DNA analysis suggests Vikings were not all Scandinavians 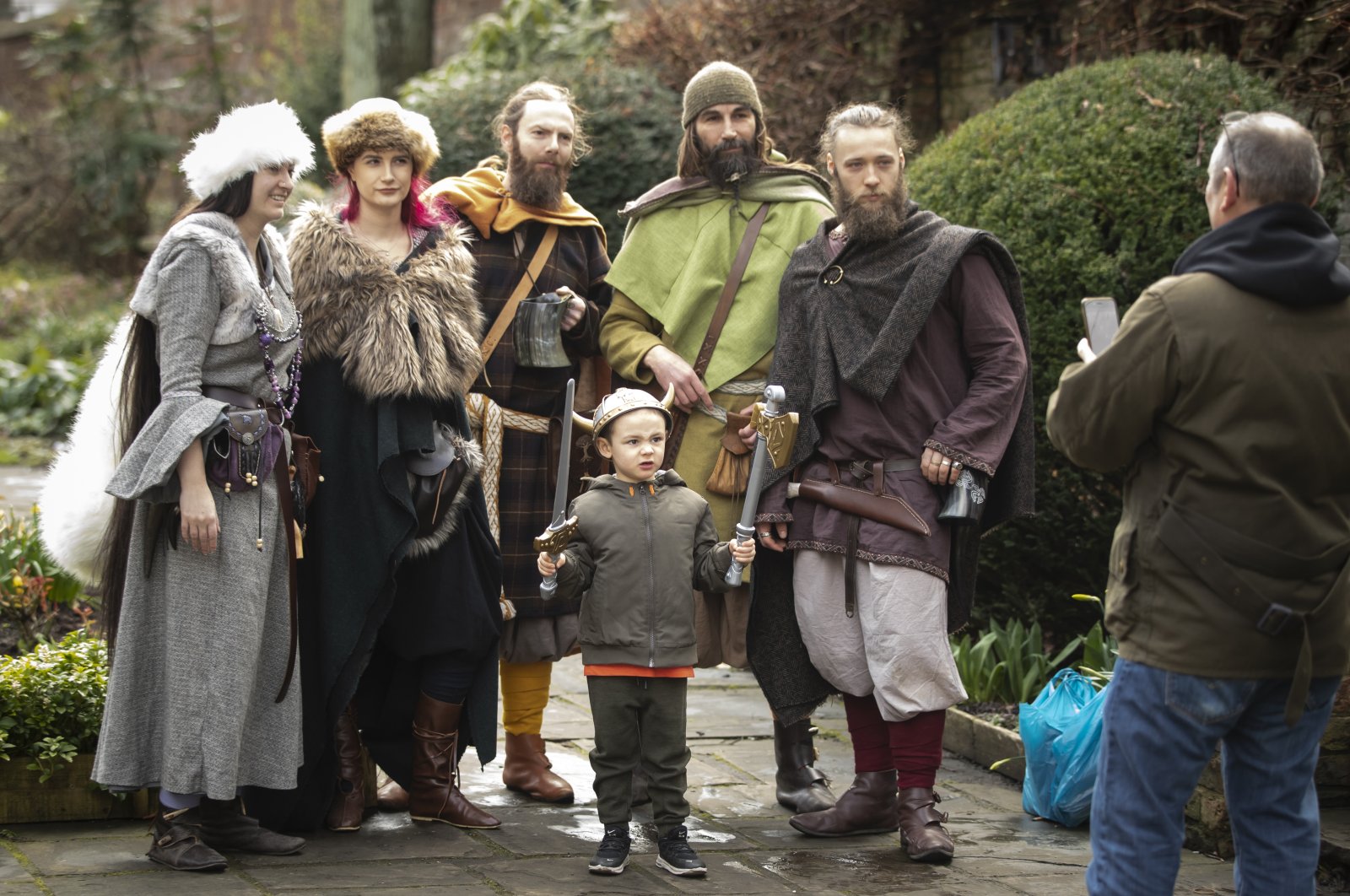 George Nuttall has his photograph taken with Viking re-enactors during the Jorvik Viking Festival in York, recognized as the largest event of its kind in Europe, Feb. 23, 2020. (Reuters Photo)
by German Press Agency - DPA Sep 16, 2020 10:06 pm
RECOMMENDED

DNA sequencing of Viking remains suggests they were not all Scandinavians, according to research published Wednesday in the journal Nature.

A multinational team led by the University of Cambridge and the University of Copenhagen analyzed 442 skeletons buried across Europe and Greenland and found that "Viking identity was not limited to people with Scandinavian genetic ancestry."

Research leader Eske Willerslev said the analysis suggests "significant gene flows" into Scandinavia from southern Europe and Asia before the start of the Viking Age, which is often dated to the 793 sacking of the monastery at Lindisfarne on Britain's North Sea coast.

Over the next three centuries, "Scandinavian diasporas" set up trading posts and towns "stretching from the American continent to the Asian steppe."

While Vikings carried out brutal raids across western Europe and enforced a slave trade through what is now Russia to the Middle East, they also founded Dublin, Ireland's capital, lent their nickname of "Norsemen" to Normandy in France, and in the late 9th century helped establish Kievan Rus, sometimes claimed as the first Russian state.

Such achievements could have spurred admiration and emulation even as Vikings ruthlessness stoked fear across Europe.

Skeletons in Scotland were "buried with swords and other Viking memorabilia" without first "genetically mixing with Scandinavians," according to the researchers, who said the internment shows "a different side of the cultural relationship from Viking raiding and pillaging."