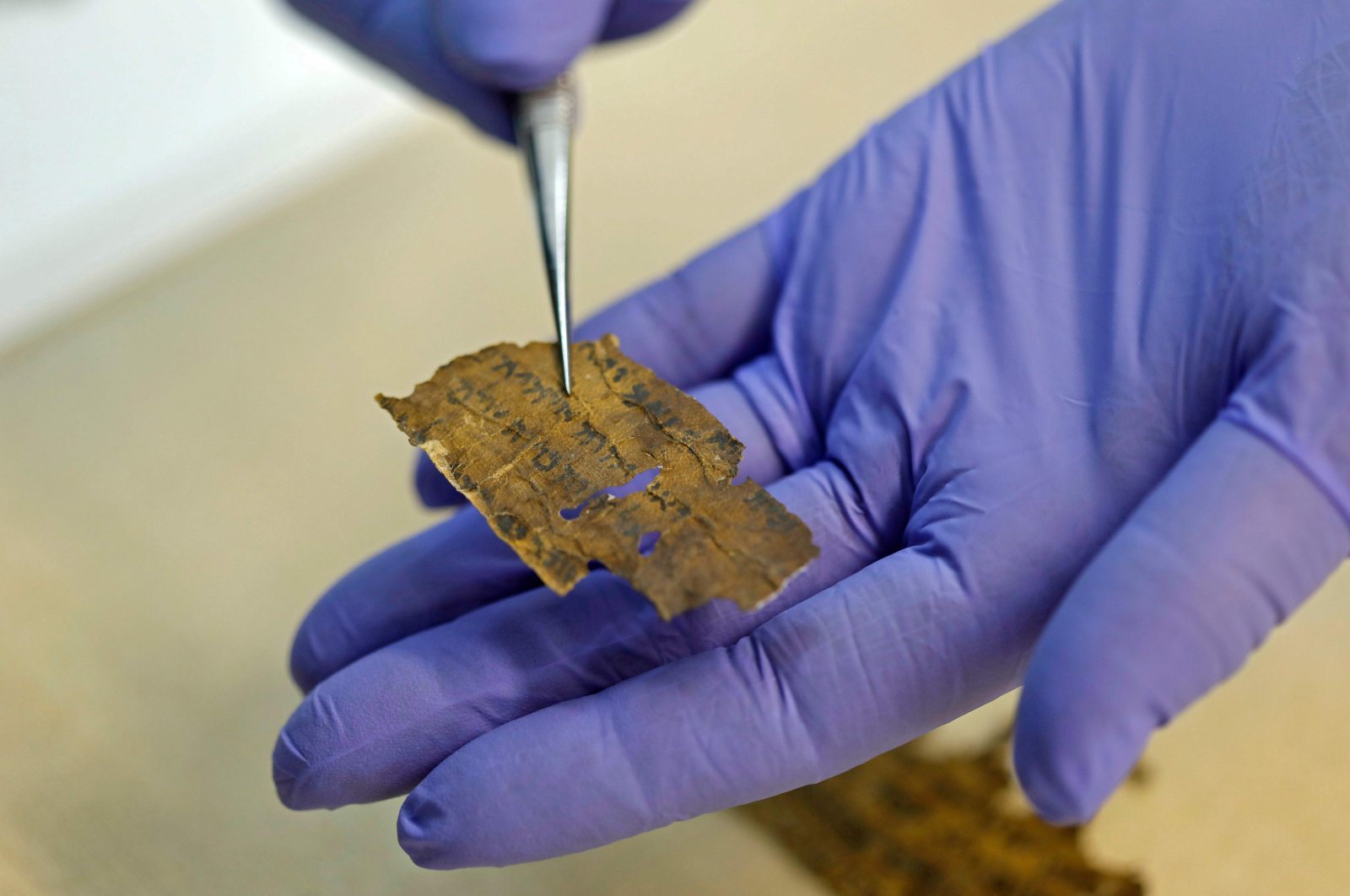 DNA research on the Dead Sea Scrolls has revealed not all of the ancient manuscripts came from the desert landscape where they were discovered, according to a study published Tuesday.

Numbering around 900, the manuscripts were found between 1947 and 1956 in the Qumran caves above the Dead Sea in the occupied West Bank.

The parchment and papyrus scrolls contain Hebrew, Greek and Aramaic and include some of the earliest-known texts from the Bible, including the oldest surviving copy of the Ten Commandments.

Research on the texts has been ongoing for decades and in the latest study, DNA tests on manuscript fragments indicate that some were not originally from the area around the caves.

"We have discovered through analyzing parchment fragments that some texts were written on the skin of cows and sheep, whereas before we thought they had all been written on goatskin," said researcher Pnina Shor, who heads the Israel Antiquities Authority (IAA) project studying the manuscripts. "This proves that the manuscripts do not come from the desert where they were found," she told Agence France-Presse (AFP).

The researchers from the IAA and Tel Aviv University were unable to pinpoint where the fragments came from during their seven-year study, which focused on 13 texts.

The Dead Sea Scrolls date from the third century B.C. to the first century A.D. Many experts believe the manuscripts were written by the Essenes, a dissident Jewish sect that had retreated into the Judaean desert around Qumran and its caves. Others argue that some of the texts were hidden by Jews fleeing the advance of the Romans.

"These initial results will have repercussions on the study of the life of Jews during the period of the Second Temple," which was destroyed in Jerusalem by the Romans in A.D. 70, said Shor.

Such archaeological research remains a sensitive subject in Israel and the occupied Palestinian territories, as findings are sometimes used by organizations or political parties to justify their claims to contested land.

In total, some 25,000 parchment fragments have been discovered and the texts have been continuously studied for more than 60 years.

"It's like piecing together parts of a puzzle," said Oded Rechavi, a professor who led the Tel Aviv University team. "There are many scrolls fragments that we don't know how to connect, and if we connect wrong pieces together it can change dramatically the interpretation of any scroll," he said.