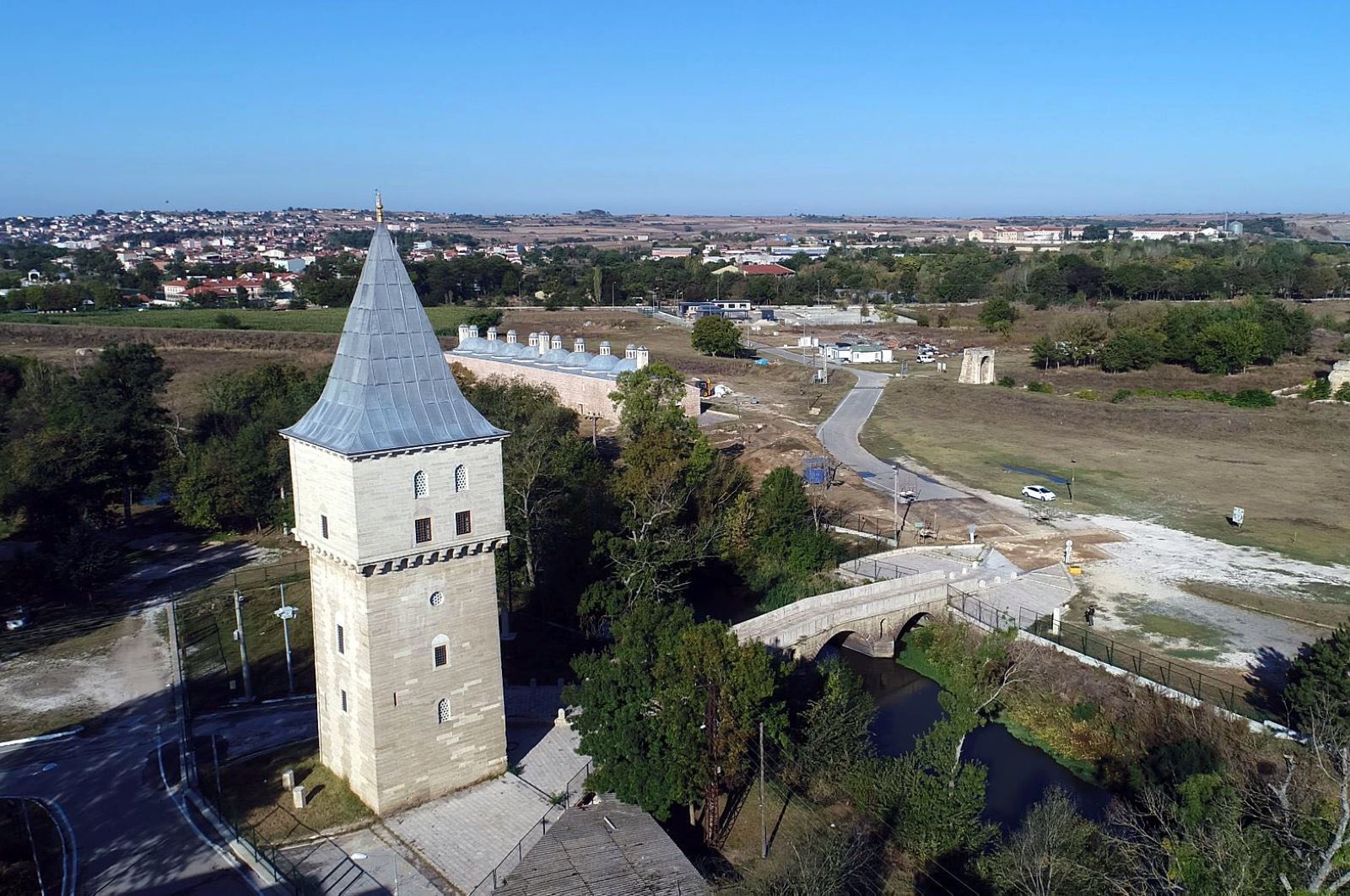 Excavation work has been extended by presidential decree on the Edirne Palace – also known as the Saray-ı Cedide-i Amire (New Imperial Palace) – the site from where the Ottoman Empire rose to magnificence. The work has been tasked to Trakya University (TU), which will continue excavation work for 12 months.

TU Chancellor professor Erhan Tabakoğlu said the excavation is expected to yield new findings with the uncovering of various important structures and works of art. “Here lies the spirit that brought us from a principality to an empire and conquered the Balkans and Istanbul,” Tabakoğlu said. “When we uncover these structures, the spirit of the age, the ideas from which we were birthed, will also be uncovered.”

Tabakoğlu explained that many attempts had been made to unearth assets from the Ottoman era and ancestry. “With the support of the Ministry of Culture and Tourism, we have set out to add a new dimension and depth to the work carried out since 2018,” he continued. “In line with this process, we allocated an excavation house to associate professor Gülay Apa Kurtişoğlu, a faculty member from the Department of Art History, who assumed the scientific consultancy of the excavation. Excavations on Edirne Palace continued under the supervision of the museum and the scientific consultancy of Professor Kurtişoğlu between 2018 and 2019.”

Tabakoğlu stressed that the team had managed to cover significant ground in excavations so far, saying: “We later applied to the Ministry of Culture and Tourism for our university to continue archaeological excavations for 12 months in Edirne Palace, which holds an exceptional place in our hearts – just like Selimiye Mosque. Our application was approved and excavations will be maintained for 12 months by Trakya University,” he said, thanking Minister of Culture and Tourism Mehmet Nuri Ersoy for his contributions in this regard.

“It is a very pleasing development for us that our excavation has been also included in those authorized by presidential decree and given to Trakya University. It will be our most important duty to lift this place up again,” he added.

Associate professor Kurtişoğlu said they were proud to be included in the excavations, pointing to the importance of TU’s role in the unearthing of such an important historical site in Edirne, the value of which has been woefully overlooked until recently.

“As part of the excavations we have been carrying out since September 2018, we have reached very significant findings,” she continued. “After this stage, we will carry out more thorough excavations in the area, expose the foundations of the buildings and attain much more scientific data about Edirne Palace. We would like to thank everyone who contributed to both decisions, which pleased us remarkably. As a team, we will continue to do our best, striving to illuminate our past.”

The construction of Edirne Palace, which was established on the edge of the Tunca River, began in 1450 upon the order of Murat II.

The palace, which has a layout similar to Topkapı Palace, reflects the general style of Turkish palace architecture with its various functional style located around a large square.

The site has borne witness to many historic events and was heavily damaged during the Russo-Turkish War.

Used as an arsenal during the conflict, the palace was later blown up on the orders of Edirne Governor Cemil Pasha – who feared it would be occupied, thereby allowing the munitions to be captured by the Russians.

Efforts to further expand on the Edirne Palace excavation site, which has uncovered an Ottoman sewage system, utensils from the palace kitchen, as well as perfume bottles used by slave-turned-sultan's wife Hürrem Sultan, continue at full pace.