Excavations at Turkey's Ani to provide boost to tourism 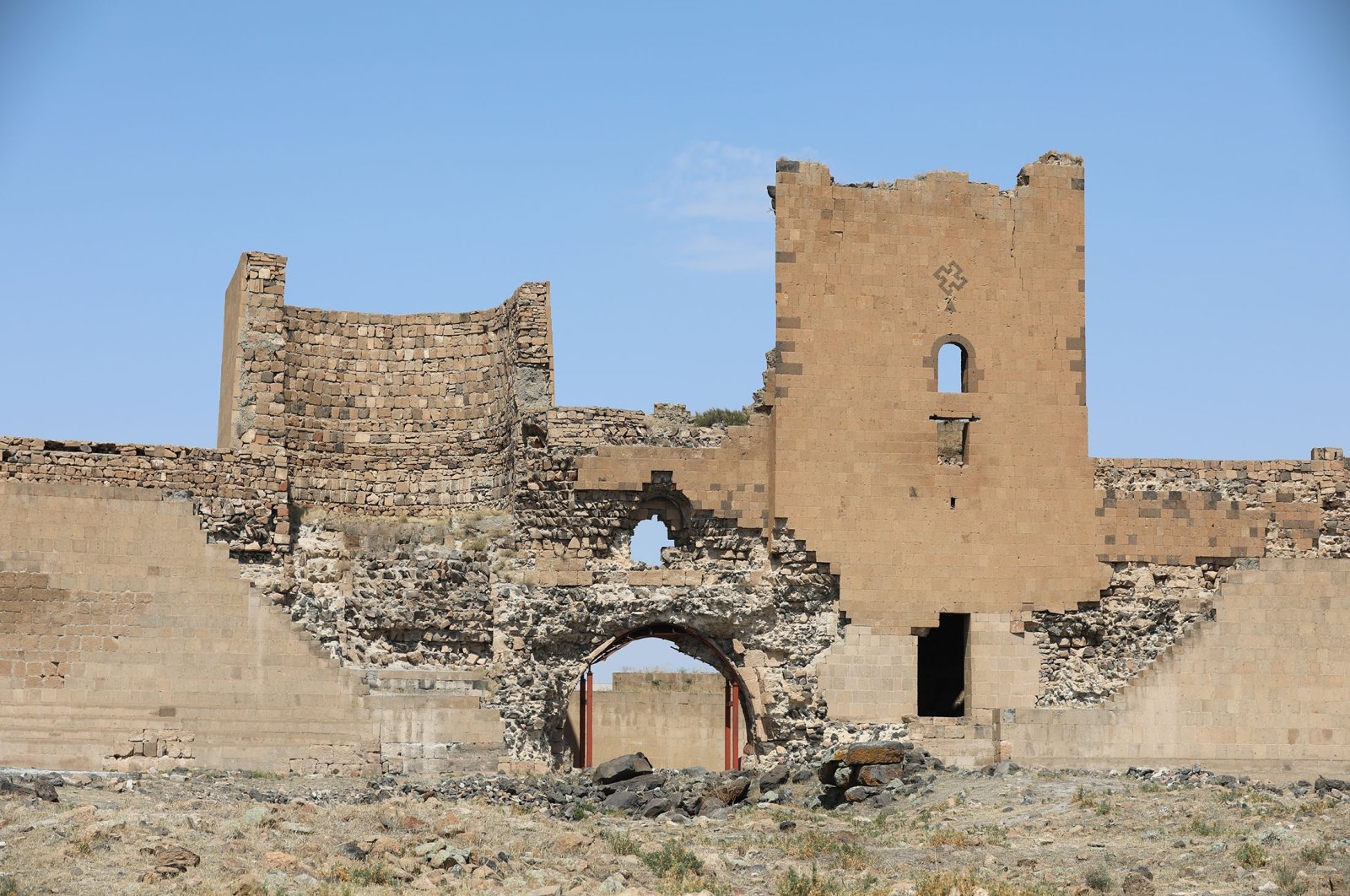 "The City with 1,001 Churches," "The City with 40 Gates," and the "Cradle of Civilizations" – all of these names are used to describe the famous Ani Ruins in northeastern Turkey's Kars province, and ongoing archaeological excavations at the UNESCO World Heritage site aim to increase the interest of tourists at the ancient city.

The city, which is known as the first entry point from the Caucasus to Anatolia, is home to numerous works of Islamic architecture from the 11th and 12th centuries.

Since the day it was founded, the city has been home to several civilizations, 23 in fact – from the Sassanid and Byzantine Empires, to the Seljuks and the Ottoman Empire – and it was conquered on Aug. 16, 1064, by Sultan Alp Arslan, the second and arguably the greatest sultan of the Seljuk Empire.

Ani also hosts several priceless historical structures and cultural treasures, with a diverse catalog of religious structures such as mosques, churches and cathedrals, each with its own unique architectural beauty and historical value.

Excavations, with a team of 35 members, have been continuing around 25 important structures that are still standing, which include the city walls, a mosque, cathedral, palace, church, monastery, Turkish bath, bridge and a partially destroyed enclosed passage.

Muhammet Arslan, head of the Art History Department of Kafkas University's Faculty of Arts and Sciences, said that the excavations were being carried out with a team of 12 universities.

"Excavations continue in different areas," Arslan said and added, "These efforts continue in the Seljuk bazaar, Seljuk mansions, Seljuk great bath and also in the cemetery."

Arslan stated tourism in the region had gained a substantial rise with the inclusion of the Ani Ruins in the UNESCO World Heritage List.

"Ani is one of the most important cities of the Middle Ages and it is also a site on the UNESCO World Heritage List. The tourism potential of this location is quite high. We are continuing our excavation works in order to reveal this potential, to take it further and to accelerate this potential," Arslan said.

"With both our excavations and restoration works, a tourism base will actually be formed and will contribute to the development of the tourism potential of the city," he added.