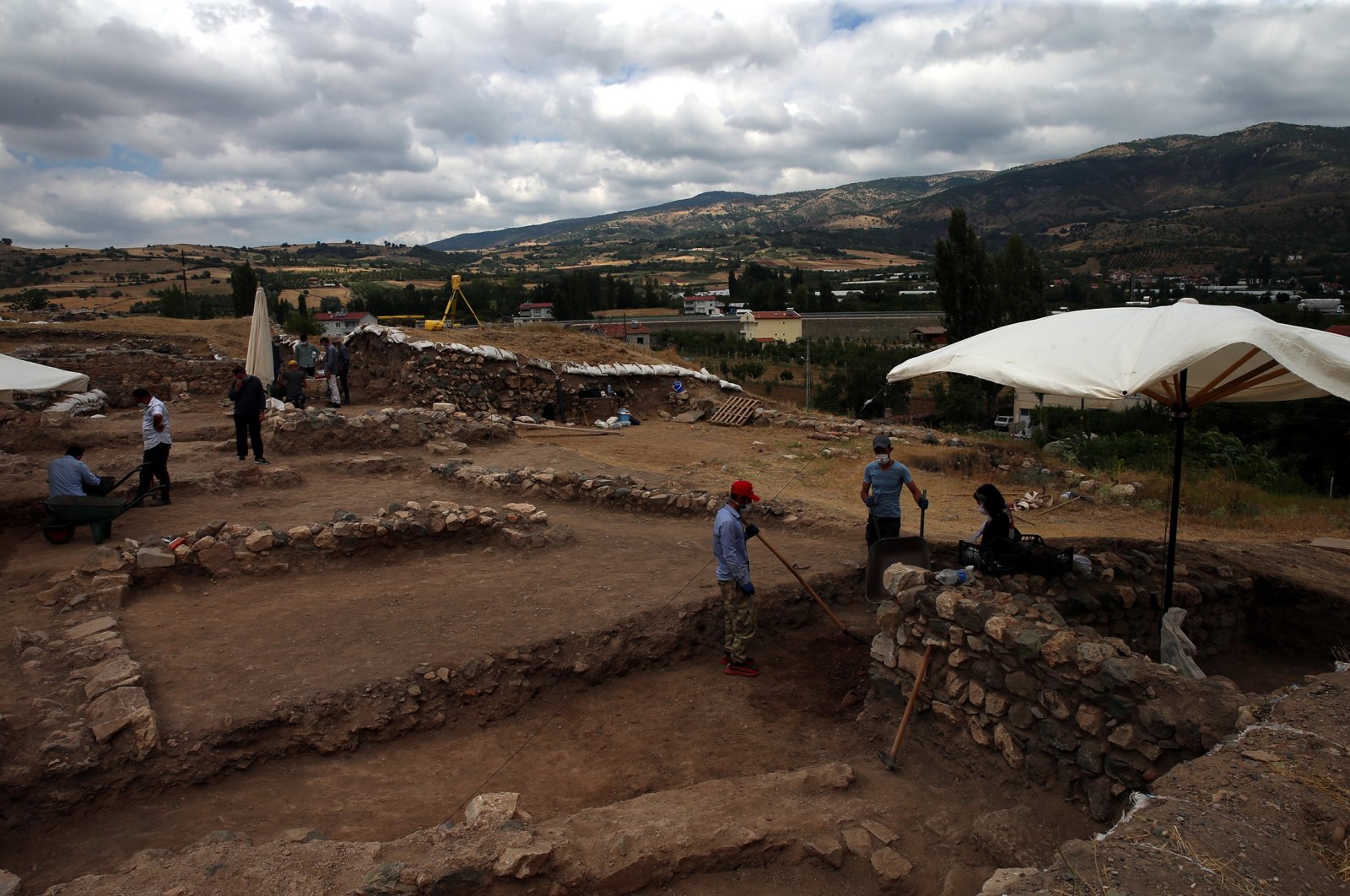 After a year of hiatus due to the global COVID-19 pandemic, archaeological excavations are back at full speed to recover the forgotten jewels of history. As such, the 2021 excavations at the ancient city of Comana Pontica in Turkey's Tokat province have just begun.

Professor Burcu Erciyas, head of the excavation team, said that the works would continue until September this year and would also include excavations at the Hamamtepe site as well.

“This year, we will carry out excavations for 40 days. Currently, 22 people are working on the site. Once our experts join us, we will reach 30 people,” she told Anadolu Agency (AA).

"We want to shed light on the Pontus Kingdom era. The main goal of our work is to expand some areas in the Hamamtepe region, which go back to the sixth century B.C. For this purpose, we continue our work in a large region."

The ancient city of Comana Pontica was historically an important cultural center under the rule of the Pontus Kingdom, during the Mithridatic dynasty, also known as the Pontic dynasty, founded by Mithridates I Ktistes in 281 B.C.

It remained an autonomous temple-state during the Roman Empire and was a sacred area dedicated to the Anatolian god Ma.

The region, which was also a trading center, attracted visitors from all regions of Anatolia with its festivals held in the sanctuary, its rich market place and the fertile land surrounding the city at that time.

It is hoped that the ancient city can reveal clues about the late Iron Age and Hellenistic period.

The Comana Pontika Archaeological Research Project was initiated in 2004, in order to find more of the ancient city, and subsequently survey, excavate and preserve. The project is supported by Middle Eastern Technical University (ODTU) and the Scientific and Technological Research Council of Turkey (TUBITAK).

After the surface surveys in the Gümenek Hamamtepe region, excavations began to unearth the ancient city.