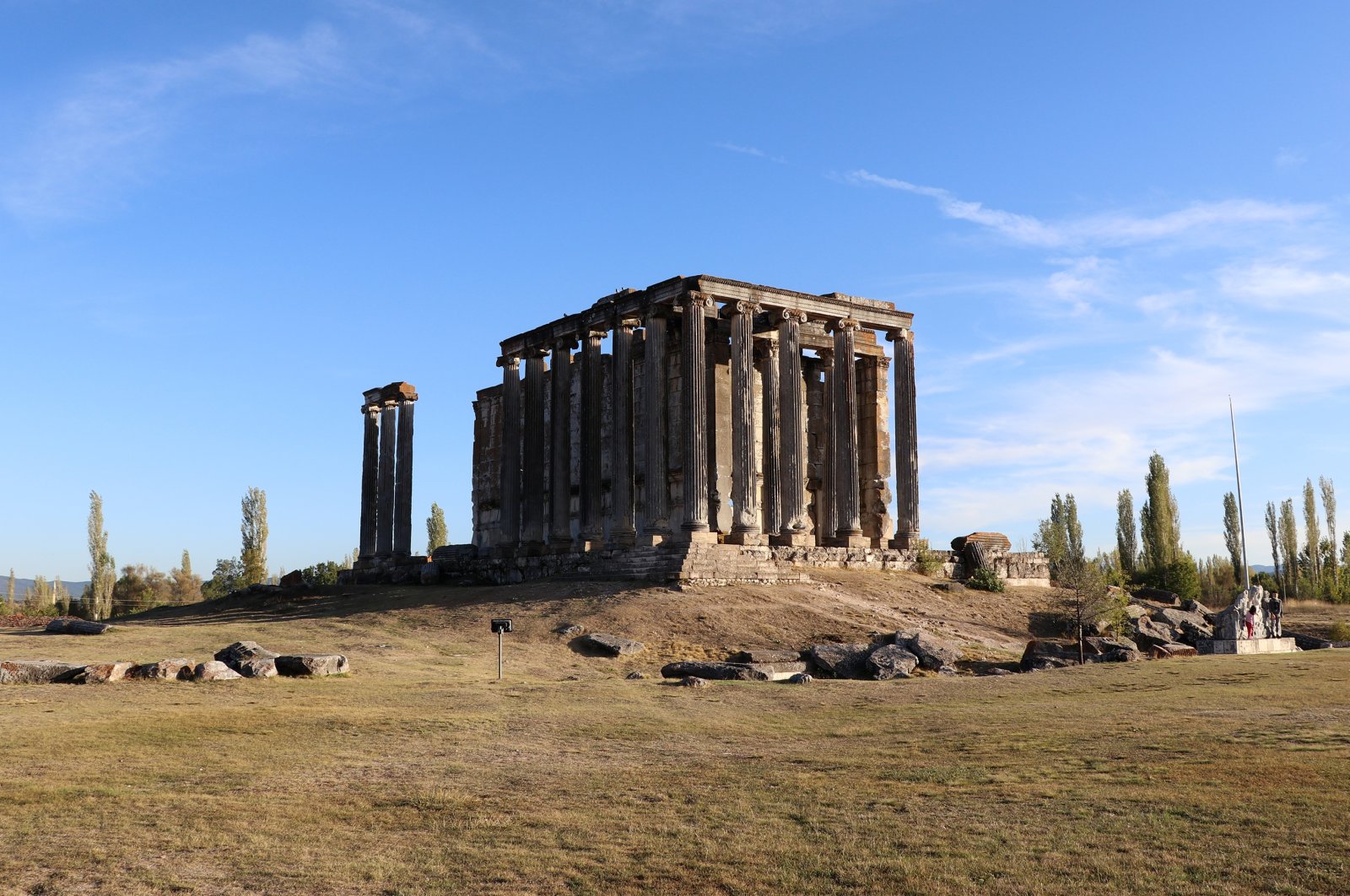 The monumental entrance gate of the Zeus Temple's sanctuary in the ancient city of Aizanoi, located in the Çavdarhisar district of western Kütahya province, Turkey, was unearthed during recent excavations.

Excavations are being carried out by the Kütahya Museum Directorate in the ancient city, which was included in the UNESCO World Heritage Tentative List in 2012 and is 50 kilometers (31 miles) away from the city center. The excavation coordinator, the head of Dumlupınar University (DPU) archeology department professor Gökhan Coşkun, told Anadolu Agency (AA) that the ancient city's history dates back to about 5,000 years.

Explaining that the gate was found during the excavations carried out with 100 workers and 25 technical personnel, Coşkun continued: “We started to uncover the monumental entrance with stairs of the sanctuary of the Temple of Zeus, which has been standing for 2,000 years, with our work this year. The remains of this structure are being uncovered day by day. We can determine the architectural blocks of the destroyed monumental entrance gate to a large extent. After the completion of our work here, the structure will be restored. We aim for visitors to walk through the agora and pass through this monumental entrance gate to the temple area, just like in ancient times."

Home to one of the most well-preserved temples in Turkey, dedicated to the Greek god Zeus, the city of Aizonai is easily comparable to Ephesus in its grandeur and importance.

Initially inhabited by the Phrygians, the area was converted into a city in the first century B.C. by the Romans and includes unique spots such as a temple; four roman bridges, two of which are still in use today; the world’s first known indoor marketplace, with inscriptions of the prices of goods sold still visible on the walls; theaters; roman baths and an ancient sacred cave.