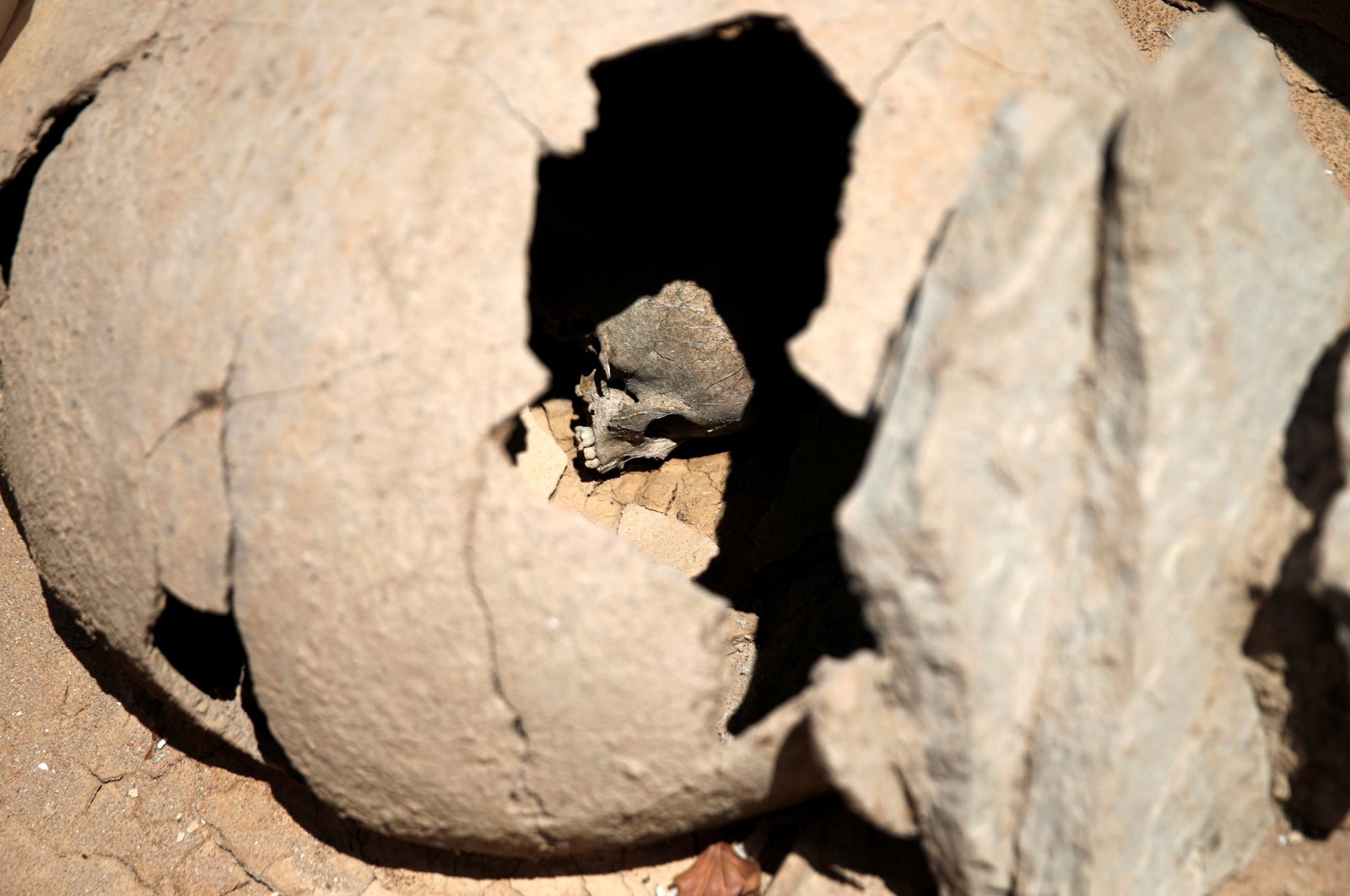 The skull of a child is seen inside a clay jar, a common practice for the burial of babies and children in ancient Greece known as pot-burial, at the ancient Falyron Delta cemetery in Athens, Greece, July 27, 2016. (Reuters Photo)
by DAILY SABAH Jun 02, 2021 10:25 am
RECOMMENDED

A 2,300-year-old ceramic pot filled with the bones of a dismembered chicken and a nail was found under the floor of a commercial building in the Greek capital of Athens.

Excavated in 2006, the jug was found next to some coins and was likely part of an ancient curse ritual. Discovered in the Athens Agora Classical Commercial Building, it is thought to have contained a curse to paralyze and kill 55 people, revealing new evidence of how people tried to use "magic" in ancient Greece.

“The pot contained the dismembered head and lower limbs of a young chicken,” classics professor at Yale University Jessica Lamont said, according to the journal Hesperia. “All exterior surfaces of the (jar) were originally covered with text; it once carried over 55 inscribed names, dozens of which now survive only as scattered, floating letters or faint stylus strokes,” Lamont wrote, highlighting that writings on the jug feature words that may mean “we bind.”

According to Lamont, the nail and the chicken remains played a role in the curse. Nails “had an inhibiting force and symbolically immobilized or restrained the faculties of (the curse’s) victims,” Lamont wrote.

The chicken was no older than 7 months when it died, and the people who created the curse may have wanted to convey the chicken's "helplessness and inability to protect itself" to the people whose names are written on the pot.

“By twisting off and piercing the head and lower legs of the chicken, the curse composers sought to incapacitate the use of those same body parts in their victims,” Lamont said. “The ritual assemblage belongs to the realm of Athenian binding curses and aimed to ‘bind’ or inhibit the physical and cognitive faculties of the named individuals.”

The jar was placed next to several fires in which the remains of animals were kept – it was thought that this could increase the power of the curse.