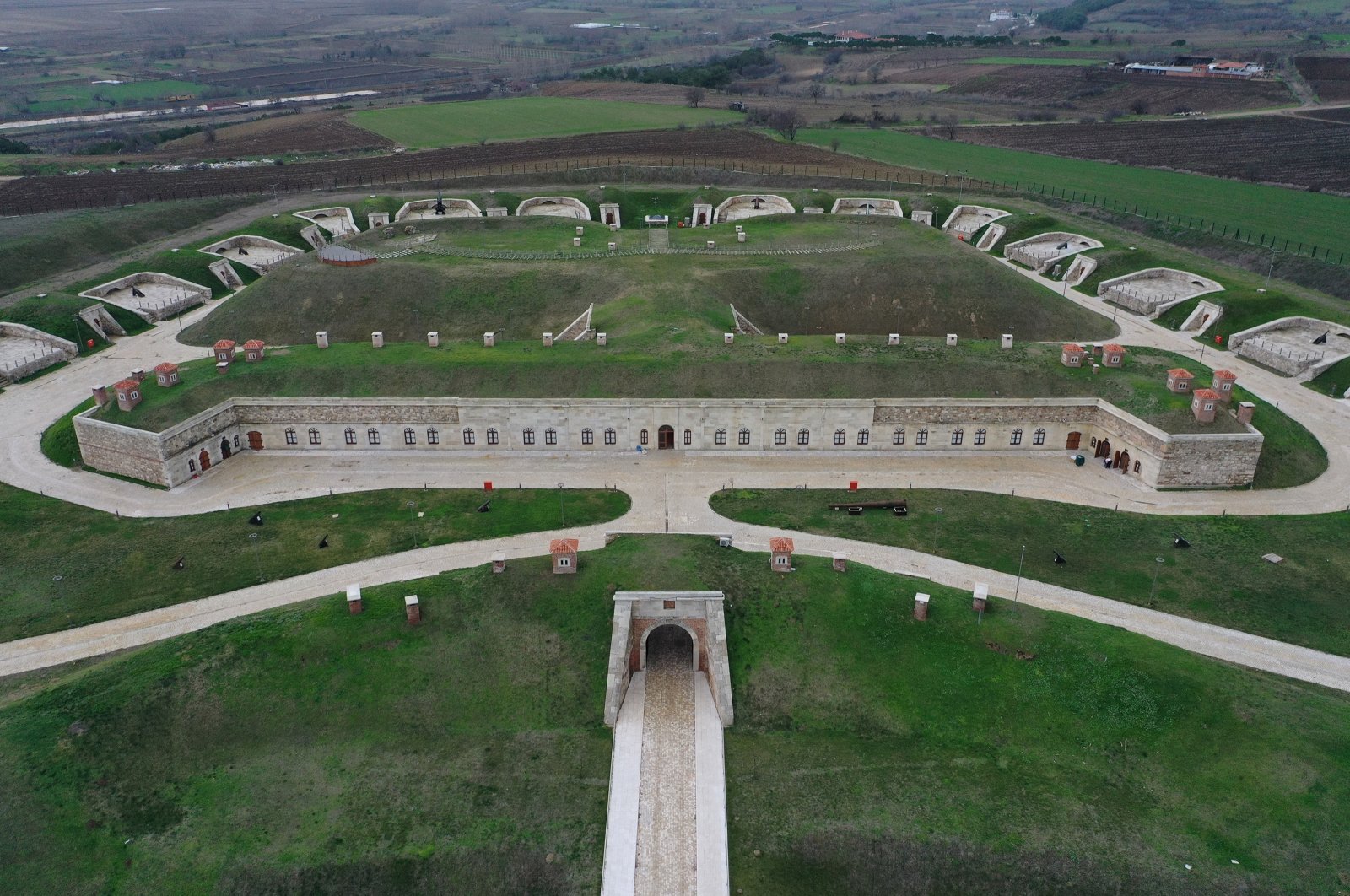 A former bastion dating back to the early 19th century in northwestern Turkey's Edirne will serve as a museum dedicated to the history of Turks in the Balkans, spanning seven centuries.

The Edirne Balkan History Museum, located at the former Hıdırlık Bastion in the western outskirts of the city, was inaugurated Thursday by Culture and Tourism Minister Mehmet Nuri Ersoy.

The minister said that the restoration of the bastion was initially completed in 2015, but it was decided to use the site as a museum. "Therefore, we brought the Balkan History Museum into life following arrangements after the restoration. At the Hıdırlık Bastion Balkan History Museum, spanning 60 decares (14.8 acres), we organized a total of 44 rooms, including 22 headquarter rooms, four cave shelters and 18 artillery rooms, as part of the exhibition efforts. The 600 yearslong history of the Turks in the Balkans, from the conquest of Edirne in 1361 to the aftermath of 1912-1913 Balkan wars, will meet visitors here," Ersoy said.

The bastion, constructed in 1829, was the largest of 24 bastions erected around Edirne to fend off attacks from the Balkans and block the road to Ottoman capital Istanbul. Overlooking the confluence points where Arda and Tundzha rivers empty into Maritsa, the bastion played a key role in Edirne's defense. It was used as headquarters during successive defenses of the strategic city conducted in the Ottoman-Russian wars and the first and second Balkan Wars.

During the siege of Edirne by Bulgarians in the first Balkan War, Hıdırlık Bastion was the headquarters of Ottoman Gen. Şükrü Pasha, who managed to defend the city for 155 days despite orders and provisions for only a monthlong defense.

With advancements in military technology and artillery, the bastion was not in use for most of the 20th century and was neglected.

The restored bastion has a sound infrastructure enabling the reenacting of battles in its history, in addition to exhibitions on Edirne's role as the second Ottoman capital and the empire's gateway to Europe, Ottoman architecture and administration in the Balkans, diaries from Balkan wars, military equipment, epidemics and migrations.