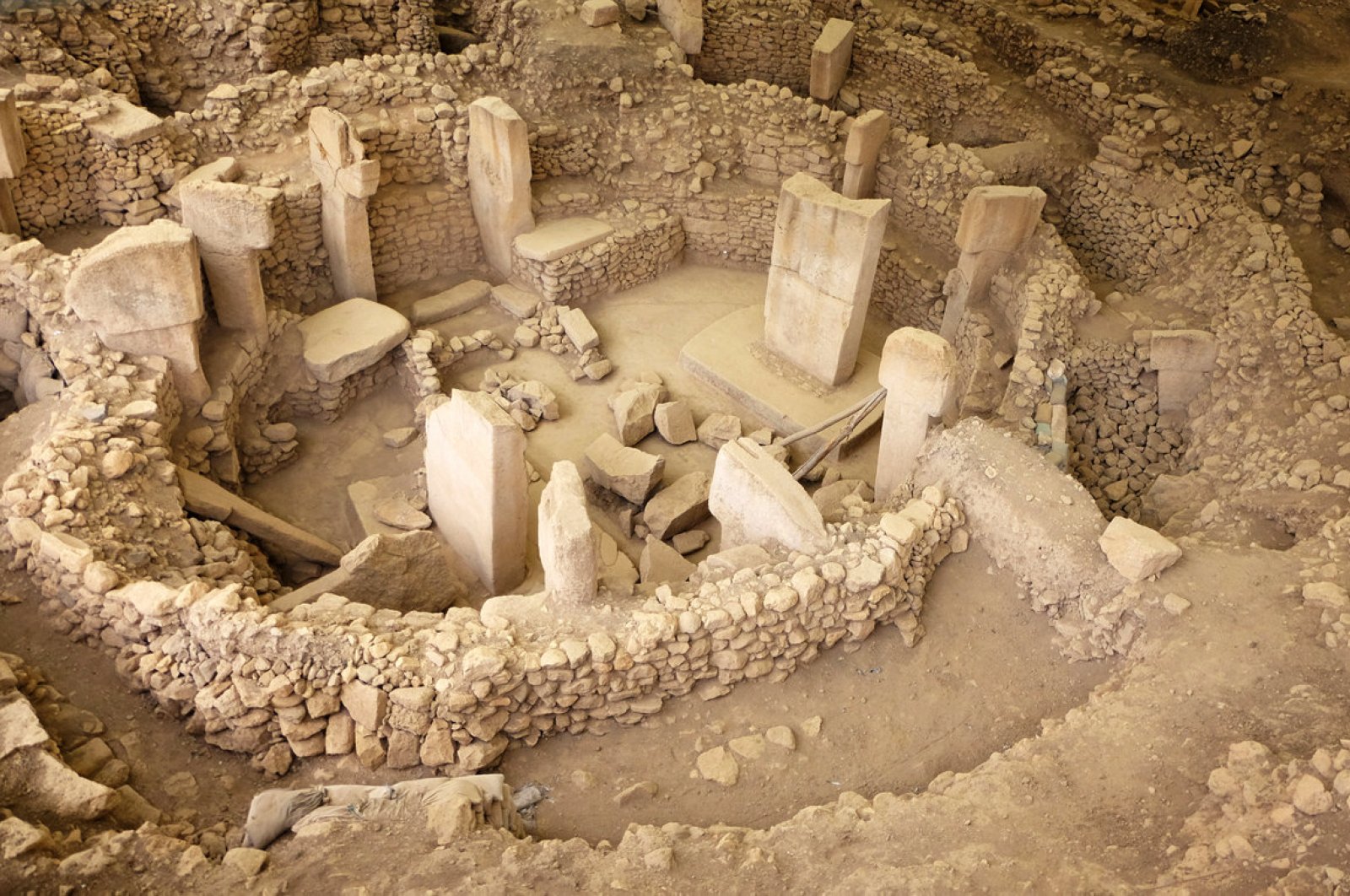 An aerial view of the ancient site of Göbeklitepe, Şanlıurfa province, Turkey. (DHA Photo)
by DAILY SABAH Apr 29, 2020 10:36 am
RECOMMENDED

Israeli archaeologists have discovered hidden geometric patterns in the layout of Göbeklitepe, an archaeological site in Turkey’s southeastern Şanlıurfa province that is home to the world's oldest temple.

Archaeologists Gil Haklay and Avi Gopher of Tel Aviv University have published a new report on Göbeklitepe, a site included on the UNESCO World Heritage List. The newest findings suggest that the Neolithic hunter-gatherers who built huge monoliths 11,500 years ago had a greater knowledge of geometry, a much more complex social structure than previously thought and that complex planning techniques were used that were previously considered impossible at the time.

Studies on the three oldest stone enclosures at the site revealed that these structures have a hidden geometric pattern, including an equilateral triangle that underlies the entire architectural plan.

Haklay and Gopher think the structure consisting of the three enclosures was designed as a single unit and most likely built at one time, contrary to previous assumptions. This scenario would mean that the builders of Göbeklitepe understood geometric principles thousands of years before the invention of the wheel and applied these principles to their construction plans.

Göbeklitepe is considered the birthplace of early civilizations and attracts millions of local and foreign tourists each year.

The site was discovered in 1963 by researchers from the universities of Istanbul and Chicago. The German Archaeological Institute and Şanlıurfa Museum have been carrying out joint excavations at the site since 1995. The most significant discovery of the excavations are T-shaped obelisks from the Neolithic era towering 3 to 6 meters (10 to 20 feet) high and weighing 40 to 60 tons.