Ich bin ein Berliner: 60 years on, the rise of the Berlin Wall 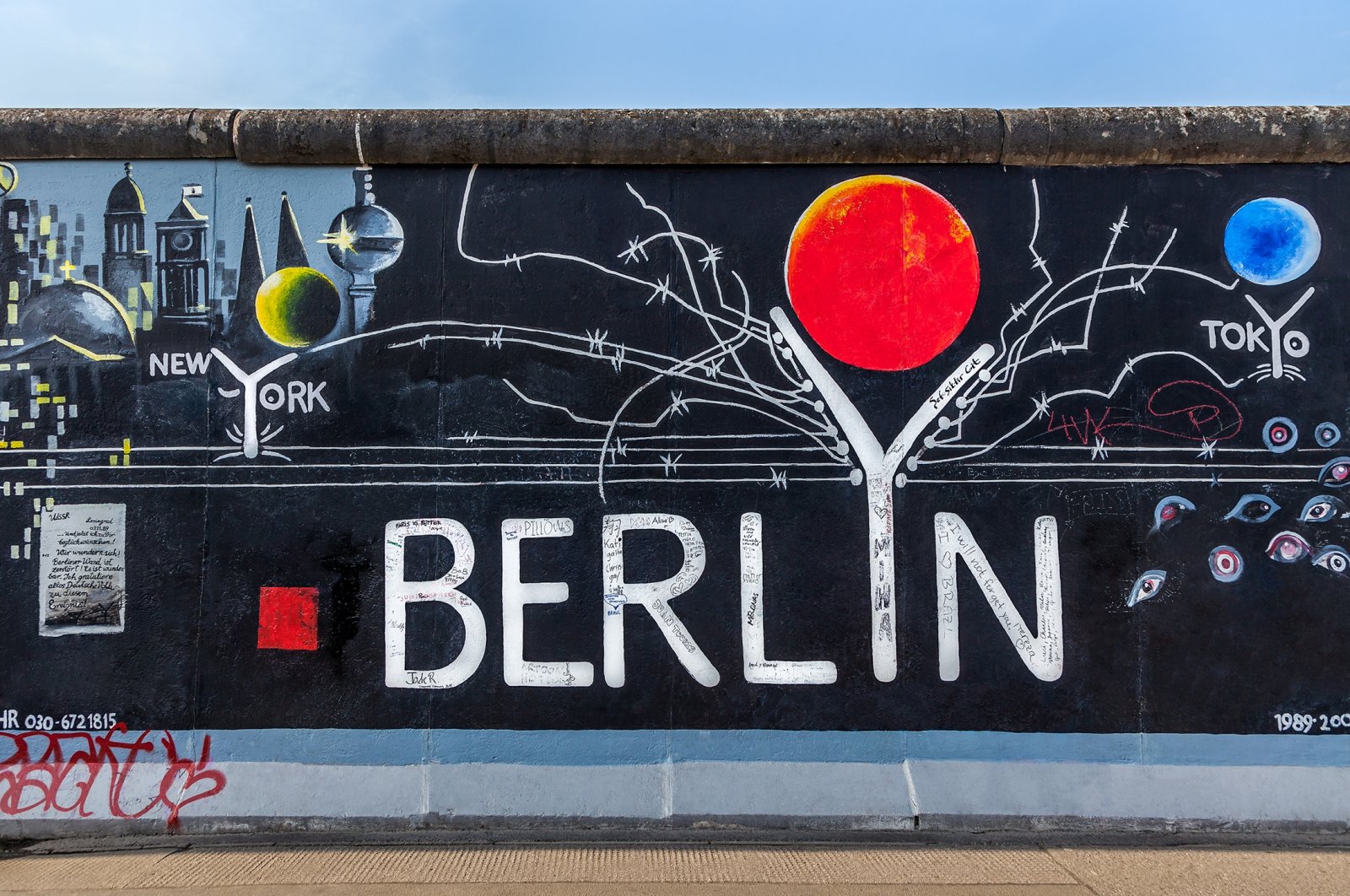 Various graffiti marking different cities can be seen on a part of the original Berlin Wall at East Side Gallery, Berlin, Germany, Sept. 15, 2014. (Shutterstock Photo)
by French Press Agency - AFP Aug 11, 2021 11:45 am
RECOMMENDED

But, just two months later, in the early hours of Sunday, Aug. 13, 1961, communist East Germany's authorities began building the Berlin Wall, cutting the city in two and plugging the last remaining gap in the Iron Curtain.

Rumors that the border between East and West Berlin was about to be closed had been swirling for 48 hours.

On Friday, the parliament or People's Chamber of communist German Democratic Republic (GDR) had given the green light to take any measures necessary to halt the exodus of its population westwards.

Over the preceding 12 years, more than three million citizens had fled the strict regime, opting for the freedom and prosperity offered by West Germany.

At 4:01 a.m. on that Sunday, a top priority Agence France-Presse (AFP) flash dated Berlin hit the wire: "The army and Volkspolizei are massing at the edge of the Eastern and Western sectors of Berlin to block passage."

In a second flash, the story was firmed up. "Berlin's metropolitan trains have for the past two hours not been going from one sector to the other."

Then one flash after another fell.

At 4:28 a.m.: "The GDR's Council of Ministers has decided to put in place at its borders, even at those with the western sector of Berlin, the checks usual at borders of a sovereign state."

Then at 4:36 a.m.: "An order from the East German interior ministry forbids the country's inhabitants to go to East Berlin if they do not work there."

After nearly 15 minutes, at 4:50 a.m.: "Inhabitants of East Berlin are forbidden to work in West Berlin, according to a decision by the East Berlin city authorities."

In the very early morning, AFP's correspondent at the scene described the situation on the ground.

"Barbed wire fences and defensive spikes have been put in place overnight to hermetically seal the border between East Berlin and West Berlin.

"The road is practically cut off for refugees.

"Most of the crossing points between the two sides of the city have been cut off since sunrise and are heavily guarded by the police patrolling with machine guns on their shoulders.

"Germans from East Berlin can no longer go to the West without a special pass, the controls are excessively strict.

"As the net falls over the communist part of the city, a young Berliner from the East manages against all odds to ram with his car the barbed wire separating the two sectors of the city.

"Seeing the young man arriving at high speed in a Volkswagen, the police were too taken off guard to be able to stop the car, which carried the barbed wire placed across the street right to the French sector," AFP wrote.

Little by little, the kilometers of barbed wire will give way to a 43- kilometer-long (27-mile-long) concrete wall cutting the city in two from north to south.

Another outer wall, 112 kilometers (70 miles) long, cuts off the enclave of West Berlin and its two million inhabitants from the GDR.

Constantly upgraded over its 28 years of existence, more than 100 kilometers (60 miles) of the wall is made up of slabs of reinforced concrete, 3.60 meters (12 feet) high, crowned with a cylinder without a grip, making it almost impossible to climb.

The remainder is made of metal wire.

Along the eastern side of what is widely called the "wall of shame" stands a "no man's land," 300 meters (990 feet) wide in places.

At the foot of the wall a "death strip" made up of carefully raked ground to make it possible to spot footprints, is equipped with installations that set off automatic gunfire and mines.

However hermetic this formidable "anti-fascist protection rampart," as it was officially known, would be, it would not prevent the escape of nearly 5,000 people until it fell on Nov. 9, 1989.

Around 100 fugitives lost their lives trying to cross over.