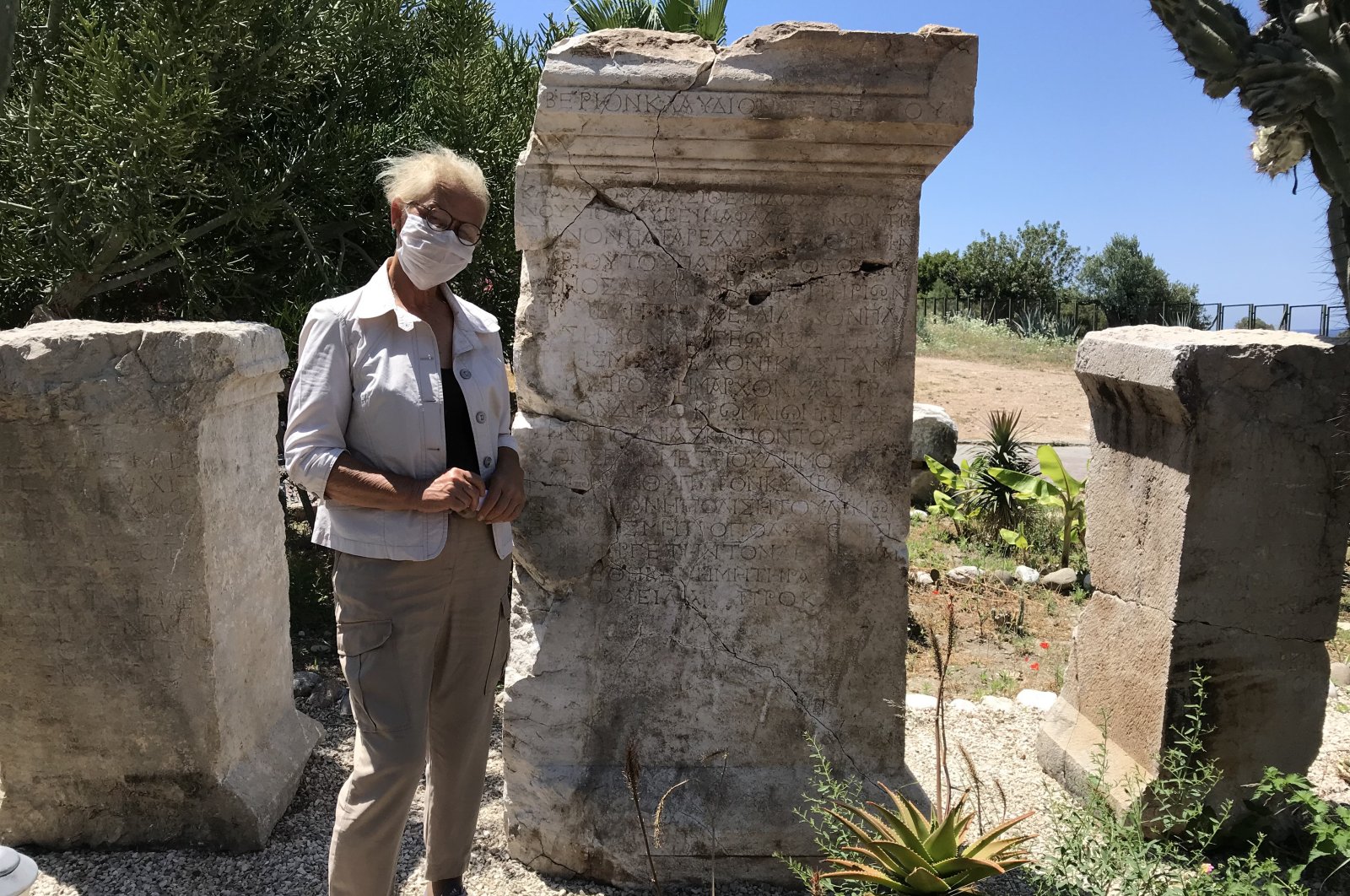 Located in the Kaş district of southwestern Antalya province, Patara is known as the capital of the ancient Lycian civilization, which consisted of 23 cities in the middle of the first century B.C.

As a result of investigations on the inscription, it was determined it was made by Vilia Prokla, one of the city's wealthiest women to honor her son – the Roman senator and governor of Cyprus and the Pontus States.

The inscription, which conveys details about the senator the world knew little about, will be exhibited at the Demre Museum after a period in the garden of the excavation house.

“This is a very important inscription. We had information about Celer's mother and father with the same name. However, we did not have enough information about him. We had detailed knowledge. This is really valuable information for scientists specialized in ancient history. It became a gift of the Year of Patara to us,” she added.

Turkish President Recep Tayyip Erdoğan in February announced 2020 as the year of Patara in a bid to promote and draw attention to the ancient city. With its history, the city is well known as the "cradle of civilizations.” It was home to one of the world’s first democratic parliamentary systems and was a hub for ancient Egyptian traders.

With its 6,000-year-old heritage, the region is also known for the remains of the Lycian parliament building and its lighthouse, possibly the world’s oldest, as well as it's tranquil beaches.