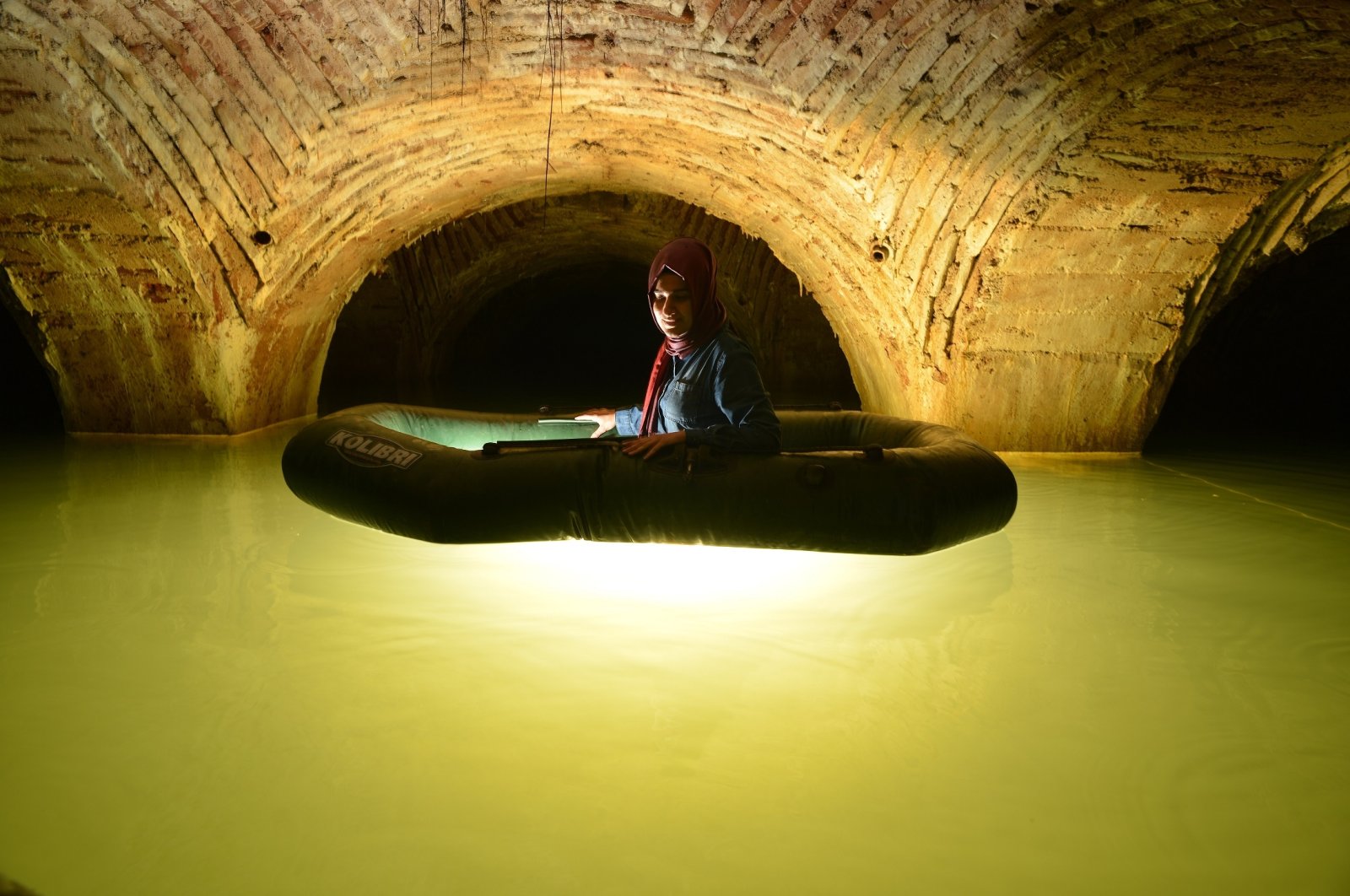 Istanbul, one of the most historic cities in the world, still has mysterious discoveries to offer archaeologists it seems as researchers photographed never-before-seen spots under the grounds of the aptly named Historic Peninsula part of the city where the Hagia Sophia Grand Mosque, Topkapı Palace and Hagia Irene Church are all located.

There have always been urban legends and myths surrounding underground Istanbul, with tunnels and escape routes widely believed to exist thanks to the extensive historical water channels found beneath the Historic Peninsula. However, Ulaş who has now traveled through these channels, some of them by boat, believes she has debunked these theories.

The historical tunnels which once upon a time helped supply the water needs of the metropolis, now stand derelict and filled with remains of bygone eras like bone fragments, wastes of goods and jars.

Ulaş has been working on the underground structures of Istanbul for three years now. Before going down the black holes, she conducted extensive research at the historical libraries and archives about the tunnels and channels.

"In light of Ottoman documents, I examined 285 underground structures in the Historic Peninsula," Ulaş told Demirören News Agency (DHA) and added, "As a result of our studies, I have determined that 59 of the 285 underground infrastructures no longer exist."

Ulaş noted that this project was the first of many things. "The underwater images of the cisterns that exist in the gardens of Fatih Mosque's Black Sea Madrassa, Ahmediye Mosque, Süleymaniye Mosque and the Archaeology Museum were pictured for the first time," she said.

"The cisterns are unique structures for the city, both artistically and architecturally. These cisterns have been very important for the delivery, arrangement and distribution of water in Istanbul since ancient times," Ulaş added.

"There is also a myth that exists in the social memory of people that every underground tunnel in Istanbul leads to Hagia Sophia," she continued.