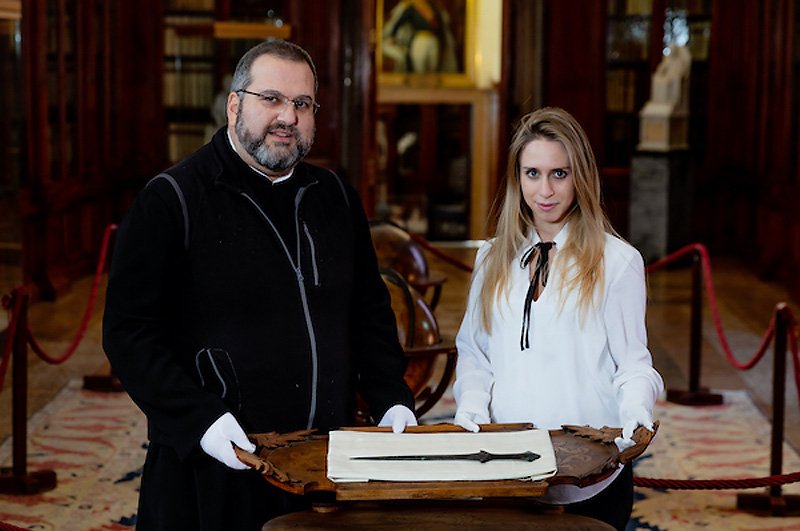 It was 2017 when Dall'Armellina, who was then a doctoral student at Ca’Foscari University, visited the Saint Lazarus Monastery. Located on a small island in the Venetian lagoon, the monastery is home to the Mekhitarist friars, an Armenian Catholic congregation who settled there in 1717.

While touring the monastery’s museum accompanied by a guide, a metal sword drew the attention of Dall’Armellina. The 17-inch sword was similar to those she saw in her studies as an archaeologist.

CNN reported Wednesday that Dall’Armellina immediately noticed the artifact, which was labeled as being from the Middle Ages, and had a hunch that the sword was much older. She conducted chemical composition analyses on the sword in partnership with the University of Padua. After two years of work, she confirmed that the artifact actually dates back as far as 5,000 years, making it one of the oldest weapons ever found.

The chemical composition of the sword matches that of other specimens found in the Royal Palace of Arslantepe, an archaeological site in Eastern Anatolia, and the sword found in the Tokat Museum in Turkey, originating in the Sivas region. Their shapes are also remarkably similar, according to CNN.

Elena Rova, the professor who supervised Dall’Armellina’s research, also told CNN that she was skeptical at first when her student said that she thought the sword was older than labeled. But the research revealed that the Italian student was completely right.

Rova, together with her student, collaborated with the monastery’s archival researcher, Father Serafino Jamourlian, to learn the sword’s history. Following their research at the archives, they found that the artifact was brought from Turkey to Italy as part of a shipment from Yervant Khorasandjian, a civil engineer in the Ottoman Empire. According to Jamourlian’s statement’s to CNN, he believes Khorasandjian presented the sword to Father Ghevont Alishan to show his gratitude.

The sword has been displayed at the monastery, which is currently closed amid the COVID-19 outbreak.