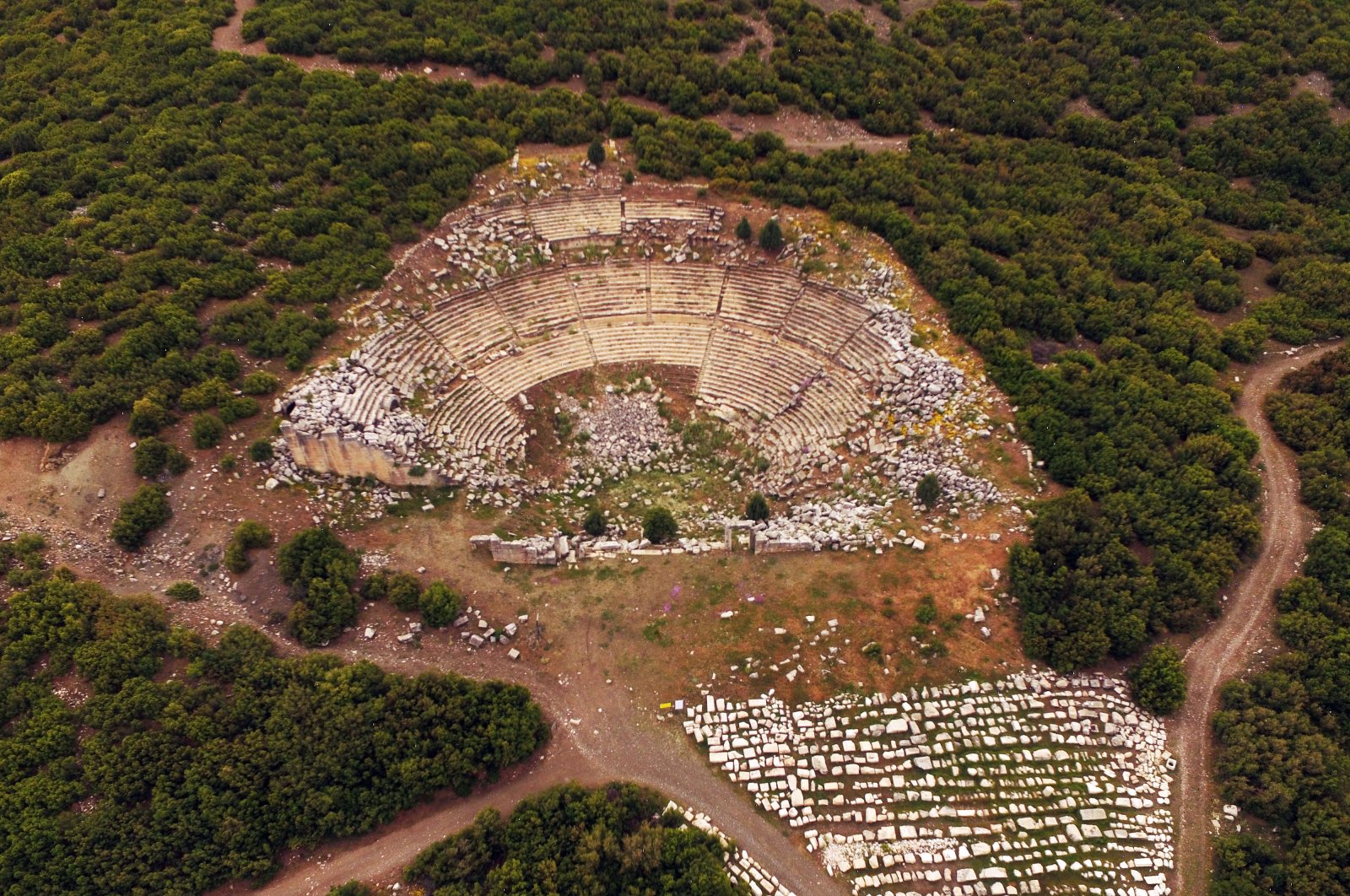 An aerial view of Kibyra's theater, which has a capacity of 10,400 people, in the Golhisar district of Burdur province, Turkey. (AA Photo)
by Anadolu Agency Jun 11, 2020 4:11 pm
Edited By Irem Yaşar
RECOMMENDED

The ancient city of Kibyra, also known as the "city of gladiators," in southwestern Turkey is set to become a new tourist hotspot.

The 2,300-year-old city is located among juniper and cedar forests in the Golhisar district of Burdur province at an altitude of 1,350 meters (4,429 feet).

The town, where excavations began in 2006, will fascinate visitors with its monumental buildings.

It is admired for its magnificent 10,400-person stadium built with Roman and Byzantine architectural traditions, an odeon (music house) covered with a Medusa mosaic, a late Roman bath, agoras, a main street, and underground chamber tombs.

The ancient city has been on the UNESCO World Heritage Temporary List since 2016. As Turkey is returning to normalcy amid the coronavirus outbreak, it is now ready to welcome visitors while maintaining hygiene and social distancing measures.

Şükrü Özüdoğru, the president of the excavation committee for the ancient city, said Kibyra was closed for a time due to the virus.

Özüdoğru, who is also a professor of archeology at Burdur's Mehmet Akif Ersoy University, said the area has been disinfected and information signs have been placed across the city.

"I recommend that everyone visit Kibyra ancient city, which takes its guests on a historical journey with its untouched natural environment and magnificent monumental buildings," he told Anadolu Agency (AA).

Kibyra was a city famous for its gladiators during the Roman Empire and lasted for 1,000 years, Özüdoğru said, adding that according to archaeological sources, the magnificent stadium was the scene of the spectacles.

Noting that the stadium is 215 meters long and 52 meters wide, he said, "The stadium, which hosted gladiators with its 10,400-person-capacity, is among one of the five monumental stadiums in Turkey."

"With the completion of the project initiated by the Culture and Tourism Ministry, the stadium will host international activities," he said.