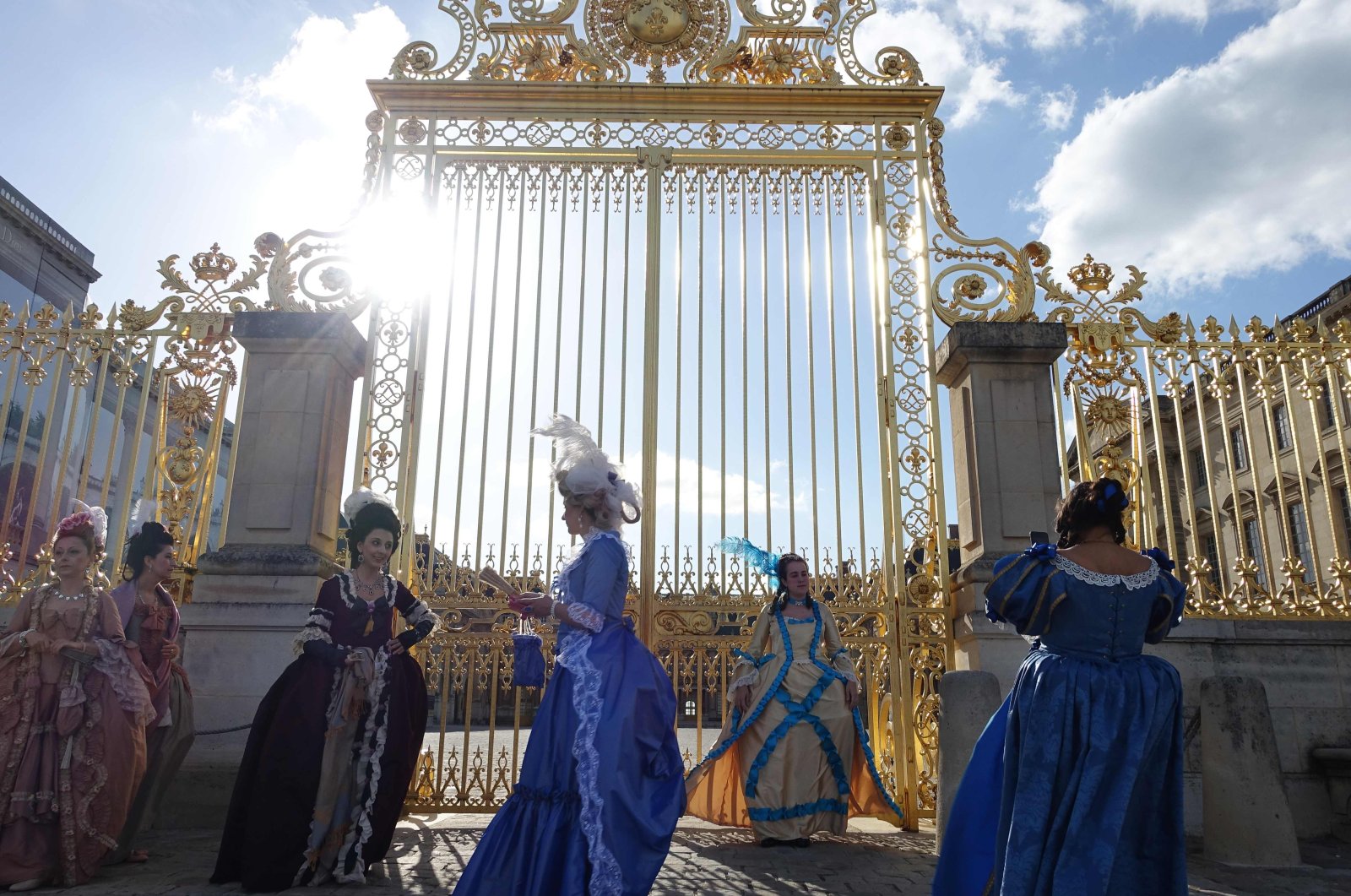 Women dressed in period costume wait for the gates of the Palace of Versailles to open as they prepare to participate in a festival as part of celebrations for The Year of Louis XIV, Versailles, June 1, 2015. (AFP Photo)
by French Press Agency - AFP May 25, 2020 3:11 pm
RECOMMENDED

Ill-fated French Queen Marie Antoinette's travel bag recently sold for more than five times its estimate in a royal memorabilia auction held near her one-time home at the Palace of Versailles.

A large embroidered serviette used during the coronation of the Austrian-born monarch – who lost her head during the French Revolution – also went for several times its estimate.

The Osenat auction house said there had been fierce bidding late Sunday "both in the room, over the telephone and on the internet" for the relics of France's most iconic queen.

The damask serviette embroidered with the royal fleur-de-lis insignia and leaf crowns with a bouquet of roses at its center went for 14,500 euros.

Marie Antoinette had fond memories of the coronation ceremony in Reims Cathedral in 1775, writing to her mother in Vienna, "It's an amazing thing to be so well received two months after the revolt" over high bread prices.

Ironically, it was her supposed insistence that the starving peasants eat cake – "Let them eat brioche" – that would later help seal her fate and that of the French monarchy, although there is no evidence that Marie Antoinette actually said that.

A lock of hair from her husband, Louis XVI, who also lost his head on the guillotine, went under the hammer for 4,000 euros. The couple is still regarded as martyr saints to French monarchists, with the king's hair kept inside a medallion of rock crystal in the shape of a heart.