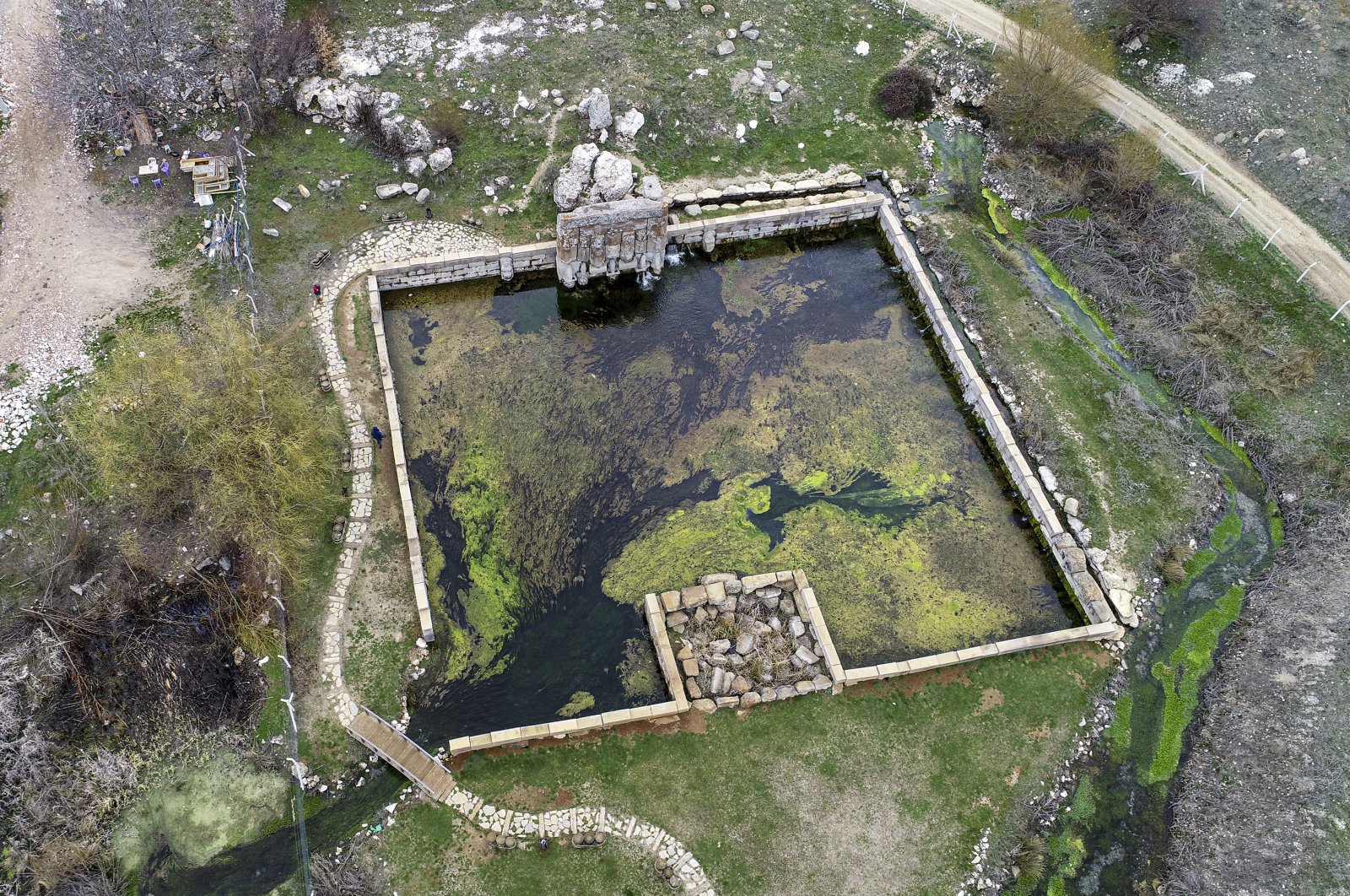 Ramazan Dursun, who lives in the Beyşehir district of central Konya province, is the volunteer guard for the Eflatunpınar Hittite spring sanctuary dating back to the late Hittite period. The spring sanctuary, located near his home, was included in the United Nations Educational, Scientific and Cultural Organization’s (UNESCO) World Heritage Tentative List in 2014. Dursun, a farmer living in the Beyşehir district of Konya, is the volunteer caretaker of the monument, which was built by King Tudhaliya IV in 1200 B.C. during the late Hittite period.

The Hittite spring sanctuary of Eflatun Pınar, located 4 kilometers (2.49 miles) from the Sadıkhacı neighborhood, has attracted attention with its rare system, which ensures that the flowing water accumulates in the pool and is used in an efficient way when necessary.

Built with relief technique on rocks shaped in rectangular form along with a large pool built on the natural water source, Eflatunpınar provides the flow of water into the pool by means of channels that are parallel to walls with god and goddess figures. It gives information about the water installation and technology of the period.

Indicating that the water channels were discovered after the restoration, Dursun told Anadolu Agency (AA) in an interview: “The water flowing through the walls adds a distinct beauty to the pool. The water springs from behind the monument. The water here runs along the creek to three or four neighborhoods. The surrounding area was declared a protected site and construction is banned.”

The monument, constructed by meticulously combining the coherently cut andesite blocks, is distinguished from other rock monuments of the Hittite civilization by its original stonework, composition in reliefs and arrangement as an open-air temple.

The Eflatunpınar Hittite Monument was thought to have been 3.5 meters (11.5 feet) high since 1837, but it was later determined by the Konya Museum Directorate to be 7 meters high, as a result of excavations carried out from 1996-1997 and 1999-2001. The excavations revealed that there was also a 30-by-34 meter sacred pool linked to the monument. On the facade of the monument are 19 stone blocks with various figures.

Dursun, 58, said many people have visited the historic structure over the years. He stated that he constantly visits and checks on the monument during the day because his house is nearby, noting the importance of handing down the 3,200-year-old monument to future generations.

“Two people I found suspicious in previous years were scouting around the monument. I asked them what they were looking for, and when they gave contradictory answers, I called the gendarmerie, and they left there immediately. Treasure hunters are coming as well," he said.

Explaining his ties to the historic spot, Dursun explained: "My house is near here. My father cared a lot about this area because he was the headman of the neighborhood. I would say that I inherited volunteer guardship from my father. It is an important legacy of humanity that needs to be preserved and passed on to future generations. I built a house here about 30 years ago. I make a living by farming and livestock. We lived in the village before."

"I am afraid this place would be a ruin without us. From time to time, nearly 500 people visit this area daily," he added.