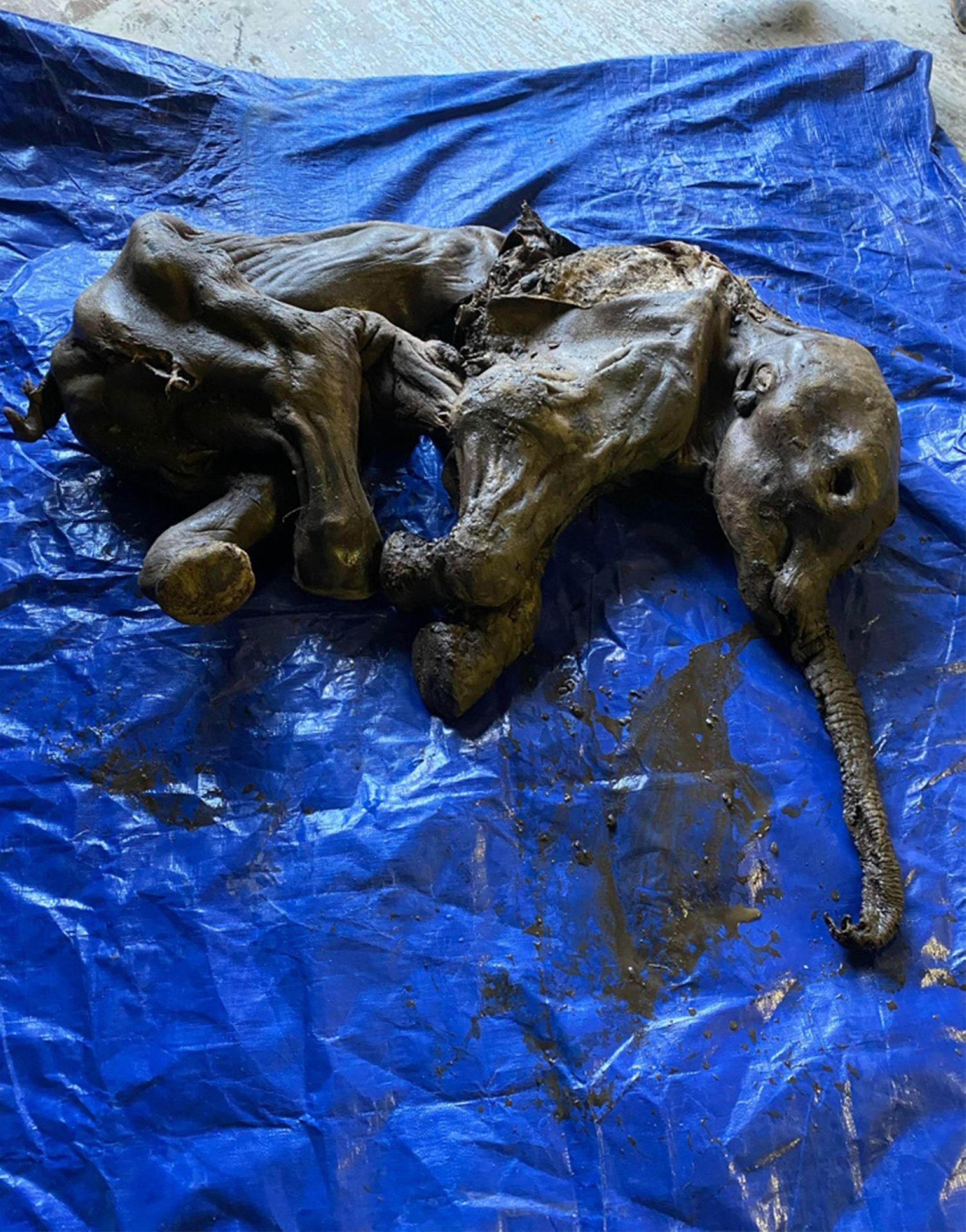 A near-complete, frozen baby woolly mammoth has been discovered by miners digging for gold in Yukon, Canada.

The discovery occurred on the land of the Indigenous Tr'onkdek Hwech'in First Nation by miners working the Eureka Creek in the Klondike gold fields in the Yukon in Canada's far northwestern territory. It is situated alongside Alaska.

Officials said it was the "most complete" mummified woolly mammoth discovered in North America but not the first of its kind.

"The Yukon has always been an internationally renowned leader for the ice age and Beringia (ancient arctic landscape) research," said Yukon Minister of Tourism and Culture Ranj Pillai in a joint press release with the Tr'onkdek Hwech'in First Nation.

The Tr'onkdek Hwech'in First Nation has named the calf Nun cho ga, which means "big baby animal" in their language.

"We are thrilled about this significant discovery of a mummified woolly mammoth calf: Nun cho ga," Pillai said. "Without strong partnerships between placer miners, Trʼondëk Hwëchʼin, and the Yukon government, discoveries like this could not happen."

Placer is the name given to mining gold in streams as opposed to solid rock.

"This is a remarkable recovery for our First Nation, and we look forward to collaborating with the Yukon government on the next steps in the process for moving forward with these remains in a way that honors our traditions, culture, and laws," said Tr'ondek Hwech'in Chief Roberta Joseph in the statement.

Researchers who recovered the baby mammoth placed her death in the ice age about 30,000 years ago and she is so remarkably preserved because she was frozen in the permafrost.

"As an ice age paleontologist, it has been one of my lifelong dreams to come face to face with a real woolly mammoth," said Grant Zazula, a paleontologist with the Yukon government. "That dream came true today. Nun cho ga is beautiful and one of the most incredible mummified ice age animals ever discovered in the world. I am excited to get to know her more."