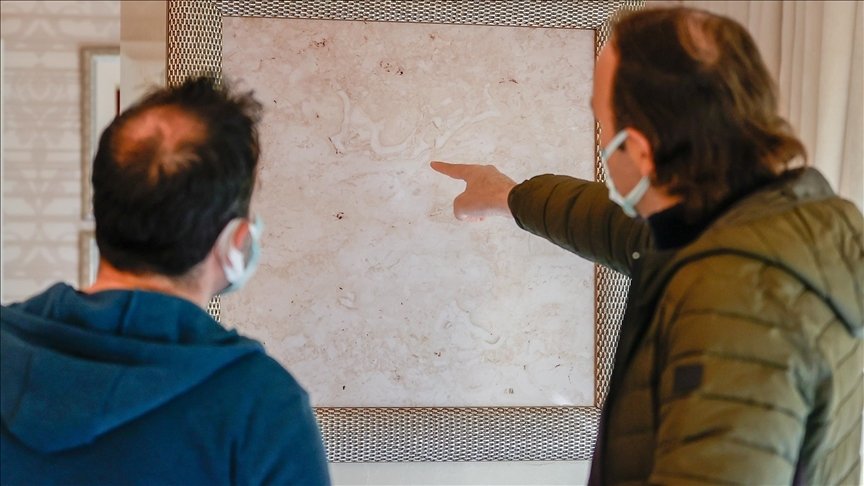 Some workers mining in a marble quarry in Turkey's Mediterranean resort city of Antalya discovered fossils of an extinct shark megalodon that lived 195 million years ago.

The fossils belonging to one of the largest sea creatures that ever lived were found on the surface of a marble piece in a marble quarry in Antalya's Korkuteli district.

Later, geological engineer Fuzuli Yağmurlu from Suleyman Demirel University in Turkey's southwestern Isparta province inspected the fossils and found that the figures were formed by remains of an extinct mussel-like megalodon that lived in the marine ecosystem 195 million years ago.

A megalodon has a thick mussel-like double shell, Yağmurlu said, adding that the shape of their fossils is similar to that of a human heart.

Yağmur Eren, an export specialist of the marble factory, told Anadolu Agency (AA) that the workers noticed a different image on the surface of the stone.

Eren said it is the first time they have had encountered such an incident in the marble quarry, adding: "We are currently exhibiting the marble in the quarry here."