Mummy up to 1,200 years old unearthed in Peru 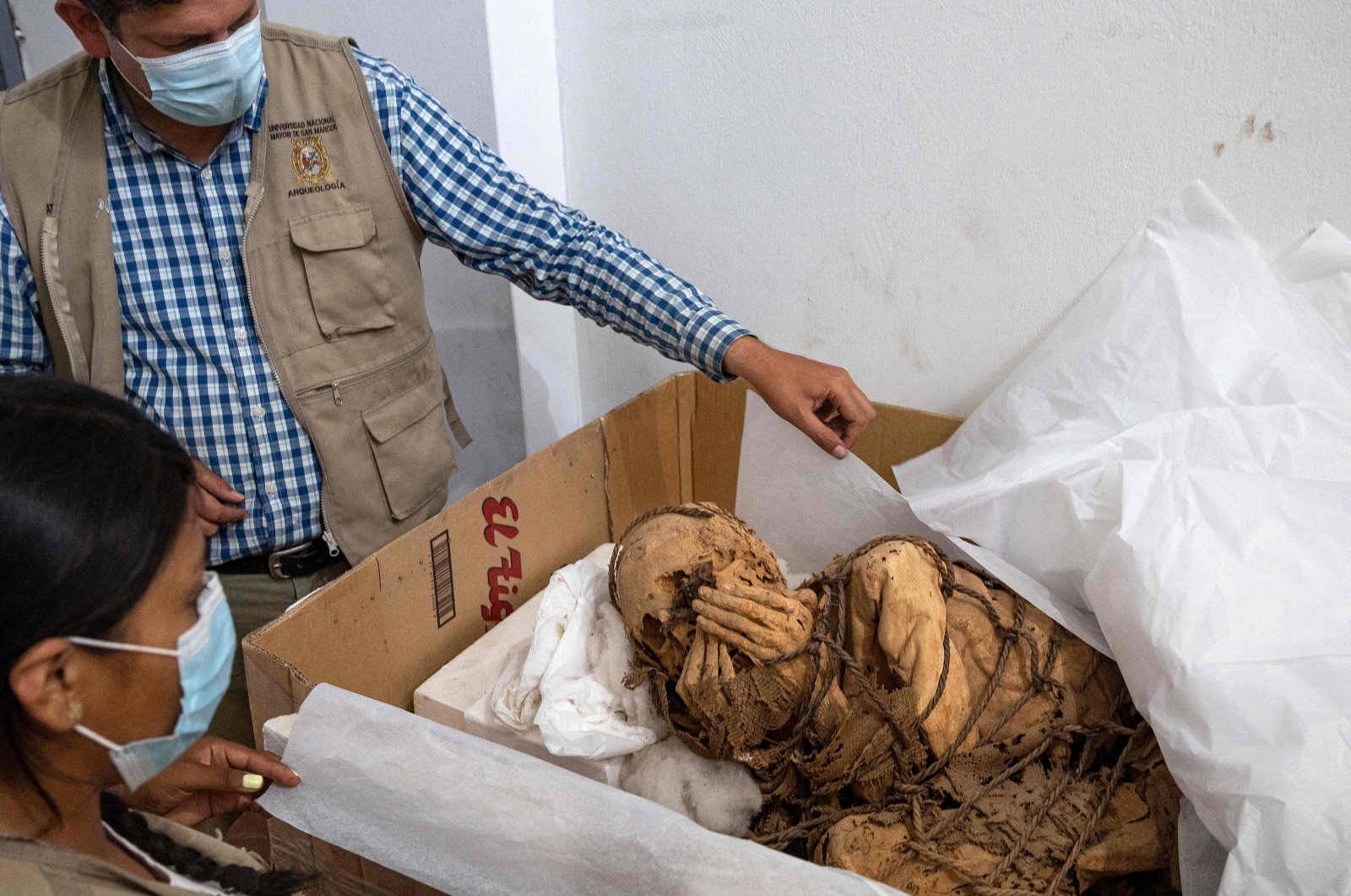 A mummy that is thought to be 800-1,200 years old was unearthed by archaeologists in Peru working on a site in the outskirts of the capital Lima. And, surprisingly, the mummy was bound with rope.

The remains are thought to be of a man aged 18-22 at the time of his death, with his hands covering his face.

The mummy was found in a burial chamber that is about three meters (10 feet) long and at a depth of about 1.4 meters at the dig site in Cajamarquilla, about 24 kilometers (15 miles) east of Lima.

Archaeologist Pieter Van Dalen, who is in charge of the Cajamarquilla project, called the find "peculiar and unique."

On one side of the mummy, experts found the skeleton of an Andean guinea pig and what appears to be a dog, according to the researchers at the University of San Marcos.

Traces of corn and other vegetables were found in the burial chamber.

Cajamarquilla was an urban center that could have been home to 10,000-20,000 people, Van Dalen explained.