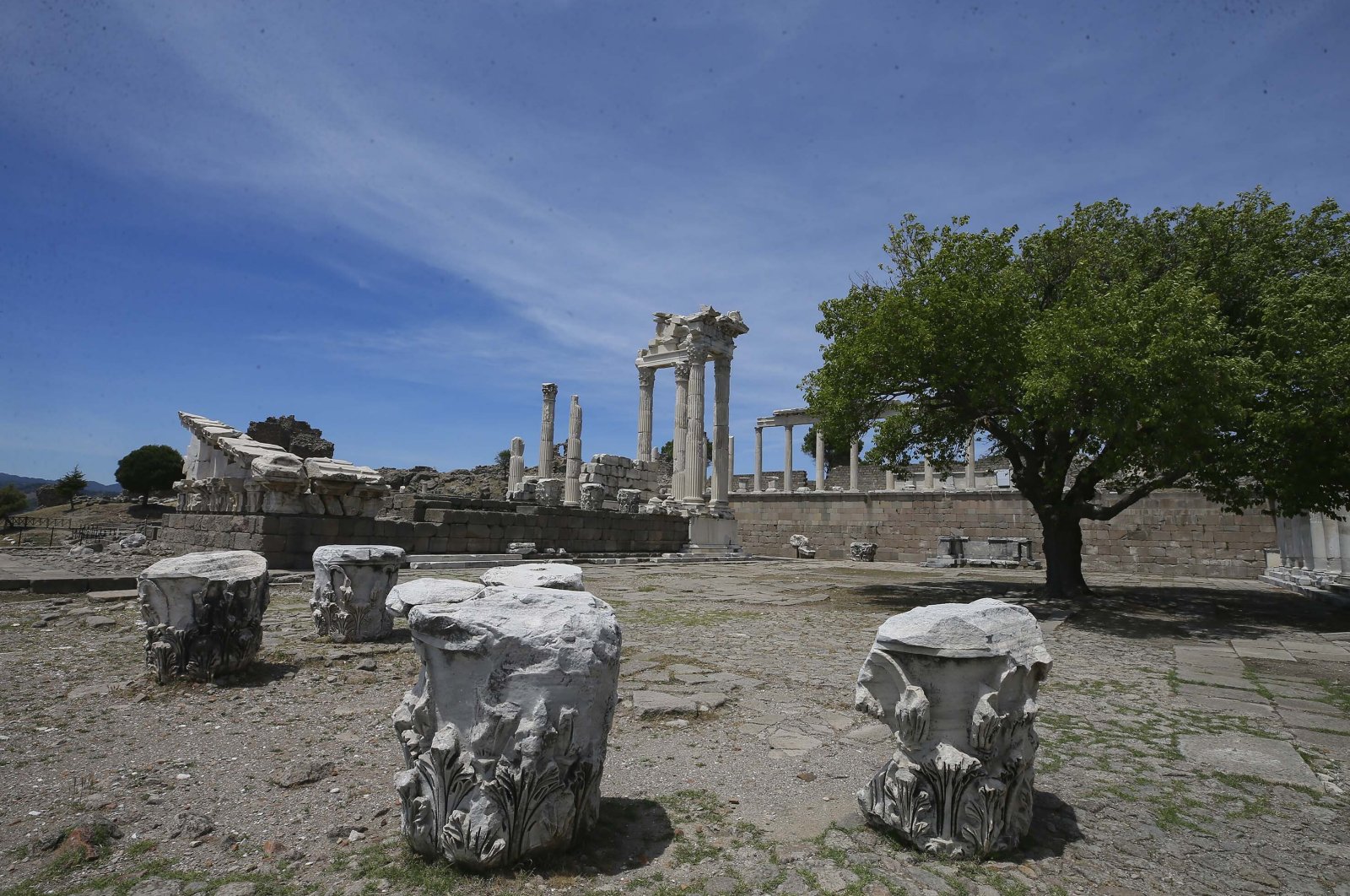 Excavations carried out in the ancient city of Pergamon, which is located 26 kilometers (16 miles) from the present coastline of the Aegean Sea and northwest of the Bergama district in Izmir province, have brought new historical finds to light. In the ancient city, which is included in the United Nations Educational, Scientific and Cultural Organization’s (UNESCO) World Heritage List as a Multi-Layered Cultural Landscape Area, the history of the Upper City, where kings and commanders lived, and the Lower City, which was developed with a simpler architectural style for the public, is being shaped according to these new findings.

In the last excavations in the Lower City, a bottle of perfume oil called "aryballos" and a dress needle known as "fibula" dating to the sixth century BC. to the seventh century B.C. were found. The discovery of these artifacts in the Lower City, which is prominent with findings from the Roman period, revealed that civilizations had been established in the region much earlier than is known. It has been found that the history of the Lower City dates back to the Archaic Period, like the Upper City, the stately home of kings' palaces, arsenals and large temples.

In an interview with Anadolu Agency (AA), Pergamon Museum Director Nilgün Ustura said that excavation, drilling and salvage work are underway in the area. She noted, “We are having a busy season. Our work here is not monthly, but year-round. The findings unearthed during this process reveal significant contributions to the ancient city of Pergamon.”

The director stated that the excavations that lasted for many years are important in terms of revealing the borders of the necropoles in the Lower City, adding that traces of an earlier settlement in the region, apart from the Hellenistic and Roman layers, have been found.

Expressing that they are trying to determine the spread area of the city with excavation works, Ustura continued: “It became possible to unearth findings dating to an earlier period than the Hellenistic and Roman periods. We found stuff belonging to the archaic period in the Lower City. This is very important data for us in terms of the history of the city. The excavation area can be expanded in different places with new findings. The period of cultural layers of a city's history is crucial for us. We previously encountered archaic findings in the Upper City, albeit limited. It is important to find the first examples of the period in the Lower City. Our artifacts are being preserved.”

Ustura further said that they will focus on international publications about the excavations which are carried out by an expert team in the Ertuğrul neighborhood.

The remains of the Pergamon ancient city were first discovered in the 1870s by German engineer Carl Humann.

The ancient city featured an amphitheater that could seat 50,000 people and a theater for 30,000 people, the second largest library in the ancient world as well as the first hospital. Besides, it was home to many civilizations throughout history.

“Pergamon is a testimony to the unique and integrated aesthetic achievement of the civilizations. It incorporates Hellenistic, Roman, Byzantine and Ottoman structures, reflecting Paganism, Christianity, Judaism and Islam, preserving their cultural features within the historical landscape,” UNESCO says on its website.

Artifacts found in the ancient city are put on display at the Pergamon Museum after being recorded.

The majority of the artifacts displayed in the museum's archaeological hall are artifacts from excavations in the Acropolis (settlement especially a citadel, built upon an area of elevated ground), Asclepeion (healing temple), Red Courtyard / Basilica (a monumental ruined temple) and Musalla Cemetery.

Among the artifacts exhibited in the museum are the Yortanlı vessels and beak-mouth vessels dating back to the Bronze Age, as well as local productions, coins, oil lamps, sculptures and sarcophagi samples unique to ancient Pergamon.