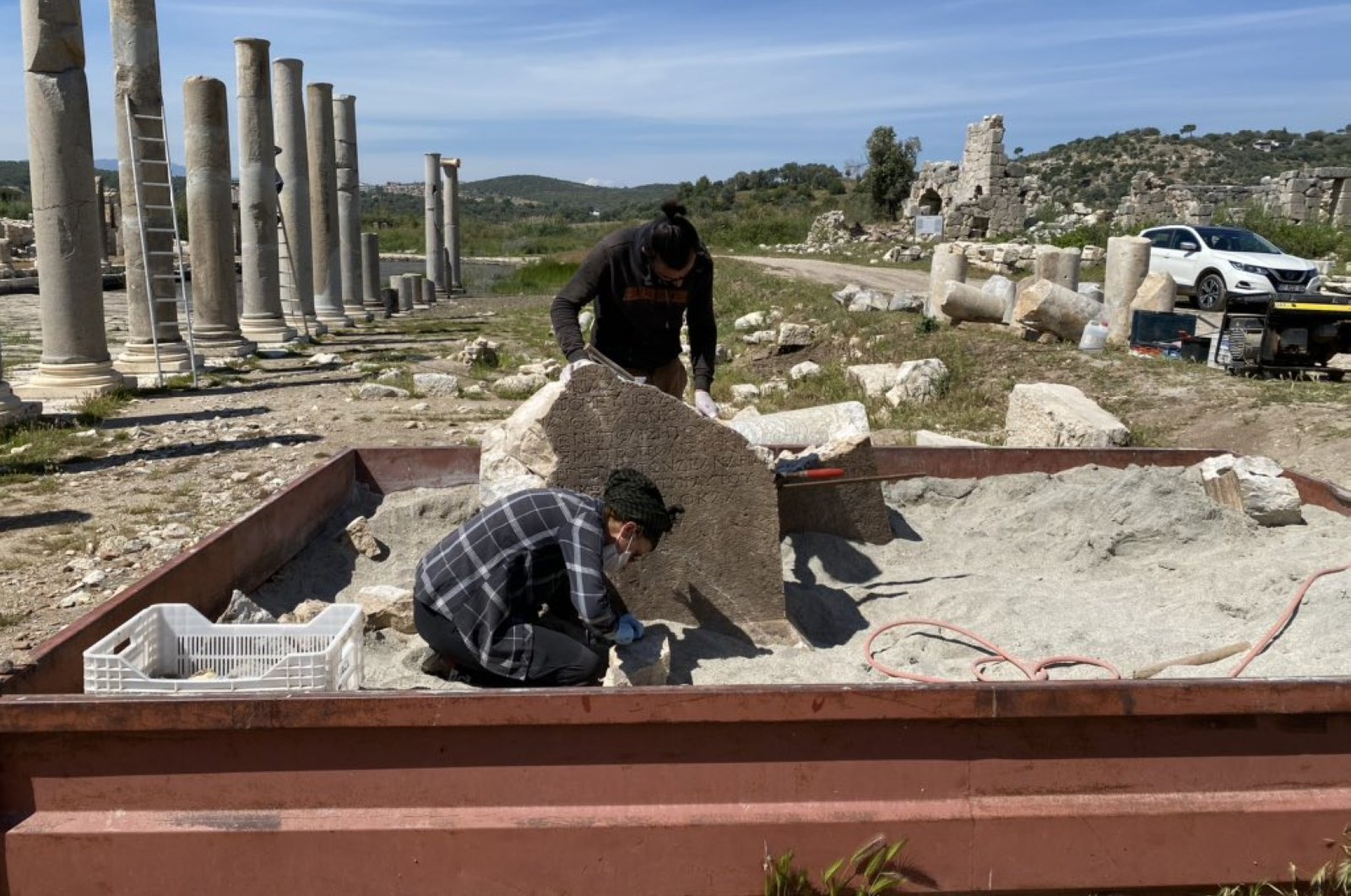 The excavation team works on the inscription in this undated photo. (AA Photo)
by Anadolu Agency May 08, 2020 1:06 pm
Edited By Irem Yaşar
RECOMMENDED

The excavation team working on the site of the ancient city of Patara, near the Mediterranean resort city of Antalya, has unearthed a new inscription in the ancient theater.

Located in the province's coastal Kaş district, Parata long served as the capital of the ancient Lycian civilization, which presided over 23 cities in the middle of the first century B.C.

Chief excavator professor Havva İşkan Işık of Akdeniz University told Anadolu Agency (AA) that while working on the ruins of the ancient theater, the team had identified an inscription honoring one of the important citizens of the city. "It is a significant inscription and has really excited us. It was a gift to us to make the find during the ‘Year of Patara' that has been declared this year," she said, underlining that the inscription had been sent to experts from the Antalya Restoration Laboratory, who have begun work on piecing it together.

"The inscription scientists working on the Patara excavation site have launched studies into what the inscription says. The name of the citizen it mentions and the content of the text will be revealed in a short time," she added.

President Recep Tayyip Erdoğan in February announced 2020 as the "Year of Patara" in a bid to draw more attention to the ancient city.

Having witnessed the likes of Alexander the Great, Emperor Nero, St. Nicholas (better known as Santa Claus), as well as Sultan Abdülhamid II, the city is well known as the "cradle of civilizations" and formed one of the world's first democratic parliamentary systems with strong economic ties to ancient Egypt.

With its 6,000-year-old heritage, the region is also well known for the remains of a Lycian parliament building and its lighthouse, possibly the world's oldest, and is a popular tourist hub thanks to its tranquil beaches.