Obruk Han to be restored for tourism 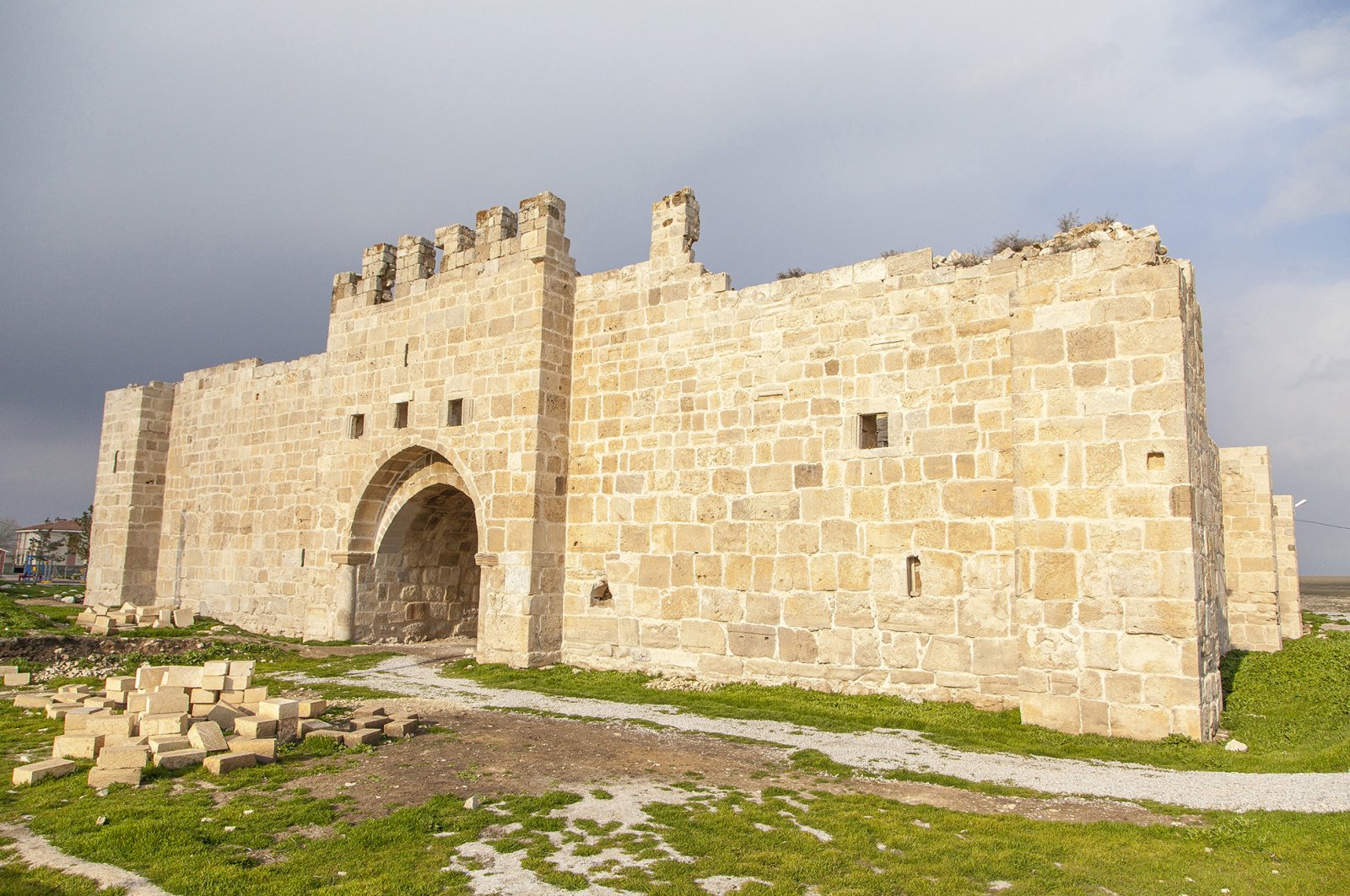 The Obruk Han will join Turkey’s tourism attractions with the completion of the restoration.
by Ihlas News Agency May 07, 2020 1:03 pm
RECOMMENDED

The restoration of the 800-year-old Obruk Han (inn), built by the Seljuk Sultan Alaeddin Keykubad I, and landscaping works of the 180-meter-wide (590-feet-wide) Kızören Obruğu (pothole) located right next to it, continues under the guidance of Konya’s central Karatay District Municipality.

The Obruk Han, a Seljuk period caravanserai and the Kızören Obruğu positioned right next to the inn, will join Turkey’s tourism attractions with the completion of the restoration and environmental works carried out by Karatay Municipality.

The Obruk Han, whose builder and architect are unknown, is regarded by historians as an Anatolian Seljuk structure dated to the first half of the 13th century.

Positioned within 30 to 40 kilometers (18.64 to 24.85 miles) of other settlements, a characteristic feature of the Seljuk caravanserais allowing for a nine-hour trip, the Obruk Han takes its name from the Kızören Obruğu next to it.

Karatay Mayor Hasan Kılca examined the ongoing works at the Obruk Han. He received information from authorities about activities carried out in the region and stressed that following the ongoing restoration works, the region will become an important new tourism center.

Kılca stated that the Obruk Han and Kızören Obruğu, located on the historical Silk Road, make the region extremely important. “There are valuable artifacts in each corner of Konya, which served as the capital of the Seljuks. On this route, where history and natural beauty meet, there are many caravanserais from Zazadin Han to Sultanhanı. While this route is critical for inn tourism, Obruk Han stands out as one of these significant works,” he said, adding the lake formed in a pothole and the inn complement each other elegantly.

“As Karatay Municipality, we continue our restoration works non-stop with the support of our Ministry of Environment and Urbanization and the Governorship of Konya,” he continued. “I would like to thank everyone who worked hard to bring tourism to Obruk Han as soon as possible. With the completion of our work around the pothole and the inn, we aim to revive this place further and make it a new center of tourism. This region, where Kızören Obruğu and Obruk Han are located, will become a popular tourism center as a frequent destination for domestic and foreign tourists.”

Kılca recalled that the Kızören Obruğu, which is located just behind Obruk Han, was registered as one of the "sensitive areas certain to be protected” by President Recep Tayyip Erdoğan.