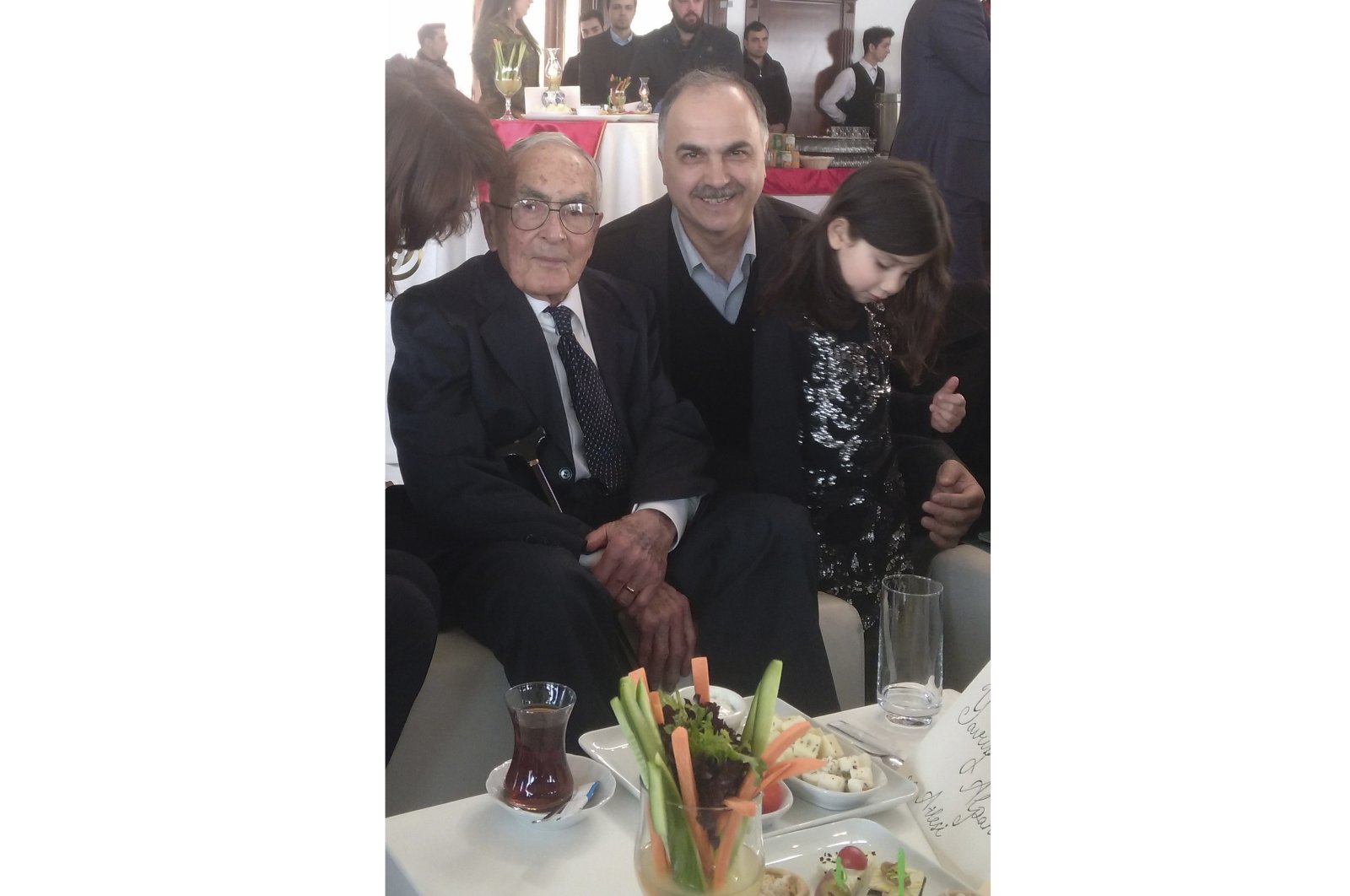 Sultanzade Yavuz Alpan (L) poses for the camera with his granddaughter Aya and historian Ibrahim Pazan at the gala of the documentary "Bilun: The Last Witness of Exile" in Istanbul on Feb. 28, 2017. (IHA Photo)
by DAILY SABAH Dec 15, 2020 12:43 pm
RECOMMENDED

Sultanzade Yavuz Alpan, the great-grandson of Sultan Abdülmecid I and the oldest male member of Ottoman royalty, has died in Beirut at the age of 92.

The sultanzade title is bestowed upon the sons of sultana or Ottoman imperial princesses. Alpan was one of the 21 Ottoman sultans still alive.

Ottoman dynasty historian Ibrahim Pazan broke the news on Tuesday, after having received the grim news from Alpan's daughter Sindiye Hanım (also know as Ms Sintiya). Alpan died from heart failure around 10:30 p.m. TSI at the American University Medical Center in Beirut. Sindiye said she was with her father until his last breath.

The Beirut Embassy said Alpan will be interred in Beirut after the noon prayers on Dec. 15. Minister of Foreign Affairs Mevlüt Çavuşoğlu and Beirut Ambassador Hakan Çakıl are said to be following closely preparations for the funeral ceremony.

Alpan's older sister, Bilun Alpan, who was the last witness of the Ottoman exile, died last year at the age of 101 also in Beirut. Bilun was only 6 years old when the Turkish government issued a law forcing members of the Ottoman dynasty to be exiled through the recounts of Ottomans who lived in Beirut at the time. Bilun, along with her mother Fatma Zehra Sultan, who was the daughter of Ottoman Shahzad Ibrahim Tevfik, and her father, Selami Süleyman Alpan, first went to France, staying in Paris for a year and then 1.5 years in Nice, and then moved to Jerusalem, before finally settling in Beirut in 1929. Yavuz Alpan was born in 1928 in the northern Israeli city of Haifa.