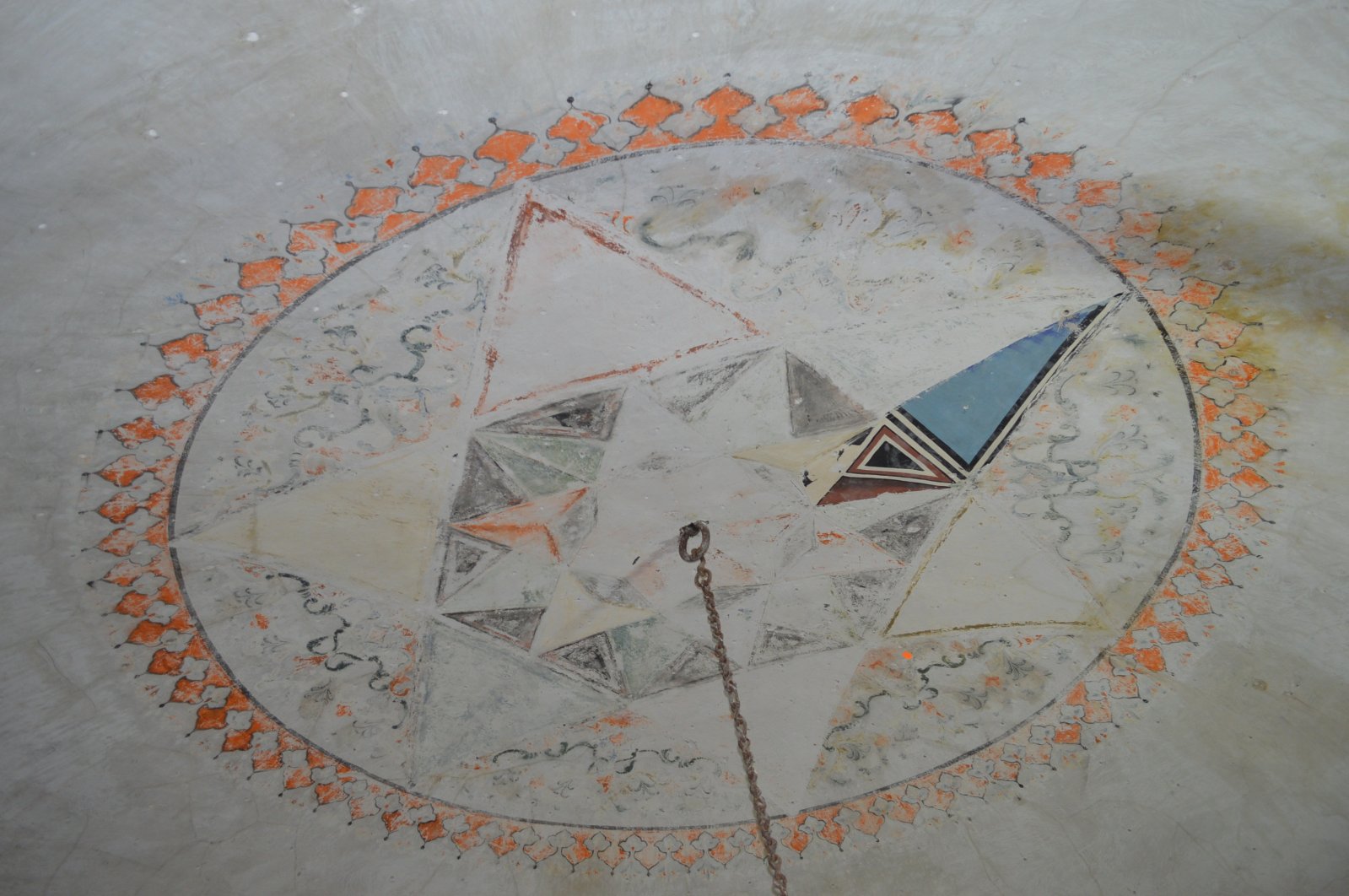 Original hand-drawn Ottoman motifs and patterns depicting the empire’s culture have been uncovered in the Yusuf Ziya Pasha Mosque in the Keban district of eastern Turkey’s Elazığ province. The motifs are believed to have been concealed under a layer of plaster sometime after the mosque’s construction in 1794. They were discovered during restoration work by the Malatya Regional Directorate of Foundations.

The regional directorate began renovations in 2017. While the project continued, it was discovered that Ottoman-era hand-drawn motifs and patterns adorning the walls of the structure had been covered by plaster during renovations decades ago. Some of the artwork has been scraped off and destroyed. Among the artwork that survived are tulip motifs, adornments and calligraphic writings, including a poem handwritten by Yusuf Ziya Pasha, the Ottoman governor and grand vizier at the time, after whom the mosque was named.

The directorate started additional restoration work to uncover the remaining motifs and restore them to their original state.

Hasan Akbulut, the district governor of Keban, told Demirören News Agency (DHA) that the mosque is planned to be reopened by the Islamic holy month of Ramadan, which will begin in April this year. “The original restoration was planned to be over in two years, but the discovery of motifs, adornments and calligraphies concealed under the plaster, has meant that further restoration was needed. Hopefully, we expect the work to be completed by this coming Ramadan,” Akbulut said.

The complex houses the Yusuf Ziya Pasha Mosque and is also home to a library and a fountain. It was commissioned by Yusuf Ziya Pasha in the late 1700s when he was the governor of the region. A madrassa, an Islamic educational institution, was also constructed alongside the mosque but, unfortunately, it does not stand today.