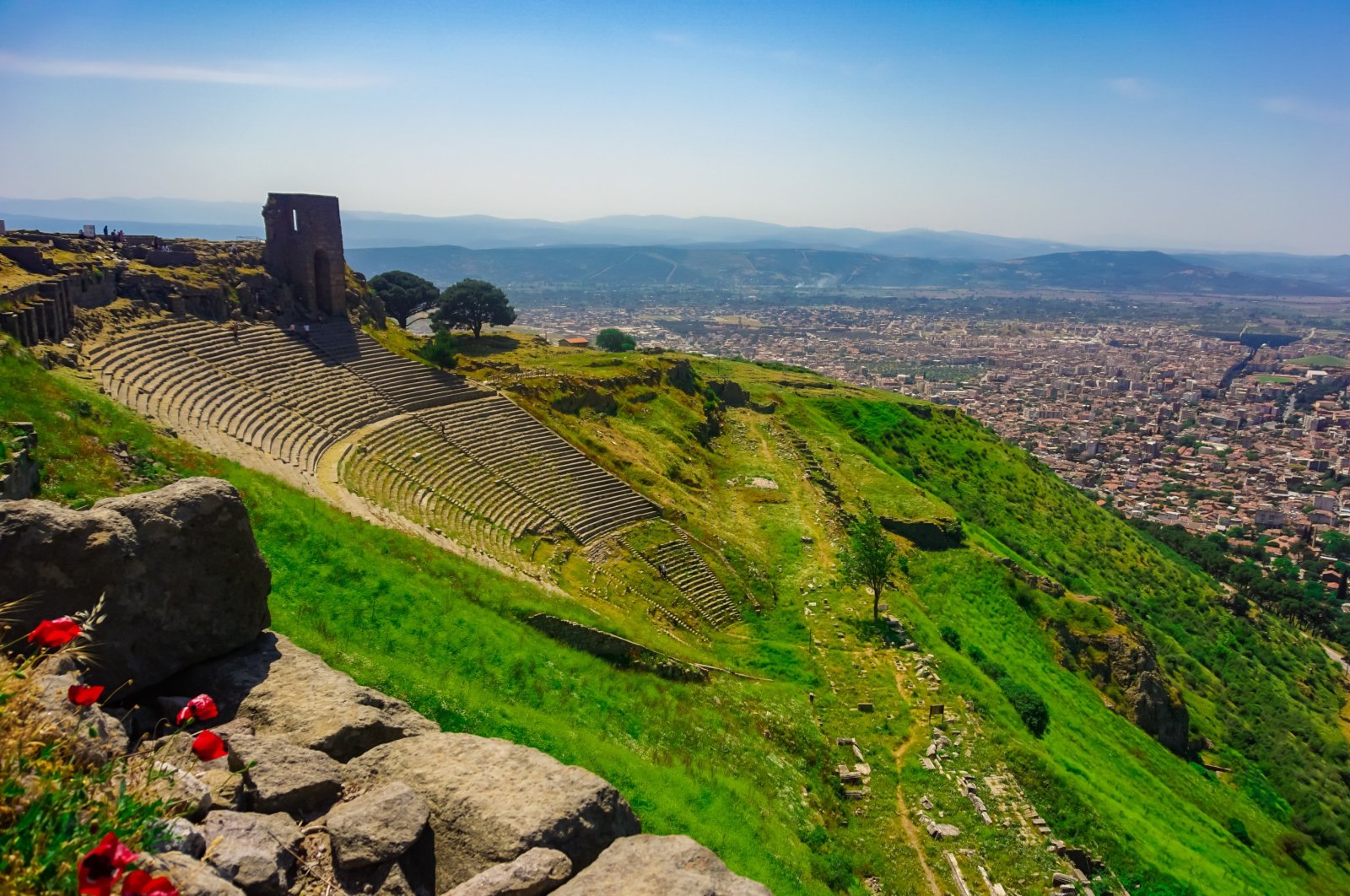 The theater of the ancient city of Pergamon overlooks the city landscape. (iStock Photo / Servet Turan)
by Anadolu Agency Jun 21, 2020 11:08 am
RECOMMENDED

Scientific excavation, reclamation and restoration work will start at the end of the month on a 1,380-meter (4,527-foot) section of Selinos Creek in the ancient city of Pergamon in Izmir.

The Ancient Selinos Water Canal Project will integrate different stages of improvements to the ancient city, which is listed as a UNESCO World Heritage Site.

Pergamon Museum Director Nilgün Ustura told Anadolu Agency (AA) that the canal was built 2,000-2,500 years ago to provide water to the city and contributed to the development of the city's architecture.

Work is scheduled to begin at the end of the month, but there is no set timeline for when the project will be completed, the museum director said.

“There may be new finds apart from the current state," Ustura said. "Pergamon contains many archaeological sites and findings. There are world-famous sections (in the city) such as the Acropolis, Asklepion and Red Basilica. When the work is completed, the Ancient Selinos Water Canal will be a complementary element like the amphitheater. The canal will reveal the value of all of the buildings in the city again. This area, which has been used during the Hellenistic, Roman, Byzantine and Ottoman periods, is a legacy for us.”

According to Koştu, they signed a protocol of cooperation with official institutions and completed sensitive preparations within the scope of the project. “It is possible to see traces of different civilizations around the canal. This project is not a simple creek reclamation but the revival of history,” he underlined.

Highlighting that the existing creek also has a poor appearance due to sewage waste, Koştu said: “We want to save the canal’s surroundings from this bad situation and open it for tourism. The abandoned houses in the area will be removed as well.”

Koştu added that they aim to bring a new look to the district under the project which is expected to cost at least TL 50 million ($7.3 million) to TL 60 million ($8.75 million).

The Acropolis, the Asklepion healing center – the most important one in western Anatolia from the time, and the monumental Kızıl Avlu (Red Basilica) in Pergamon are now open to visitors after a hiatus during the coronavirus pandemic.