Pocket-sized Madagascan reptile was a forerunner to dinosaurs, fossils reveal 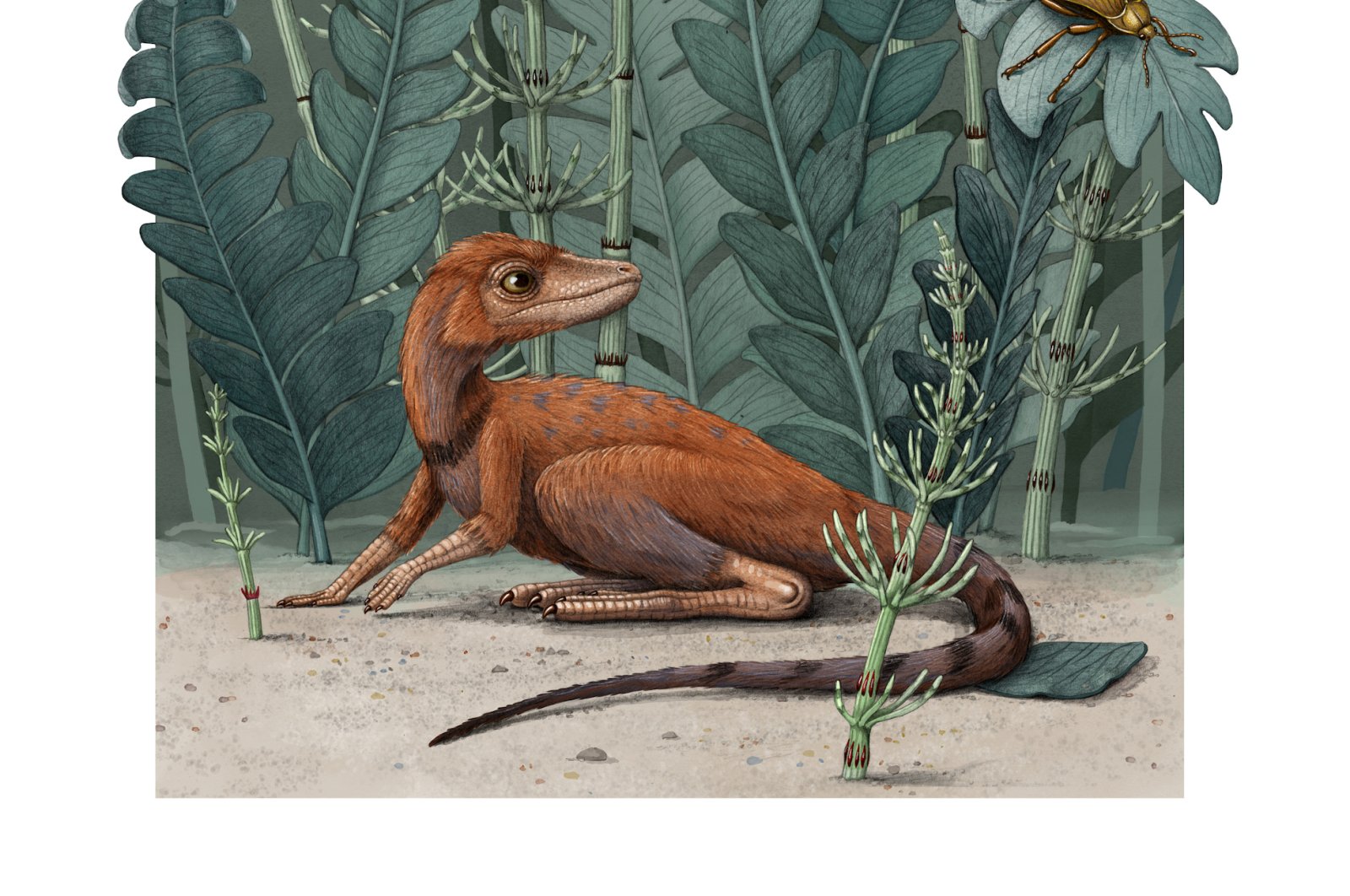 Kongonaphon kely, a tiny reptile believed to be an ancestor of dinosaurs and pterosaurs, is seen in its natural environment in the Triassic Period in an undated illustration provided on July 6, 2020. (Alex Boersma/Handout via REUTERS)
by REUTERS Jul 08, 2020 12:10 pm
Edited By Yasemin Nicola Sakay
RECOMMENDED

Dinosaurs and the flying reptiles called pterosaurs – both known for their massive size – had humble beginnings, as shown by a diminutive insect-eating reptile from Madagascar that was a forerunner and close relative of both groups.

Scientists on Monday described fossils of a Triassic Period creature called Kongonaphon kely that measured about 16 inches (40 centimeters) long and stood 4 inches tall at the hip. It inhabited a floodplain region of what is now southwestern Madagascar about 237 million years ago.

Kongonaphon was a long-legged predator that may have been bipedal. The shape of its small, conical and unserrated teeth and an examination of microwear on them suggests Kongonaphon, whose scientific name means "tiny bug slayer," ate insects or other small invertebrates.

It was a member of a group called Ornithodira spanning the evolutionary lineage that led to dinosaurs and pterosaurs, part of a larger assemblage called archosaurs that also included the crocodilian lineage.

"Based on statistical analyses of body size, we argue that dinosaurs and pterosaurs evolved from a miniaturized ancestor," said North Carolina Museum of Natural Sciences paleontologist Christian Kammerer, lead author of the research published in the Proceedings of the National Academy of Sciences.

"Evolution of gigantism from tiny ancestors is not uncommon in the fossil record," added study co-author and paleontologist John Flynn of the American Museum of Natural History in New York.

Dinosaurs and pterosaurs first appeared roughly 230 million years ago. The early dinosaur Herrerasaurus was about 20 feet (6 meters) long. The early pterosaur Eudimorphodon was pigeon-sized. Both groups eventually achieved gigantic proportions. The pterosaur Quetzalcoatlus had a wingspan of about 35 feet, akin to an F-16 fighter. The dinosaur Argentinosaurus reached about 115 feet long.

In the context of this later gigantism, having an animal like Kongonaphon "that could fit in your hands seems almost paradoxical," Kammerer added.

"However, it fits the broader pattern that we observe at this time. There was a sustained trend toward smaller adult body sizes in the early history of this lineage. This is based not only on Kongonaphon but on a series of small-bodied reptiles near the common ancestry of the dinosaur and pterosaur lineages."