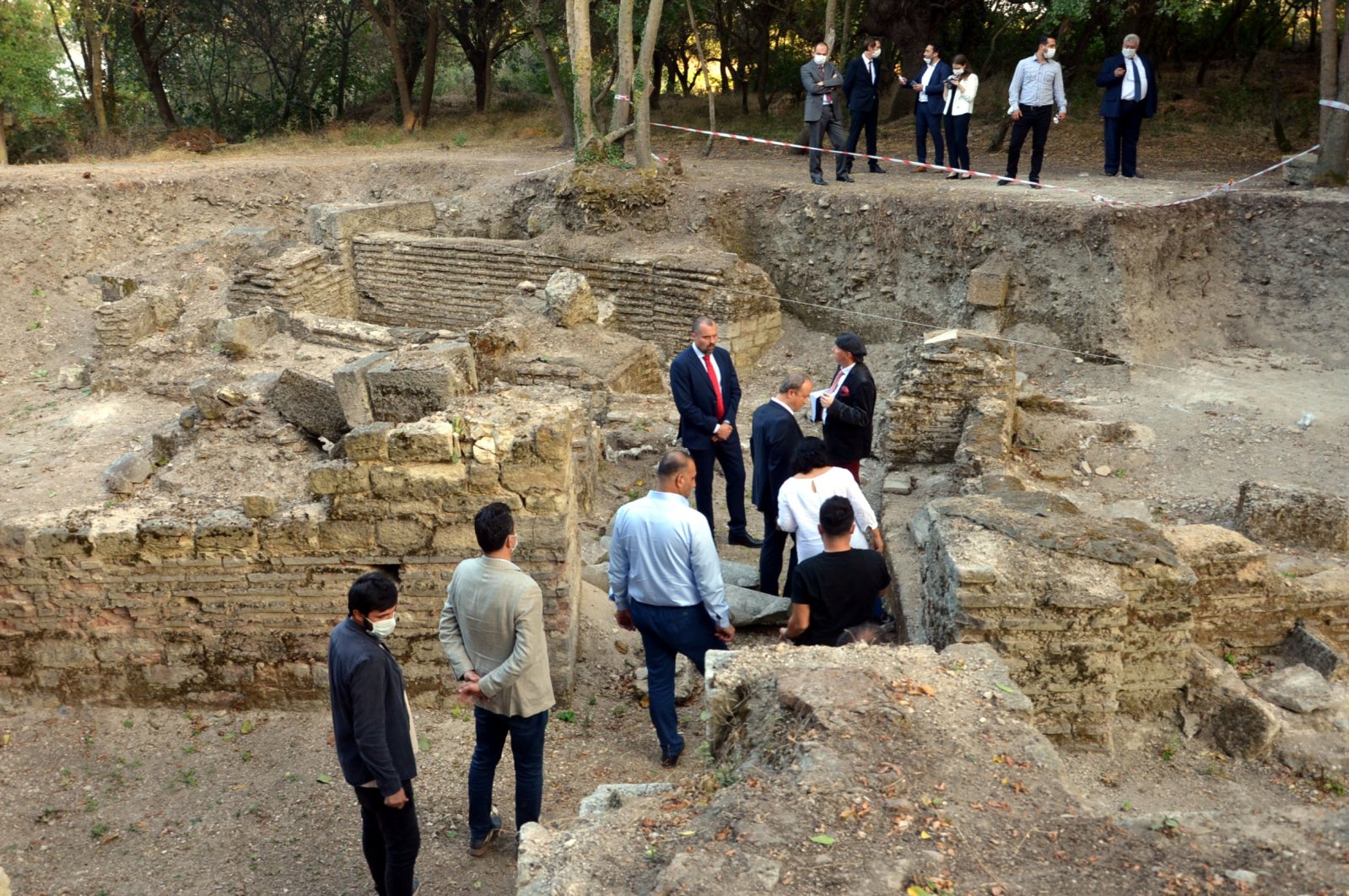 The Polish ambassador to Turkey visited an archaeological site in Istanbul on Friday where traces of the Vikings have recently been found during excavations.

Envoy Jakub Kumoch said that the Vikings most probably came to the site of Bathonea, in what is now Istanbul’s Avcılar district, from Poland, adding that the country is eager to support further digs.

The excavations and studies have been carried out by a 75-person scientific team led by Şengül Aydıngün of Kocaeli University. A harbor colony settlement thought to belong to the Vikings from the ninth to the 11th centuries was discovered in the location this year. The team has also found evidence of a series of earthquakes that occurred between the sixth and 11th centuries.

Kumoch was also given information by professor Blazej Stanislawski, an expert in Byzantine and Viking history, that the team had discovered several pieces of evidence attesting to the Vikings’ presence in Bathohea, adding that the most significant finds included a cross made of amber, which could be extracted only from northern Europe at that period, and a necklace in the ouroboros design – one of the symbols of legendary Viking hero Ragnar Lodbrok.

Vikings, later known as Varangians when they arrived to serve as mercenaries in the Byzantine army, arrived in the region in the early 10th century and came to form the "Varangian Guard," which served as elite bodyguards for Byzantine emperors.