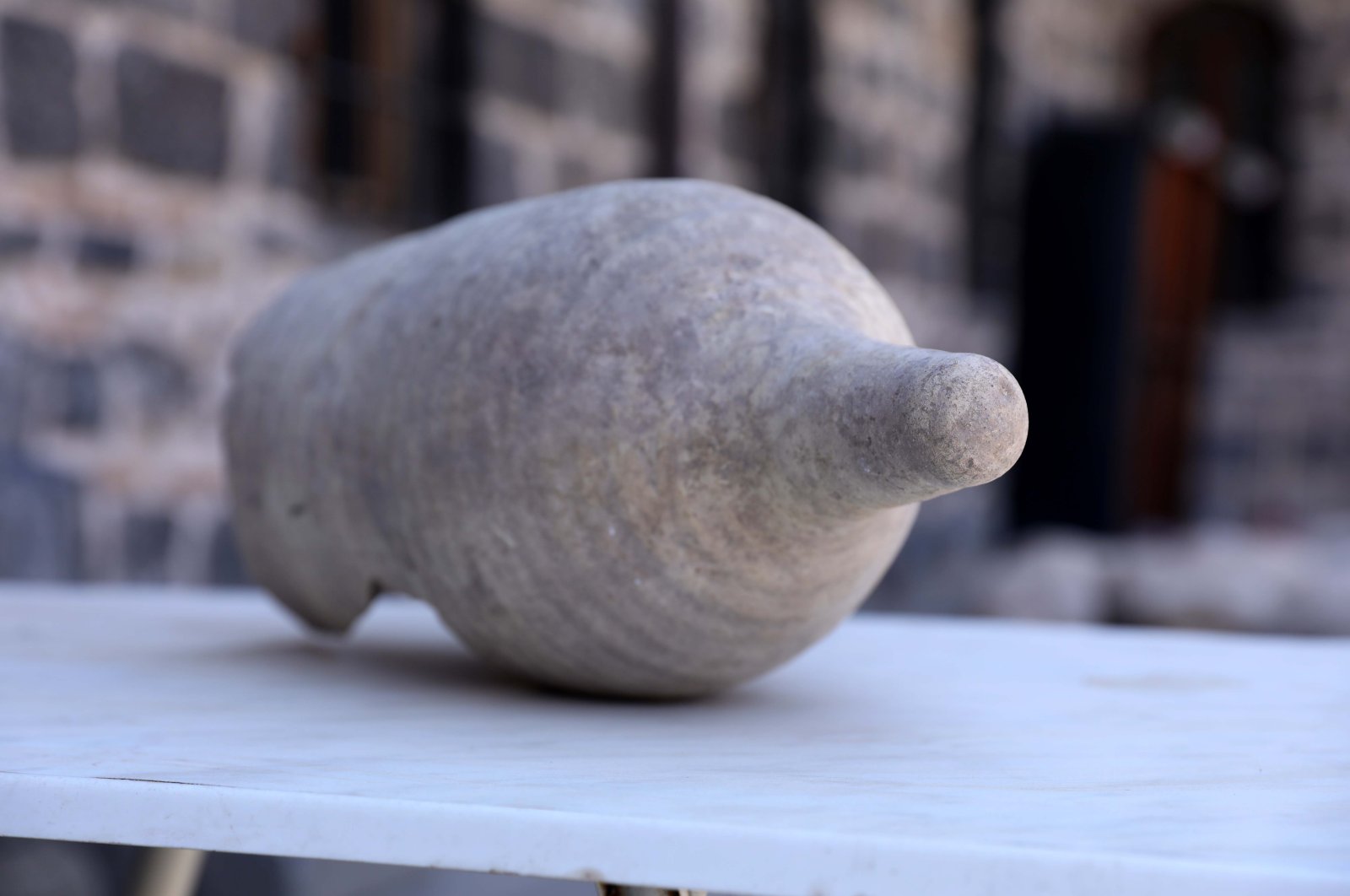 Archaeologists discovered a rare 1,700-year-old amphora during excavations at the Diyarbakır Fortress, a UNESCO World Heritage site in southeastern Turkey.

Located in the historic Sur district, restoration work at the fortress is still being carried out by the Diyarbakır Metropolitan Municipality.

The discovery was made during the fifth stage of the excavations, funded by the Ministry of Environment, Urban Planning and Climate Change and jointly carried out by the Diyarbakır Museum Directorate.

Sermed Azizoğlu, an official from the municipality’s construction affairs office, told Anadolu Agency (AA) that they would like to pass on the fortress’ 2,000-year-old heritage to the next generations.

Noting that the amphora is a rare find and was used for delivering olive oil and wine, Azizoğlu said it has been handed to the local museum directorate.

Meanwhile, archaeologist Süleyman Karakaş said the excavation in the area of the fortress where the amphora was discovered was launched around three months ago.

Karakaş noted that they have been coming across architectural structures from the Roman, Byzantium and Ottoman periods in the fortress.

“The sharp-bottomed amphora is crucial as it was made for trade,” he said, as he noted that the vase was well-preserved. He continued by saying that the finding has excited archaeologists in the region because it is the first such discovery.

“We do not think the amphora was brought here for trade reasons because we would have come across other examples if that was the case,” Karakaş said, adding that they believe it was brought as a gift to carry olive oil or wine.

Southeastern Turkey's Diyarbakır province stands today as one of the oldest cities in Mesopotamia, home to thousands of years of history.

Diyarbakır Fortress and the city walls, which have guarded the city for thousands of years as if they were guarding a holy relic by surrounding it magnificently, stand as UNESCO World Heritage sites along with the 8,000-year-old Hevsel Gardens, 700 hectares of cultivated, fertile lands that in history played a vital role in keeping the city provisioned and supplied with water.

Diyarbakır still carries a medieval atmosphere with its almost intact and impressive walls encircling the city that stand up to 12 meters (39 feet) high and 5 meters thick.

With its length of nearly 6 kilometers (3.7 miles), the city walls of Diyarbakır remain the second-largest city walls in the world after the Great Wall of China. The walls are situated 100 meters above the valley of the Tigris.