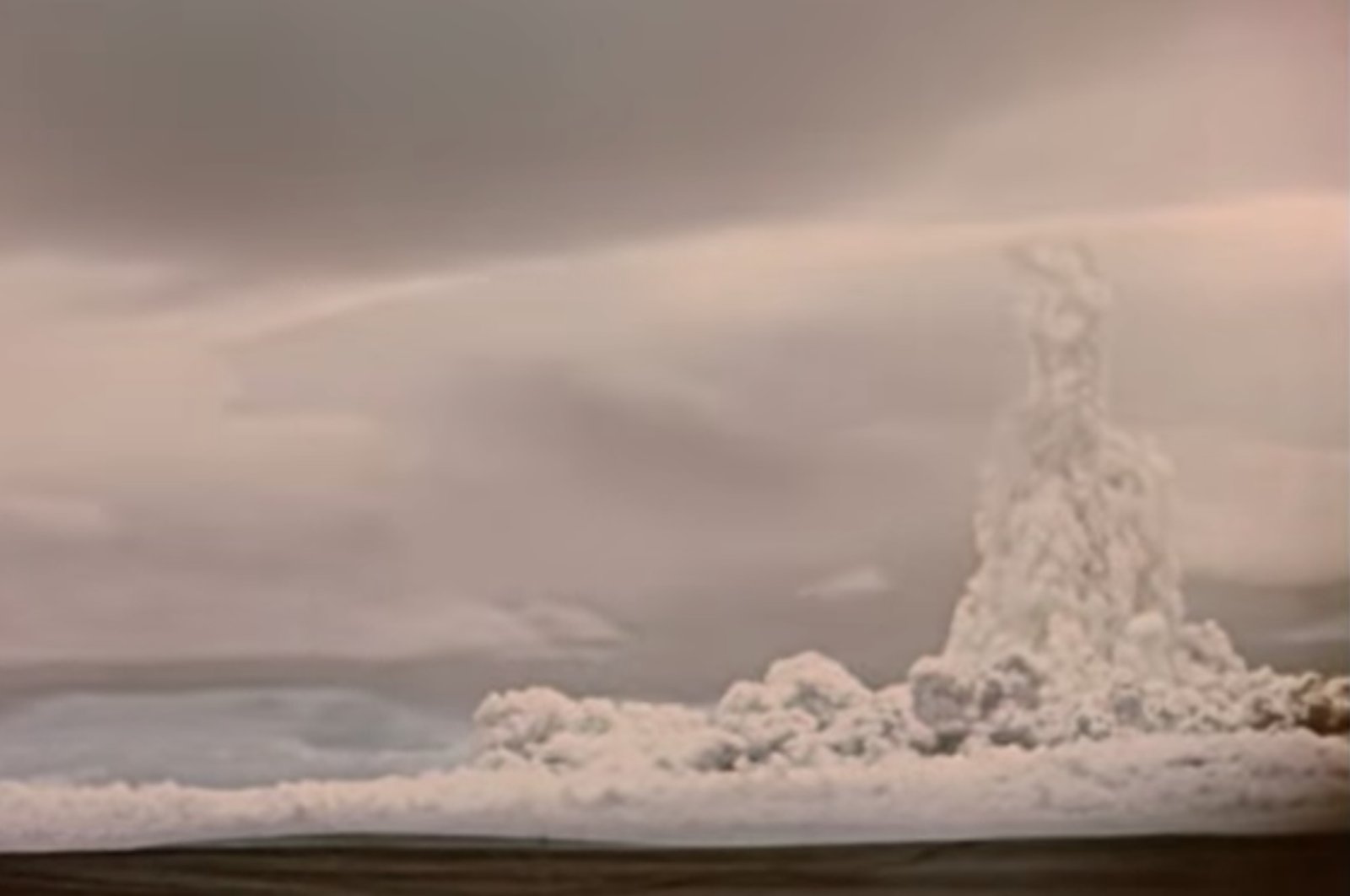 A still image from documentary "Test of a pure hydrogen bomb with a capacity of 50 million tons" published by Russian nuclear agency Rosatom on YouTube.
by DAILY SABAH Aug 27, 2020 11:40 am
RECOMMENDED

The footage was published last week by Russian nuclear agency, Rosatom, on its YouTube channel to mark the 75th anniversary of the country's nuclear industry.

The film details the preparations for the test, how the bomb was transported and how the explosion was assessed.

"Tests of a particularly powerful hydrogen charge with a number of new design features have confirmed that the Soviet Union has at its disposal thermonuclear weapons with a capacity of 50, 100 and more megatons," the film says.

The weight of the RDS-220 nuclear bomb, known as "Tsar Bomba," was 27 tons, it had a length of 8 meters (26 feet) and a diameter of 2 meters. It is noted that the "Tsar Bomba" was 3,333 times more powerful than the shell dropped on Hiroshima, and was much more destructive than any hydrogen bombs ever tested in America.

The Tsar Bomba explosion took place on Oct. 30, 1961, on Severny Island in the Arctic Ocean.

As a result of the test, a fireball with a diameter of 8 kilometers (5 miles) was formed. The shock wave even hit the bomber located 120 kilometers from the epicenter.

Some 40 seconds after the explosion, the fire dome reached a height of 30 kilometers and began to turn into a nuclear mushroom. Its height reached 65 kilometers, and its diameter was 90 kilometers. The crew of the bomber observed the cloud from a distance of 800 kilometers.

The film was watched nearly 1.8 million times in a week.