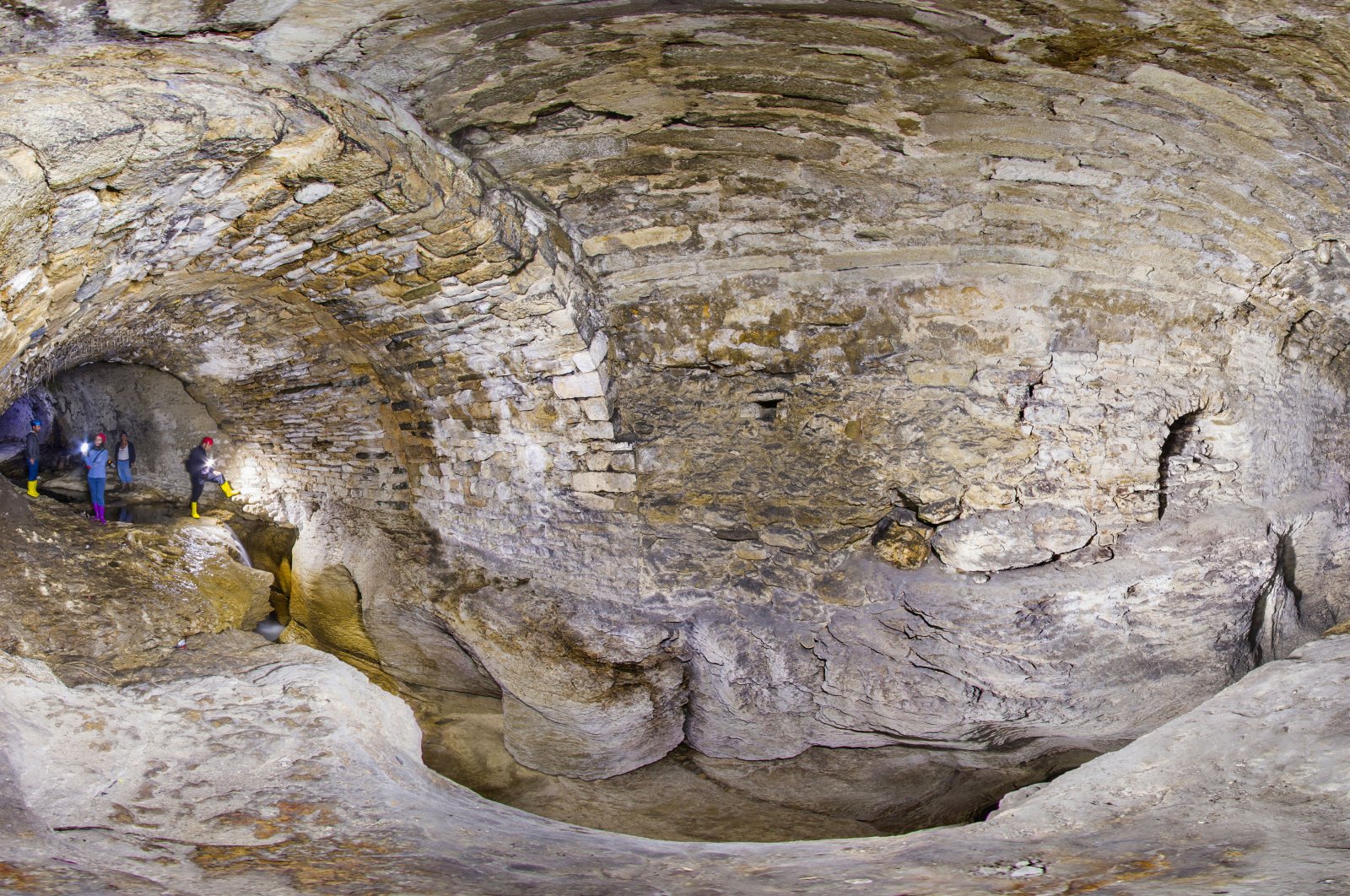 The tunnels are made up of cut stones and arches under Safranbolu. (AA Photo)
by Anadolu Agency Apr 26, 2020 10:45 am
RECOMMENDED

The three separate well-preserved tunnels have differing lengths and are made up of cut stones and arches. They are located in the historical district, which is home to Ottoman houses, baths, mosques, fountains and bridges, as well as traditional houses built between the 18th and 20th centuries.

These tunnels, which were constructed to fulfill the drinking water and sewer functions in the district, were built with arches on Akçasu Stream centuries ago to benefit agricultural lands. They pass under the bazaars of blacksmiths and coppersmiths, the Cinci Inn and Izzet Mehmet Pasha Mosque.

Şefik Yılmaz Dizdar, the head of the Safranbolu Culture and Tourism Foundation, said they try to protect and preserve the cultural richness of the district and prepare projects, adding they are in cooperation with the governorship, municipality, district governorship and culture and tourism directorate. “We prepare projects and make restorations for the historical buildings in our district to survive,” he said. “One of them is the tunnels going under the district. We have prepared a project to restore these tunnels, which stand out with their architecture, and to introduce them to tourism. The project has been accepted. There is just some paperwork left. When these are completed, we will start working and open these spectacular tunnels to tourism.”

Dizdar stated that the architecture of the tunnels could be taught as a course subject. “These tunnels, which were built with the possibilities of that time centuries ago, have been able to hold huge structures up to now. Everyone has to see how the waterfall was created underground within the limitations of that time and how the water drains and the sewage systems were designed one by one,” he said.

Dizdar further noted that the district welcomes close to 1.5 million local and foreign tourists annually, adding with the opening of tunnels, they will be able to visit these areas and witness the hidden architectural wonders.