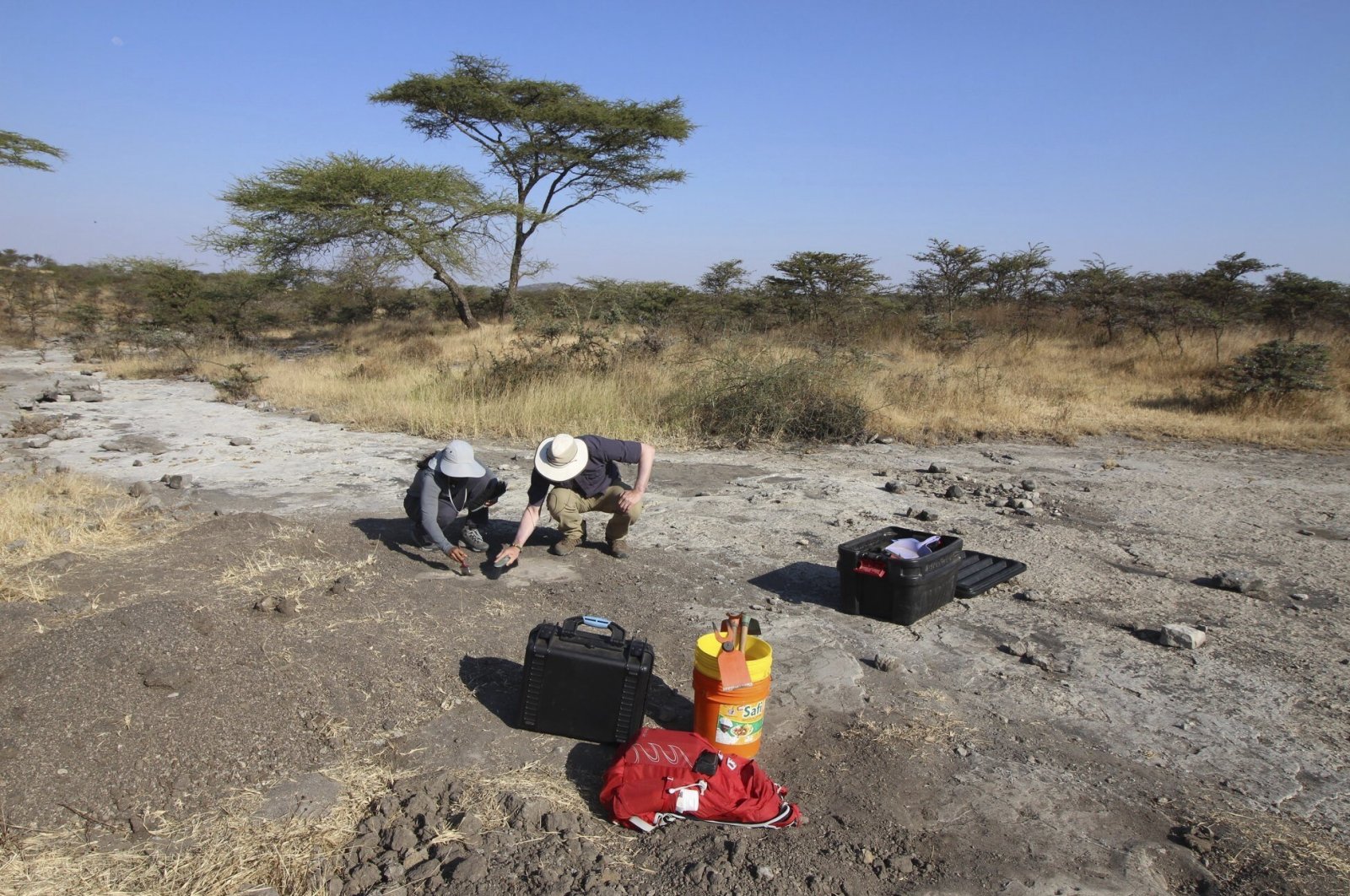 Prehistoric footprints discovered by archaeologists have caused confusion as scientists give them a second look to find out if they were left by humans or extinct animals.

When famed paleontologist Mary Leakey first uncovered the footprints in Tanzania 40 years ago, the evidence was ambiguous.

Leakey focused her attention instead on other fossil footprints that could be more clearly linked to early humans. Those footprints, found at a site called Laetoli G, are the first clear evidence of early humans walking upright.

Decades later, a new team re-excavated the confusing footprints, found at a site called Laetoli A, and made photos and 3D scans available for other researchers to continue the debate.

The research was published Wednesday in the journal Nature.

“These footprints have been in the mystery category for 40 years,” said Rick Potts, who directs the Smithsonian Institution’s Human Origins Project.

“It’s a really exciting idea to re-exhume them and study them again," added Potts, who was not involved in the research.

What's long perplexed scientists is that those tracks – broad footprints with enlarged fifth toes and estimated to be around 3.7 million years old – don’t closely match anything scientists have elsewhere identified.

“They didn’t have the right weight and foot movement to be easily identified as human, so other explanations were sought,” including that they may belong to an extinct species of bears, said co-author and Dartmouth paleoanthropologist Jeremy DeSilva.

He and other researchers returned to the site in 2019 and used Leakey’s original maps to locate the enigmatic prints, preserved in a layer of volcanic ash that had cooled and hardened.

Co-author Ellison McNutt of Ohio University studied the foot mechanics of black bear cubs at a wildlife rescue center in New Hampshire to see whether a small bear walking on its hind legs could leave similar footprints.

She held a tray of apple sauce to lure the cubs into walking toward her. Each footstep was recorded in a track of mud, to be analyzed.

Bears walking upright first put weight on the heels of their feet, like humans, she said. “But the foot proportions aren’t the same." She concluded that the fossil footprints were not left by bears.

Other factors, such as the spacing of the footprints, led the study authors to conclude that that the footprints were left by a previously unknown species of a very early human ancestor.

Not everyone is convinced.

William Harcourt-Smith, a paleoanthropologist at the American Museum of Natural History who was not involved in the research, said he was convinced that it wasn’t a bear, but wasn’t certain it was an early human.

“These prints could still belong to some form of non-human ape,” he said.

If two different species were walking upright on the landscape at the same time, that suggests different simultaneous experiments in bipedalism – complicating the conventional view of human evolution as strictly linear.