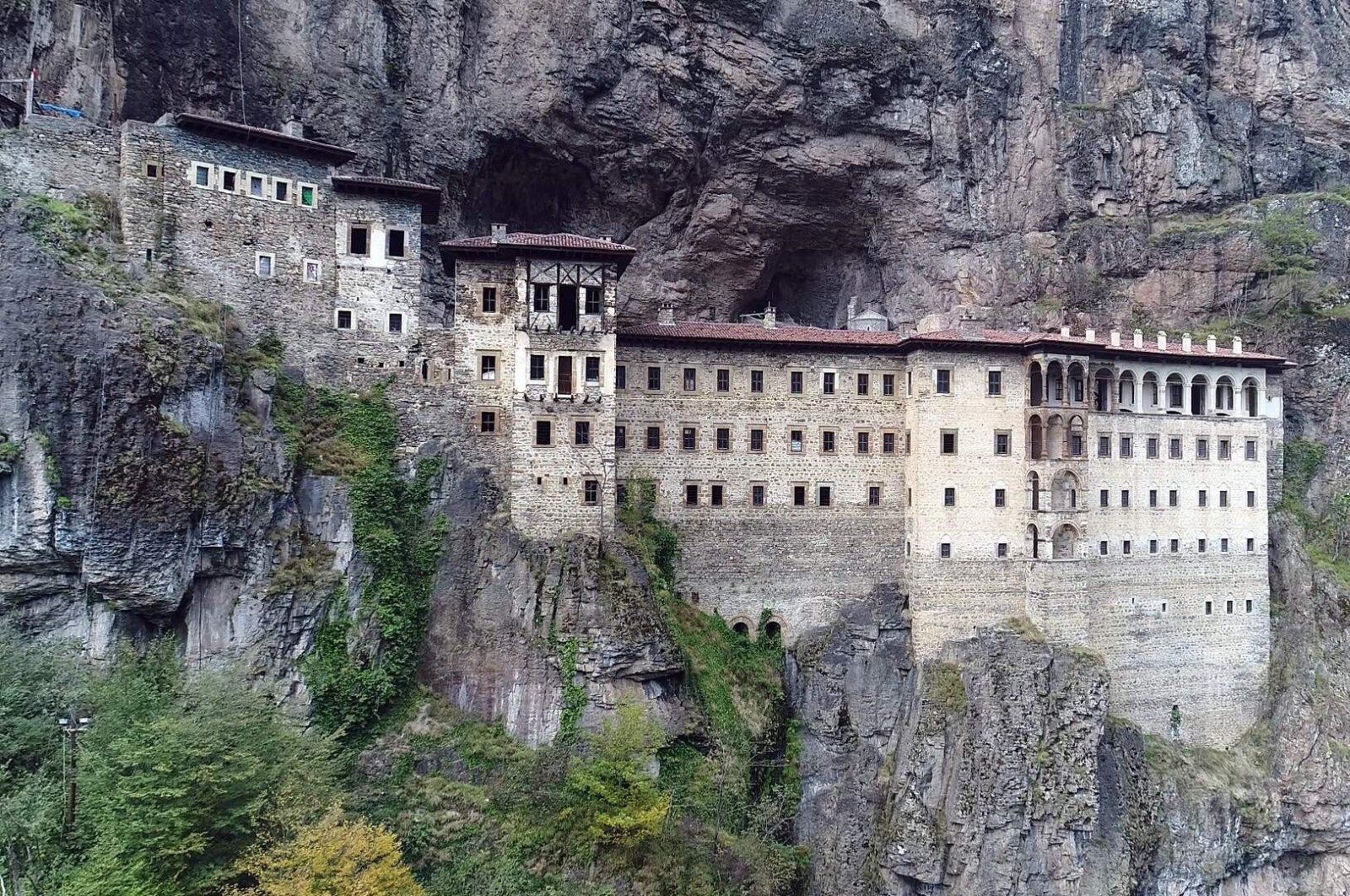 Sümela Monastery is carved out of rocks in a wooded area 300 meters above the Altındere Valley, Trabzon. (İHA PHOTO)
by Anadolu Agency Jun 04, 2020 3:20 pm
Edited By Yasemin Nicola Sakay
RECOMMENDED

The first part of Sümela Monastery, one of the most important tourist attractions in the Black Sea province of Trabzon, has reopened to visitors after the easing of restrictions due to the COVID-19 outbreak and the completion of restoration work. The Trabzon Metropolitan Municipality aims to have the monastery, also known as the Greek Orthodox Monastery of the Virgin Mary, added to the United Nations Educational, Scientific and Cultural Organization’s (UNESCO) World Heritage List. It has been on the UNESCO World Heritage Tentative List since 2000.

The restoration project, ongoing since February 2016, includes landscaping, geological and geotechnical exploration and strengthening of the cliffs from which Sümela Monastery hangs as it was carved out of rocks in a wooded area 300 meters (984 feet) above the Altındere Valley. The monastery was closed to visitors in September 2015 due to falling rocks.

As part of the works, it took the intense efforts of climbers to remove the dangerous rocks from the slope. After the removal of hundreds of tons of stone, restoration was carried out in the interior sections of the structure and upgrades were made on the footpath leading to the monastery. The first phase of the projects was completed in spring last year, and the section up to the first courtyard of the Sümela Monastery was reopened on May 25, 2019.

Rock stabilization works, the second stage of the project, is underway.

In a written statement, Trabzon Metropolitan Mayor Murat Zorluoğlu said that he held a videoconference with Culture and Tourism Minister Mehmet Nuri Ersoy. During the meeting, projects related to Trabzon were evaluated and Zorluoğlu informed Ersoy about tourism destinations in the city. He also told him that they shot a video of the area at the request of the tourism sector. “Sector representatives will share our video on various media, stating that we are ready for the season and expect tourists,” Zorluoğlu said.

Zorluoğlu went on to note that he conveyed to the minister the aim of the restoration, adding, “We want to start work to include Sümela Monastery on UNESCO’s permanent list in the coming years. We need the experience of our Ministry of Culture and Tourism in this regard.”