Transhumanism and future of humanity towards digital slavery 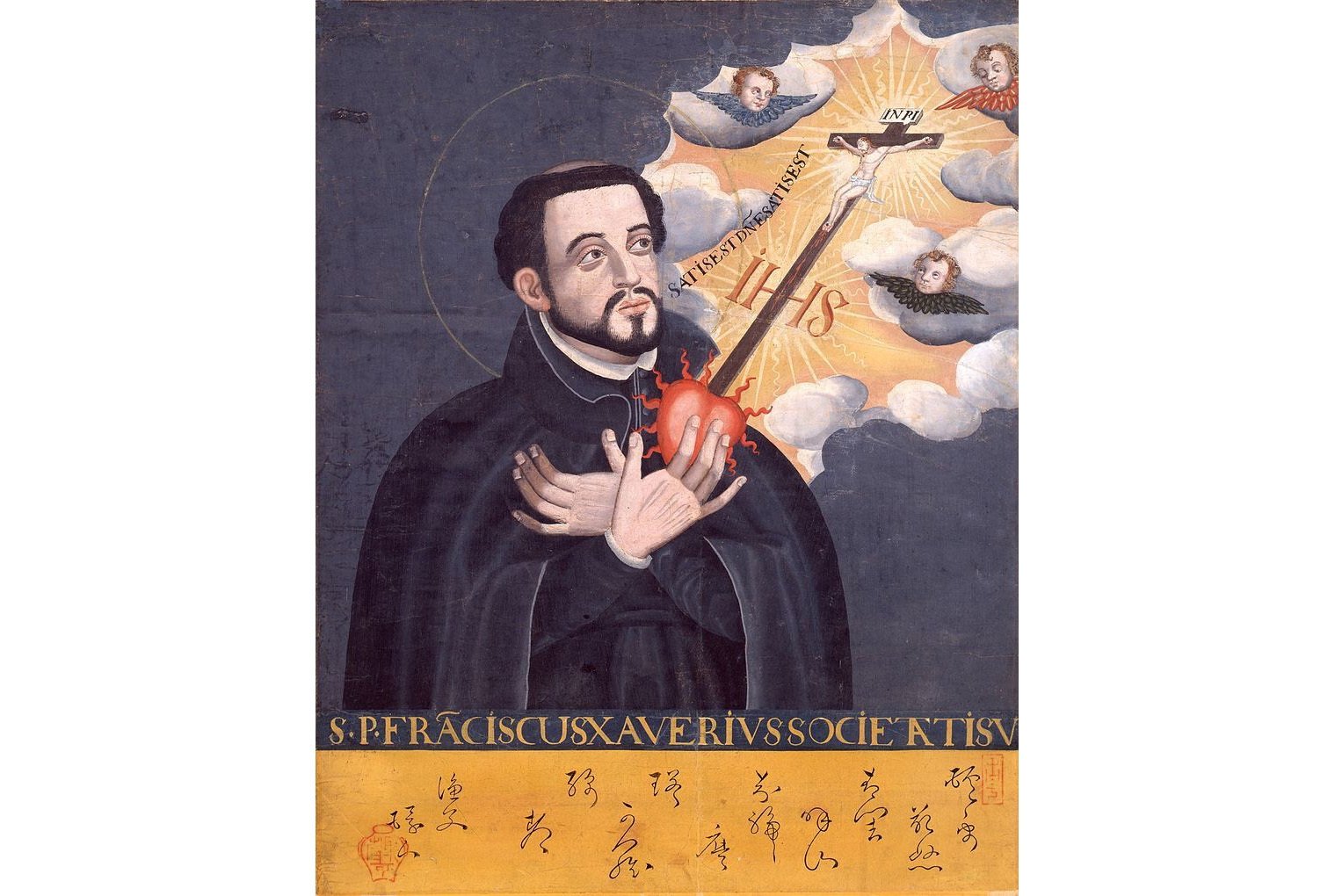 The X symbol made by Francis Xavier, one of the founders of the esoteric Jesuit order.
by Mehmet Hasan Bulut Jun 24, 2021 11:14 am

From its historical roots to the 21st-century tech revolution transforming human lives across the globe, here are the aims of the transhumanist movement

In the late 19th century, a society called X-Club was founded by a group of scientists in England. The "X" in the title of the club, where Charles Darwin gave lectures from time to time, symbolized change and evolution according to his esoteric beliefs. The most famous members of the club, also known as X-men, were social Darwinist Herbert Spencer and biologist Thomas Henry Huxley. In fact, Huxley was the one who asked Darwin to pen the theory of evolution he had shaped in his mind for years.

Along with the theory of evolution, Darwin introduced the notion of kabbalah – that the human mind would develop into a god as a result of evolution – to the world of science and he built the infrastructure of this belief among scientists. The club, supported by capitalists with very strong connections, chose the scientists of the time who believed in creation and ensured that the theory of evolution was accepted by the public. The theory of evolution began to appear in textbooks in England. Huxley was the member who demonstrated the most effort in the lectures and conferences he gave.

Inspired by Darwin and examinations of his ideas, German philosopher Friedrich Nietzsche introduced the idea of “übermensch,” or superman, taking humanity to the next stage in evolution in the eugenic sense. Hitler, who was a fan of Nietzsche and saw himself as a superman, began to work toward creating a superior race. The scientists who carried out these studies in Germany moved to the U.S. following World War II and established the Cybernetics Group under the control of the Central Intelligence Agency (CIA). Research would no longer be focused on race but on medicine and technology.

The Fabian Society in England wanted to establish the socialist New World Order under the control of the capitalists. However, they did not want to do it the same way as in Soviet Russia; instead, they sought to carry out revolutions using an evolutionist approach. The members of the society did not remove Nietzsche's works from their bedside. This society, which involved Huxley's science fiction student H. G. Wells, included two famous writers. These writers, who put forward two dystopias, that is two visions of the future of the world, were George Orwell and Huxley's grandson Aldous Huxley. In both Orwell's “1984” and Huxley's “Brave New World,” the world is ruled by a certain party, a certain class. The concept of family disappears and a socialist order dominates society. The main difference between the two novels is that people in “1984” are forcibly enslaved by the party while the characters love slavery in “Brave New World.” Huxley not only wrote the novel but also went to the U.S. and participated in the work to create a superman with the team there.

While Aldous Huxley was conducting research on LSD to control the human mind in the U.S., his brother Julian Huxley introduced the term “transhumanism” to the literature in his book “Religion Without Revelation.” Transhumanism (humanity+) is a term used to describe people going beyond their current physical and mental limits through science and technology. According to transhumanists, since human evolution had stopped, it was necessary to push it forward using machines and drugs. One of Julian's favorite friends, who was also the first UNESCO director, was the Jesuit priest Pierre Teilhard de Chardin. Teilhard was known as the Catholic Darwin. He was a leading actor in the Piltdown Man fraud, in which the human skull and orangutan jaw were combined to demonstrate the transitional form in evolution, a development that went down in history as a scandal. De Chardin believed that the minds of all people would unite at a higher level of consciousness, which he called the "noosphere," meaning "mind sphere."

Studies in the U.S. bore fruit in a short time. Personal computers brought the internet into our lives and the ubiquitous "www," which can read as three waws, meaning 666 in Hebrew (and according to the abjad), which is also the sign of the Antichrist according to the Bible. PCs have replaced the drug LSD. The network, which the Jesuit de Chardin called “noosphere” and H. G. Wells called the “world brain,” was thus brought to life through computers and other electronic devices.

Now, all the conversations we have over the internet, all the messages and pictures we send, all the preferences we click, that is, all the information that introduces us better than ourselves is collected in the background and this is called Big Data. When a sufficient level of knowledge and technology is reached, the plan is for Big Data to turn into Big Brother thanks to artificial intelligence (AI), the god of transhumanists that will take its place at the top of the pyramid and take control from human hands.

Although they have esoteric beliefs, transhumanists do not believe in the soul and instead see the human brain as a machine. They believe immortality will be possible by transferring the human mind to servers or other bodies/machines. There are agnostics in this community, as well as atheists like Max More, the head of the Alcor society, who deals with cryonics in order to resurrect people in the future through technology. In his article entitled "In Praise of the Devil," More says: "Lucifer’ means ‘light-bringer’ ... The story is that God threw Lucifer out of heaven because Lucifer had started to question God ... Lucifer is the embodiment of reason, of intelligence, of critical thought. He stands against the dogma of God and all other dogmas. He stands for the exploration of new ideas ... God also hates it when we enjoy ourselves. If we let ourselves experience too much pleasure then we might lose interest in obeying him. Join me, join Lucifer, and join Extropy in fighting God and his entropic forces with our minds, our wills and our courage.”

Today, many projects are carried out by transhumanists with the aim of transforming people. Since there are still places in the world that do not have internet and electricity, Google's X Company and Facebook are spending millions to ensure that those who do not even have water to drink can benefit from the blessing that is the internet.

Former X employee Mary Lou Jepsen is striving to develop an MRI machine that can be worn as a beanie and read minds; Elon Musk, the owner of SpaceX, is working on a Neuralink project, in which chips and electrodes will be added to the brain and body to connect us to the network like computers. DARPA research and development agency, which serves the U.S. Army, is experimenting with cyborg soldiers with chips in their brains. The X Prize Foundation of Transhumanists also organizes competitions in the hopes of reaching the New World as soon as possible.

We have stepped into the new world with new advents like robots, genetic engineering, virtual reality (VR), brain and space exploration, nanotechnology, artificial intelligence, cybernetics and synthetic biology to name a few developments. Esoterics, who were unable to evolve spiritually due to being on the wrong path, are realizing it physically and synthetically through technology, almost like a magician. Well, what will we do when the day comes that a chip is implanted into our brain like in "The Matrix," or when drugs in the movies “Lucy” and “Limitless” are introduced into the market? Will we resist or will we form queues in front of stores like when a new phone model comes out? I belive the second possibility will become a reality. After all, we live in a Brave New World, one where we are unwilling to give up our phones and internet, even after reading this article, and slavery is relished. As Elon Musk said, we have already turned into cyborgs thanks to computers and smartphones, which we cannot drop or operate without. All that remains is to install these technologies beneath the skin's surface.