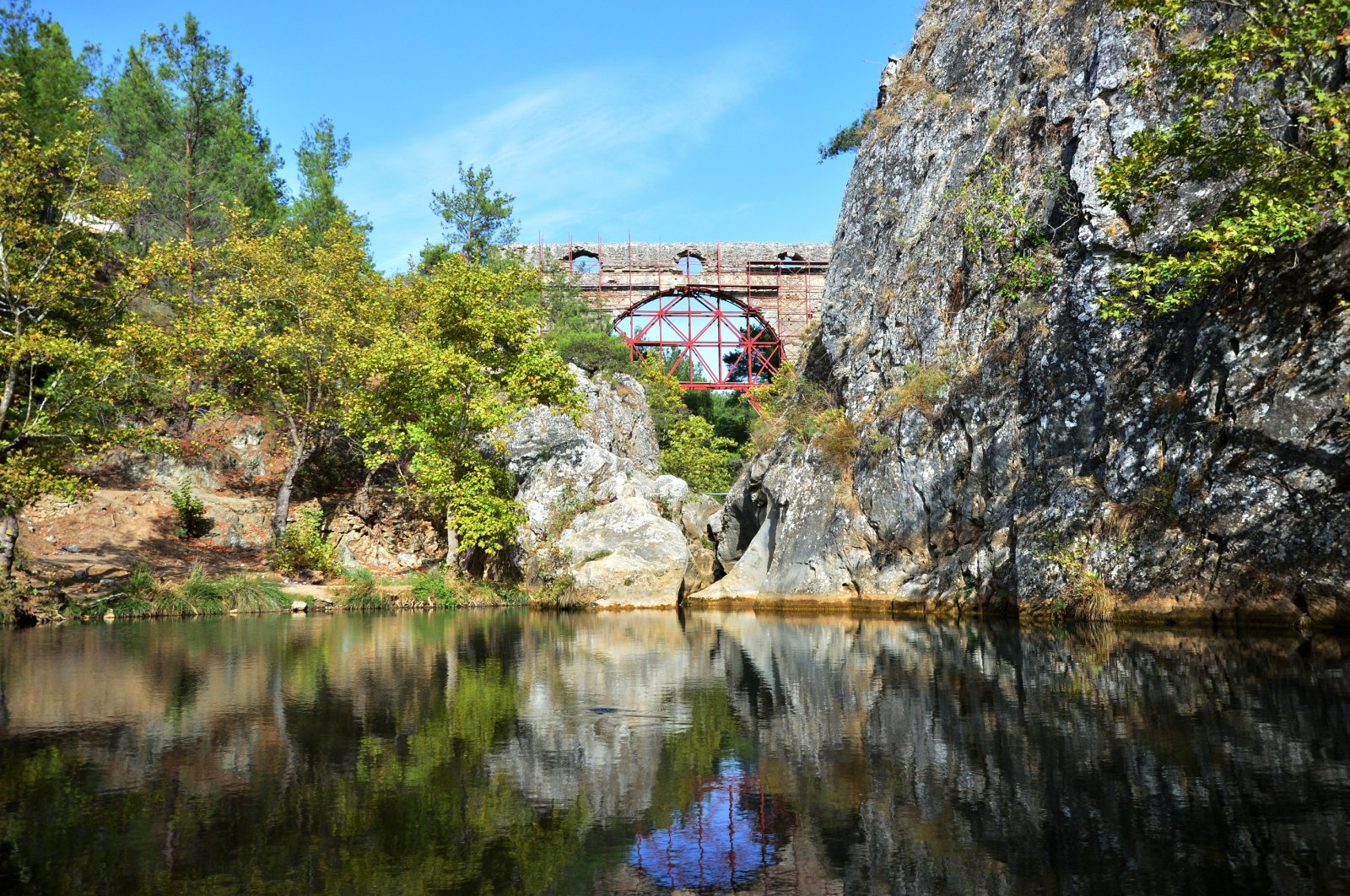 The ancient city of Troy’s still-standing 3,500-year-old aqueduct is set to be restored in the village of Civler in western Turkey’s Çanakkale province. The historical structure, known as the Kemerdere Aqueduct, will be repaired and restored to its original state thanks to the work of the Çanakkale Special Provincial Administration and South Marmara Development Agency (GMKA).

Samples of the historical aqueduct, a significant piece of cultural heritage from the Roman period, have been extensively analyzed to determine the correct materials needed for the repairs. Archaeological excavation work is also being conducted to uncover the remains of the structure’s foundations with help from the Museum of Troy, said Abdullah Köklü, deputy governor and secretary general of the Special Provincial Administration of Çanakkale.

Speaking to Anadolu Agency (AA), Köklü said the restoration project is expected to be over by mid-2021 and that they were trying their utmost to respect the original Trojan structure.

“Missing coping stones are being replaced and arches are being built. On the other hand, we are opening up undamaged jointed parts to renew their filling in order to better preserve them. We are using original stones as much as possible and the plaster is prepared accordingly,” he said.

Ancient Troy, whose history dates back to 3,500 B.C., was an enormously wealthy city and the center of military activity and trade in the region. The aqueduct, built by the Romans, was a crucial water supply for Troy and the surrounding settlements, said professor Rüstem Aslan of Çanakkale Onsekiz Mart University, the head of the archaeological team at the excavation site of Troy.

“Troy always carried importance for the Aegean. Its relevance had declined slightly in 1,200 B.C., after the Trojan War lay waste to the city, as described by Homer’s famous epic,” Aslan said. "However, after Alexander the Great’s conquest of Anatolia and particularly during the Hellenistic period, the city was rejuvenated.”

“The city’s population continued to grow, and the region gained new importance as the Byzantine era started. This meant increased water needs. The Kemerdere Aqueduct was one of the most crucial structures of that time, carrying fresh water to the city from sources that were 8-10 kilometers (4.9-6.2 miles) away with an architecture that incorporated small and large arches,” he said.

Aslan emphasized and praised the craftsmanship of ancient architects with the monumental aqueduct still standing today.

“It is a masterpiece in engineering, supplying water to an area from Kemerköy and Çamlıca to Troy and its surroundings. It carried significant importance in the daily lives of ancient people, and it carries significant historical importance today,” he said.

Troy and surrounding archaeological sites have recently been receiving a lot of special attention from foundations and administrations, especially after 2018 was declared the “year of Troy,” according to Aslan.

The region’s historical heritages are being repaired with projects like “Arkeoköy” and “Etnoköy” to preserve archaeological and ethnic artifacts, and the latest project to restore Kemerdere is expected to be a major boost for the region’s cultural and historical tourism.