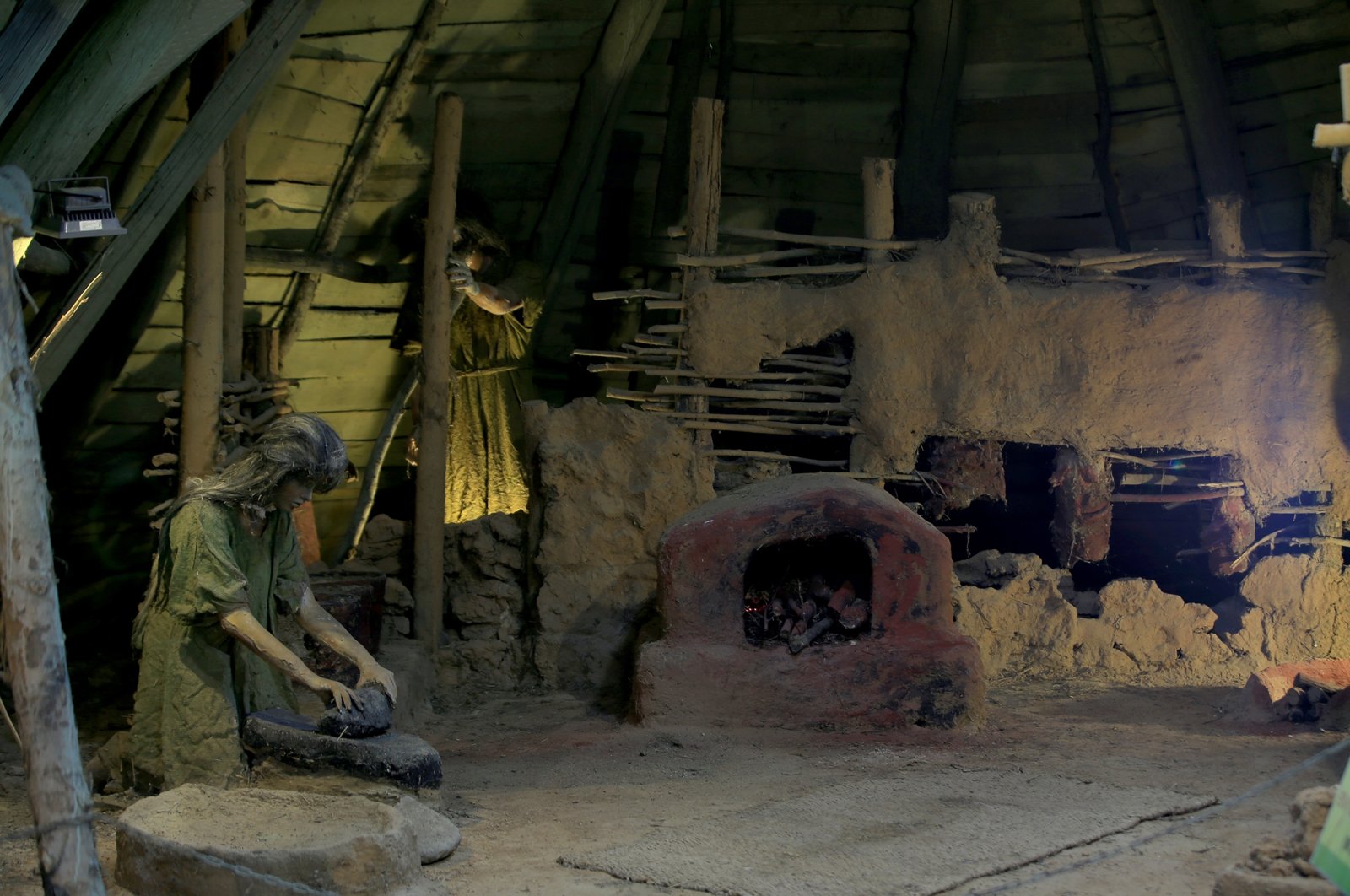 Ever wondered what daily life was like a mere 8,000 years ago? If so, you might be in luck as the archaeological findings unearthed in the Aşağıpınar excavations, in Turkey's northwestern Kırklareli province, are set to be exhibited in the form of an open-air time tunnel on the site, ensuring the ancient historical insight gained will be passed down to future generations.

Started in 1993, the studies on the site revealed the traces of the region's oldest farming communities that brought agriculture and village settlement from Anatolia to Thrace.

As the studies concluded recently, an Open Air Museum and Visitor Reception Center project has been launched with a TL 2.6 million (over $291,500) budget funded by the local Culture and Tourism Directorate and IPA Cross-border Co-operation Program.

A wooden time tunnel for the visitor reception center and the basic construction works of the museum have been completed, and models representing humans, animals, tools and equipment of 8,000-year-old village life have been placed in the open-air museum.

Kırklareli Culture and Tourism Director Veli Şen told Anadolu Agency (AA) that the village life of the year 6,000 B.C. will be presented to future generations through the project.

The remnants of the oldest farming communities of the region give insights into the lifestyles of ancient village communities, he said.

"It is fair to say that Aşağıpınar is humanity's common heritage, village settlement and the first example of a village community," Şen continued. "We know that the village settlement communities that came from Anatolia lived here for a while, and then moved to Europe and other regions," he added.

Şen said, "The visitors coming here will be informed about the human lifestyle of the era."

The project is expected to be completed by the end of 2023.