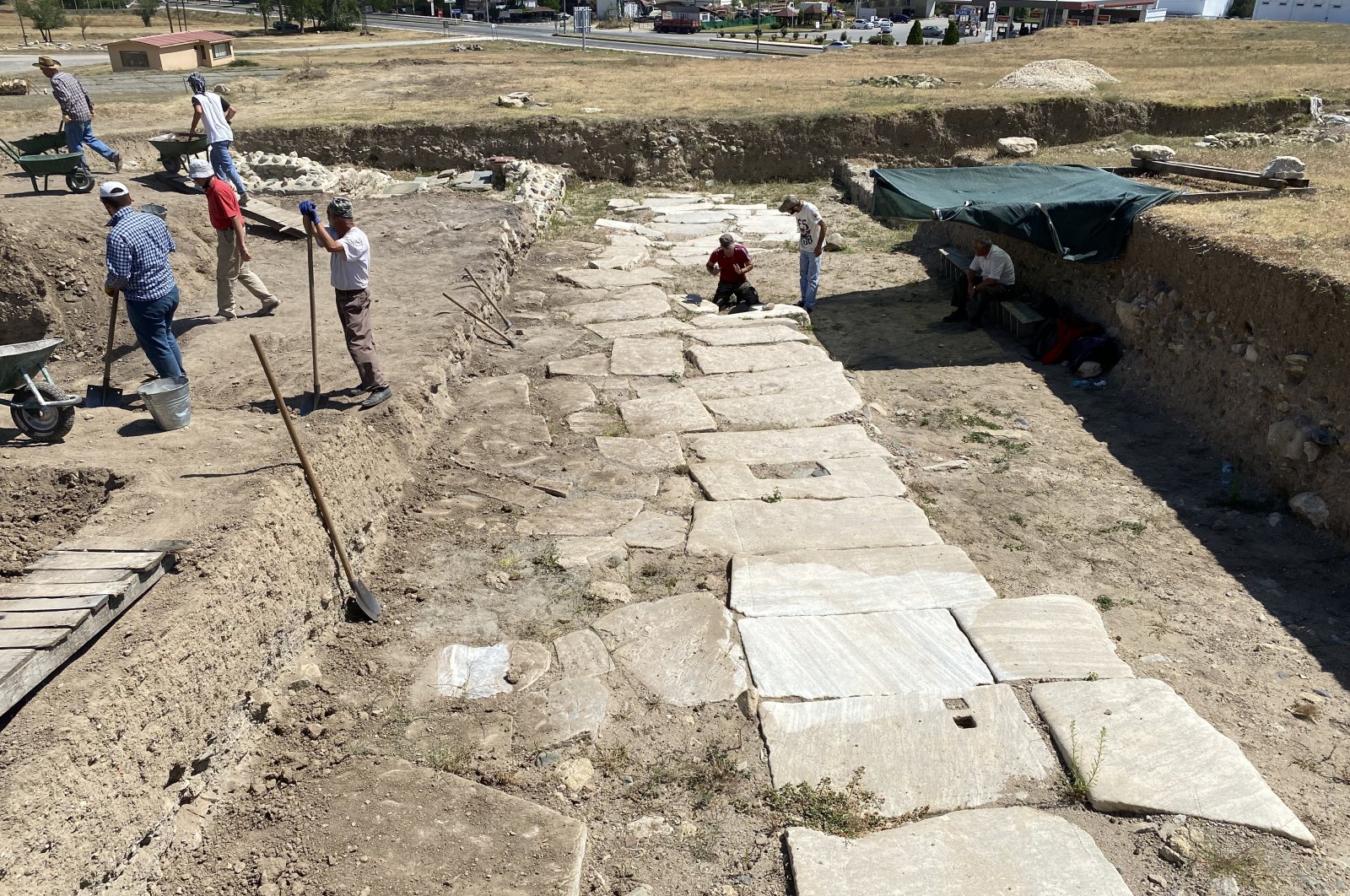 The ancient city of Pompeiopolis, in the Taşköprü district of northern Turkey's Kastamonu province, is preparing to officially become an archaeological site and open to tourism as excavations continue to reveal the beautiful history of the city and the region.

Pompeiopolis, one of the largest cities in Anatolia during the Roman period, was once the capital of the ancient region of Paphlagonia. Excavations at the city have been ongoing with a team of 30 archaeologists from Turkey, Italy and Poland, led by Tayyar Gürdal, Head of the Department of Classical Archaeology at Bülent Ecevit University's Faculty of Arts and Sciences.

The excavations began back in 2006, and have continued with the support of the Ministry of Culture and Tourism, Kastamonu Museum and the Taşköprü Municipality, and a project has been submitted to the North Anatolian Development Agency (KUZKA), to turn the city into an archaeological site.

With KUZKA's support, the project proposes to preserve and protect the ancient city borders, install CCTV security cameras, creating a new visitor welcome area, an introduction area and a warehouse and laboratory for the excavations.

Pompeiopolis was one of the seven cities founded by the Roman general Pompey the Great along the fluvial plains of Iris, Halys and Amnias in 64 B.C. as he conquered the Pontic Kingdom in Northern Anatolia and consequently incorporated the region into the new Roman double province of Bithynia-Pontus.

During its peak in the second century A.D., the city had become the capital of the ancient Roman Province of Paphlagonia. Some inscriptions on stone and coins bear the title “Metropolis of Paphlagonia.”

Gürdal said that excavations in the city were now focused on the Roman villa. He also noted that restoration efforts were ongoing.

“We have seen and noted that efforts on the presentation of the ancient city of Pompeiopolis were scarce. We intend to close this gap. Of course, the most important work we do in closing this gap is restoration and conservation work,” Gürdal told Anadolu Agency (AA).

Gürdal said that these works were particularly expensive.

“These two are areas that really need to be worked on with large budgets. We need support for this. We have a guided project, that will be realized with the development agency and supported by our municipality. It is important for us to realize this project.”

He also pointed out that there were several archaeological excavations throughout Turkey.

“It is not possible for our state to reach everywhere," Gürdal said and added, "Here, local forces need to take responsibility and support the excavations. If we get their support, we can ensure very efficiently and quickly that the ancient city of Pompeiopolis is transformed into an archaeological site that is (accessible to the public).”

“I think the ancient city of Pompeiopolis is a very important center for the future of Taşköprü and Kastamonu.”