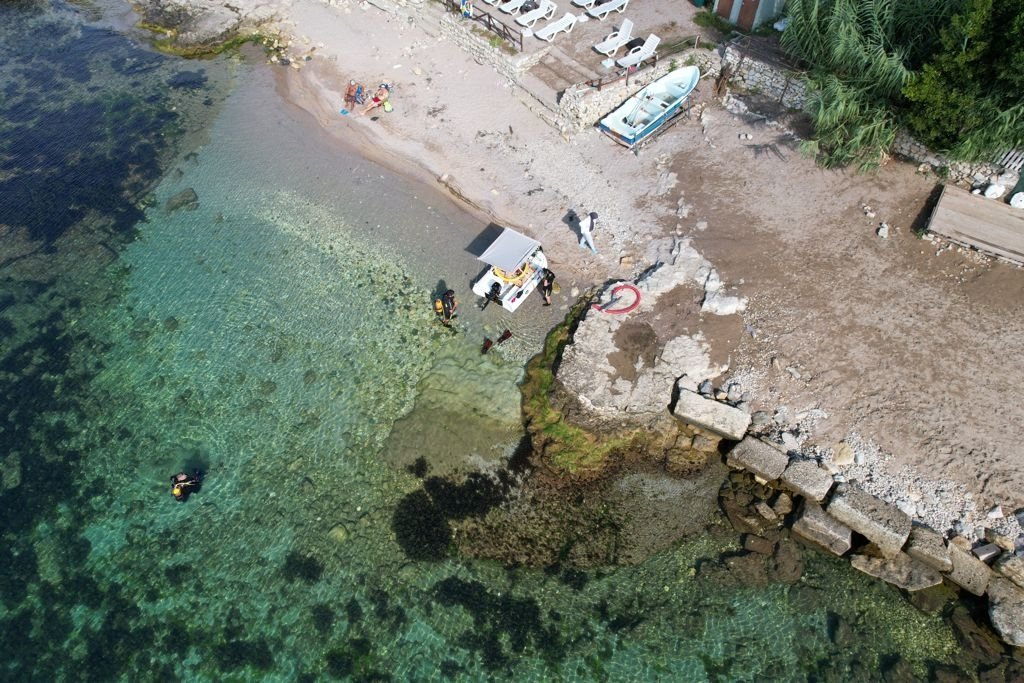 Underwater excavations and research have started to unearth the history of ancient Kerpe Harbor and its port on the Black Sea coast in Kocaeli's Kandıra district.

The 1,700-year-old port located in the harbor was established by the colonies of the Megara settlement once based in modern-day Greece as a useful location that provided access to Black Sea trade routes and served as a strategic spot for a military outpost.

Researchers believe a wide variety of historically significant artifacts and ruins await discovery in the depths of Kerpe Harbor, once part of important settlements during both the Roman and Byzantine eras.

Researchers hope the excavations will lead to the discovery of cultural assets in the region. Along with artifacts, the team hopes to also determine the Black Sea trade route used by the Ottoman Empire and uncover information regarding regions that once hosted intense trade activity.

By recording the site's vast history, the aim is to offer a wide variety of interesting sites to attract tourism to the region and increase its tourism potential.