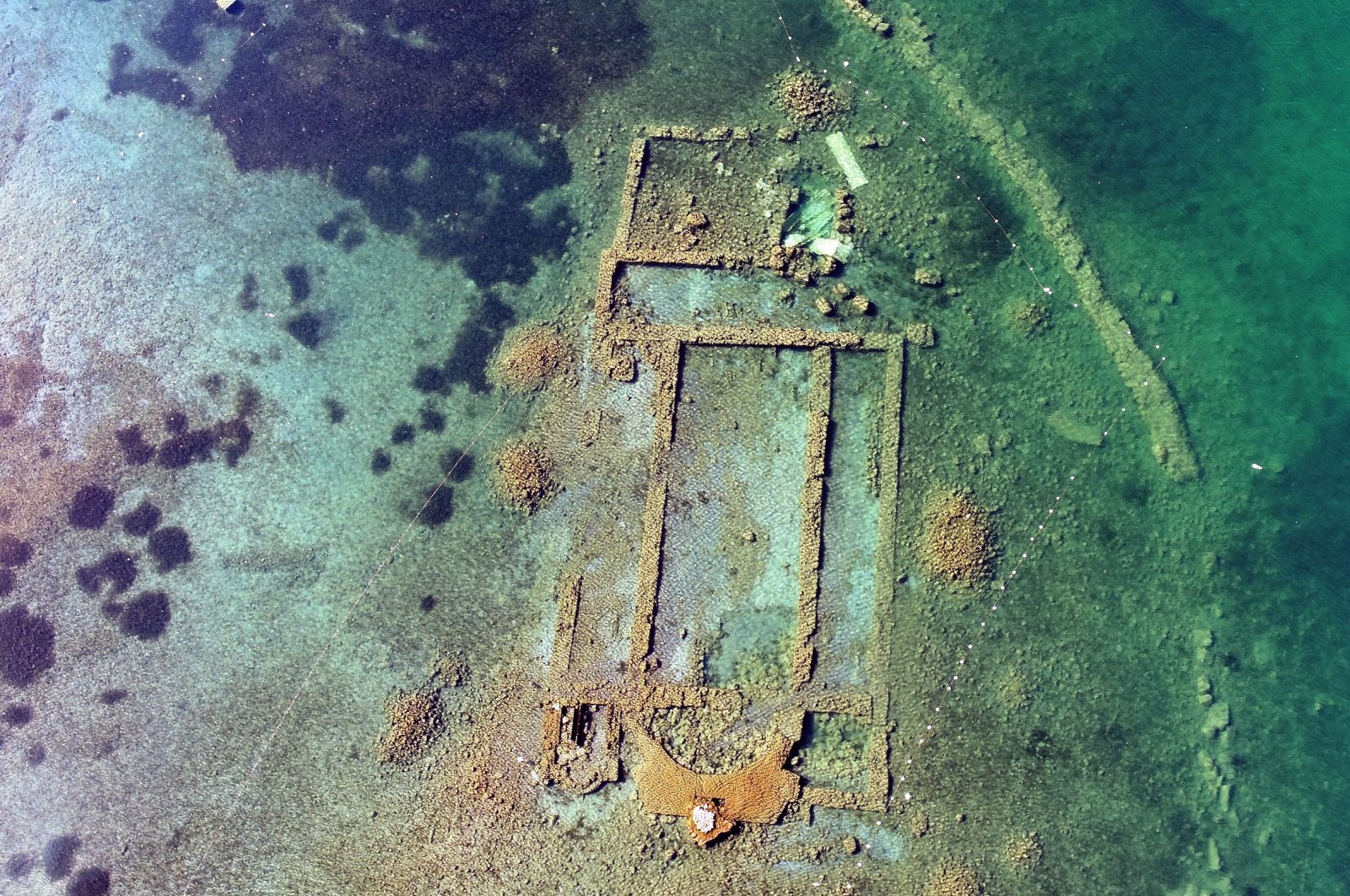 The underwater remains of a 1,500-year-old basilica in honor of St. Neophytos has re-emerged with the withdrawal of waters from a lake in the Iznik district of the province of Bursa, northwestern Turkey.

Aerial photographs have helped uncover the basilica, which is believed to date back to the fifth century.

The historical remains of the basilica are located 20 meters from the shoreline and two meters below the usual level of the lake.

Experts estimate that the site of worship was buried in lake waters during an earthquake in 740, however, it has only now reemerged due to the effects of a drought in the region.

Iznik was an important religious center both in Roman and Byzantine times. Some archeologists believe that the basilica is an example of early Christian architecture.

Work has been ongoing since 2015 to present the ruins as part of an underwater museum, as excavations continue.

Over the course of the project, a number of remarkable artifacts have been discovered, including the seal of a number of Scottish knights, who are believed to have been the first foreign visitors to the basilica, before it was swallowed up by Lake Iznik.