Unique prototype of 1st US dollar coins auctions for $840,000 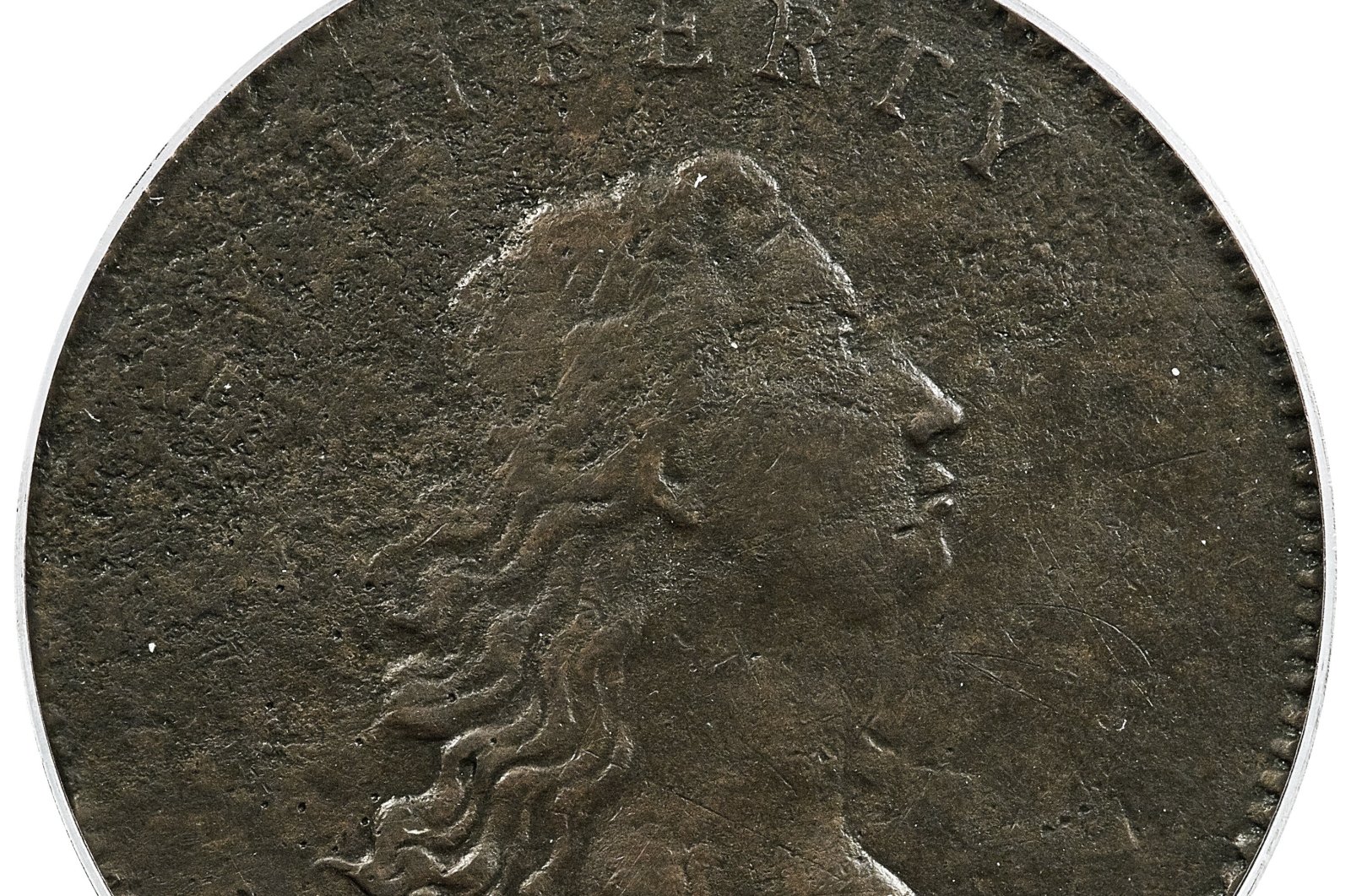 The front of a piece of copper that was struck by the U.S. Mint in Philadelphia in 1794 and was a prototype for the fledgling nation's money. (Heritage Auctions via AP)
by Associated Press Apr 28, 2021 4:00 pm
RECOMMENDED

A unique piece of history found a new owner on Friday as the copper prototype for the fledgling dollar coin, struck by the United States Mint bureau in Philadelphia in 1794, was sold for $840,000 in an auction.

Heritage auctions spokesperson Eric Bradley said the "No Stars Flowing Hair Dollar" opened at $312,000 when it was put up Friday evening but "in less than a minute, intense bidding quickly pushed the coin to its final auction price of $840,000."

The coin, formerly owned by businessperson and Texas Rangers co-chairperson Bob Simpson, had been expected to sell for $350,000 to $500,000, Bradley said.

While it closely resembles silver dollars that were later minted in Philadelphia, it gets its name because it is missing stars. Jacob Lipson of Heritage Auctions said earlier that starless coins are considered by collectors and institutions as "one-of-a-kind prototypes for the silver examples that would follow."

Known as a pattern, the front features the flowing hair portrait of Liberty and the date 1794, while the reverse side shows a small eagle on a rock within a wreath. Similar starless examples are part of the Smithsonian Institution’s National Numismatic Collection.

"It’s incredibly exciting,” said California-based numismatist David McCarthy. "It gives us a view into what was going on inside the Mint in 1794 when it was gearing up to make the first dollars ever struck.”

The pattern was forgotten as the Mint continued the process of creating the nation's first silver dollars. "Coin collecting lore states the unique rarity was excavated from the site of the first Philadelphia Mint before 1876,” Lipson said.

That was how the coin’s first owner described its history at its first auction appearance in 1890. The pattern is corroded and not in perfect condition, Lipson said, likely because it was buried at the site of the original Mint.

There are some scratches and other marks on its brown surfaces. It has traded hands eight times, according to the auction house.

Simpson, 73, purchased it along with other patterns in 2008 to add to his large collection. He views himself as a steward and thinks it is time for someone else to enjoy it.

"I think coins should be appreciated almost as artwork,” he said. "I have gotten more than enough joy from them.”

Simpson said he wasn't wealthy when he started collecting. As a boy, he said he would go to a bank, get a roll of coins and examine them. It was part of the fun he said he has had in this country.

"America is the only place I think where you can travel from near poverty to wealth based on education," he said.