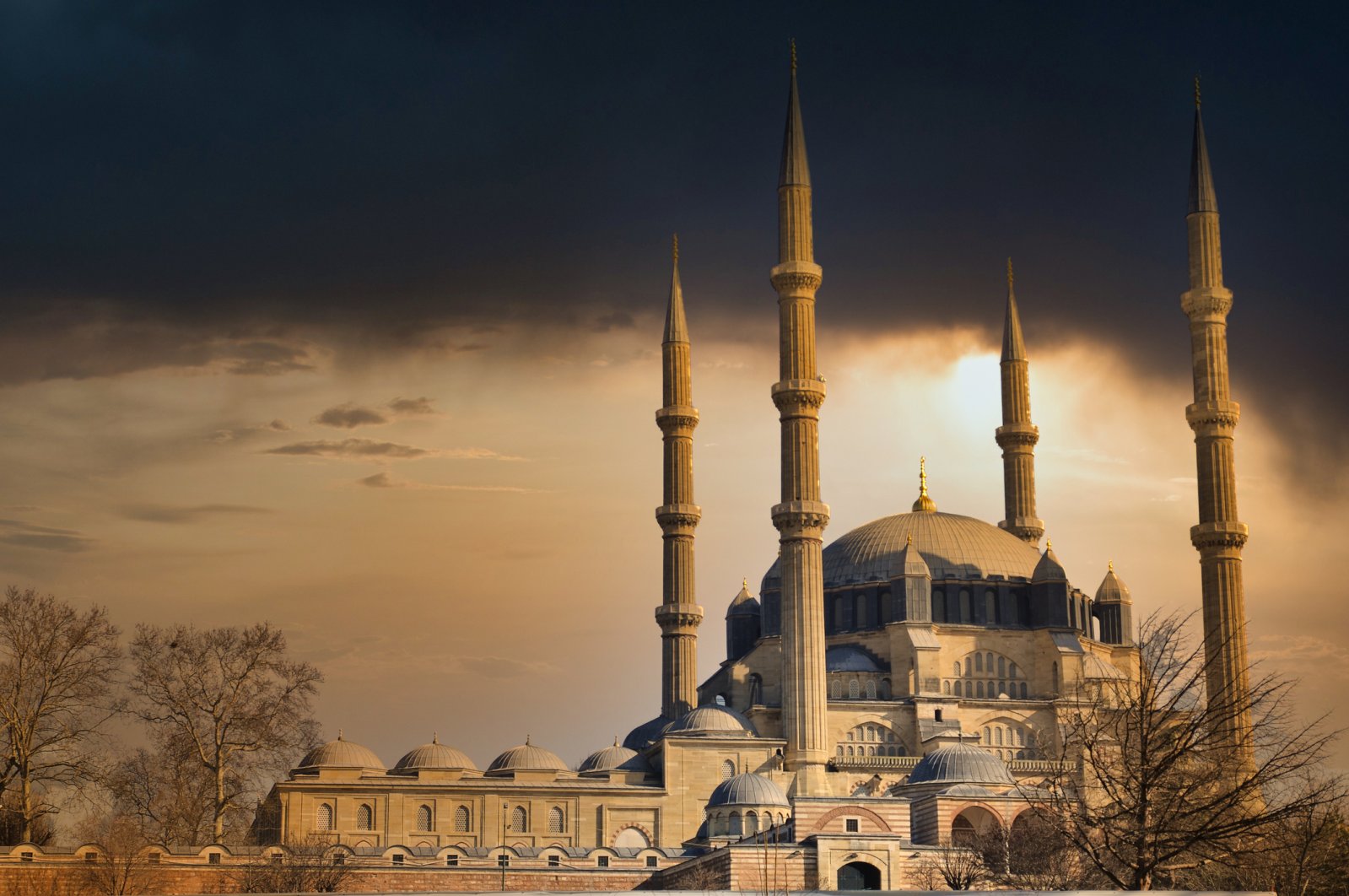 The UNESCO World Heritage Site is regarded as the peak of Turkish-Islamic architecture. (iStock Photo)
by Miraç Tapan Mar 06, 2020 1:12 pm

It witnessed the rise of the Ottoman Empire and today the grand Selimiye Mosque Complex still bears the soul of its time. It is the must-see place on a trip to Turkey's northwestern Edirne province.

There are many reasons to visit Edirne: the 700-year-old Kırkpınar Oil Wrestling Festival, the Balkan type of Halloween fright night called Böcük Night, which has been celebrated for hundreds of years, and of course, the famed and delicious Edirne fried liver, which will change your mind about offal forever. There is another attraction that builds a bridge between the past and present, however, in this city which sits on the western border of Turkey. It remains from a time when Edirne was the capital of one of the world's most powerful realms, the Ottoman Empire. It is the Selimiye Mosque.

Formerly known as Adrianople, Edirne was founded by the Romans as one of the Thracian strongholds of its empire. In 1361, the Ottomans conquered Thrace and Edirne, and Sultan Murad I moved the empire’s capital from Bursa, making the city the heart of his western campaigns. Edirne flourished under Ottoman rule. Artisans and architects from all over the world flocked to the city to leave their mark on history. Later, after the capital moved to Istanbul, Edirne fell into a deep slumber.

When Shahzade Selim, who succeeded to the Ottoman throne as Sultan Selim II after his father Süleyman the Magnificent’s death, was stationed in Edirne, he fell in love with the city. He enjoyed a lavish lifestyle at the imperial palace by the Tundzha River while also going to the outskirts of the city for hunting. It was no surprise he chose Edirne as the home for his imperial mosque.

Sultan Selim II wanted a mosque so grand that it would dominate the entire skyline of the city. To build his grand mosque that would bear his name for years to come, he chose the empire's greatest master, Sinan the Architect. Mimar Sinan, already in his 80s, was the imperial architect of Selim II's father and a highly celebrated artisan throughout his life.

The foundation stone of the magnificent Selimiye Mosque and its “külliye” (social complex) was laid in 1568, and the entire structure was finished in just seven years. It is believed that around 15,000 artisans traveled to the city to work on the complex and the mosque. The final result was a work that marked the peak of Sinan's career and a mosque that represented the highest form of Ottoman art and architecture. UNESCO declared it one of the greatest architectural achievements in history, and it became a World Heritage Site in 2011.

Today, the Selimiye Mosque complex continues to dominate Edirne's skyline, and it shows off its grandeur with four slender minarets that can be seen from every corner of the city. The compound includes a school for higher education, a covered market, a clock house, an outer courtyard and a library. Despite having a large dome, thanks to Sinan’s architectural genius, the main hall at the center of the mosque has no dividers, so it can host 6,000 Muslims for prayer. Rumored to have drawn inspiration from the architectural details of the Hagia Sophia in Istanbul, Sinan built the complex in a way that emphasized unity both in the material and spirit.

The Selimiye Mosque is far more than just its external grandeur as its interior truly captures the architectural genius of Sinan. The innovative structural design allows for numerous windows that create an extraordinary illuminated interior. The decorations, including the detail and beauty of the otherworldly İznik tiles, were handcrafted by the most capable artisans of the time, giving the complex its soul. The mosque’s painted adornments feature geometrical and floral patterns and calligraphy, carved and mother-of-pearl inlaid wood fixtures. The carved marble mihrab – a semicircular niche that indicates the the direction of the Kaaba in Mecca where Muslims should face during prayer – and minbar (pulpit) are considered masterpieces.

• Although the mosque and its complex are well-preserved, they have undergone renovation many times, including one orchestrated by Sinan himself after lightning struck the building.

• Despite commissioning the mosque, Sultan Selim II did not live to see the mosque in its final form as he died just one year before its completion.

• The magnificence of the Selimiye Mosque’s slender minarets usually makes people think that they are the longest mosque minarets in the world. At 70 meters (230 feet) in height, however, they are not. The Hassan II Mosque in Casablanca, Morocco, has the tallest minaret at 210 meters (689 feet).

• The mosque and its covered bazaar have protected their integrity and are still in use today. The schools, however, were turned into a museum dedicated to Sinan and the mosque itself, following the foundation of modern Turkey.

• Traces of the damage caused by Bulgarian artillery during the Balkan Wars in 1913 can still be seen today. It was not restored on the orders of Mustafa Kemal Atatürk, the founder of the Republic of Turkey, to teach future generations the ugly side of war.