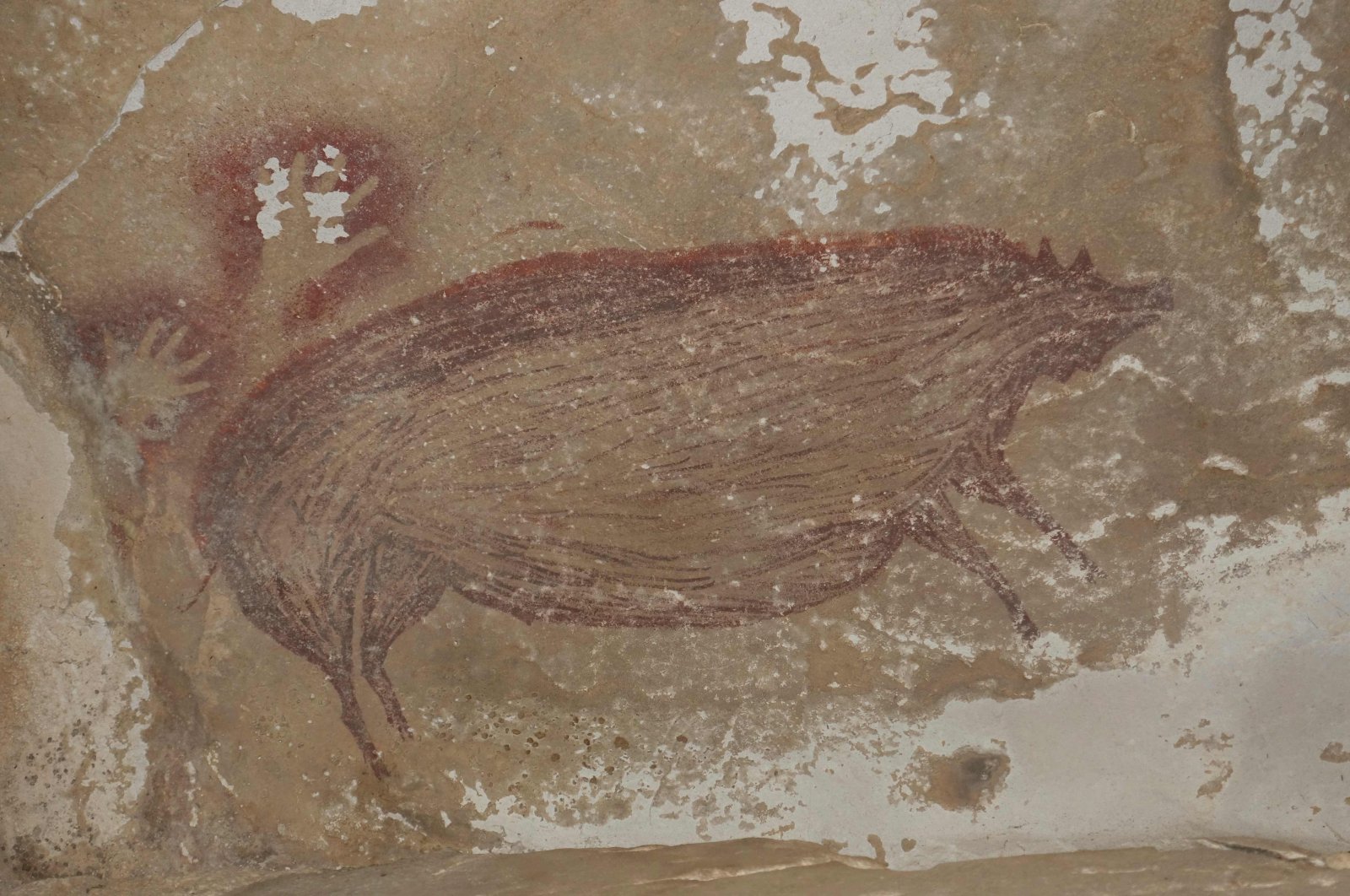 Archaeologists have discovered the world's oldest known cave painting: a life-sized picture of a wild pig that was made at least 45,500 years ago in Indonesia.

The finding described in the journal Science Advances on Wednesday provides the earliest evidence of human settlement in the region.

Co-author Maxime Aubert of Australia's Griffith University told Agence France-Presse (AFP) that it was found on the island of Sulawesi in 2017 by doctoral student Basran Burhan, as part of surveys the team was carrying out with Indonesian authorities.

The Leang Tedongnge cave is located in a remote valley enclosed by sheer limestone cliffs, about an hour's walk from the nearest road.

It is only accessible during the dry season because of flooding during the wet season – and members of the isolated Bugis community told the team it had never before been seen by Westerners.

Measuring 136 by 54 centimeters (53 by 21 inches) the Sulawesi warty pig was painted using dark red ochre pigment and has a short crest of upright hair, as well as a pair of horn-like facial warts characteristic of adult males of the species.

There are two handprints above the pig's hindquarters, and it appears to be facing two other pigs that are only partially preserved, as part of a narrative scene.

"The pig appears to be observing a fight or social interaction between two other warty pigs," said co-author Adam Brumm.

Humans have hunted Sulawesi warty pigs for tens of thousands of years, and they are a key feature of the region's prehistoric artwork, particularly during the Ice Age.

Aubert, a dating specialist, identified a calcite deposit that had formed on top of the painting, then used Uranium-series isotope dating to confidently say the deposit was 45,500 years old.

This makes the painting at least that age, "but it could be much older because the dating that we're using only dates the calcite on top of it," he explained.

"The people who made it were fully modern, they were just like us, they had all of the capacity and the tools to do any painting that they liked," he added.

The previously oldest dated rock art painting was found by the same team in Sulawesi. It depicted a group of part-human, part-animal figures hunting mammals, and was found to be at least 43,900 years old.

Cave paintings such as these also help fill in gaps about our understanding of early human migrations.

It's known that people reached Australia 65,000 years ago, but they would probably have had to cross the islands of Indonesia, known as "Wallacea."

This site now represents the oldest evidence of humans in Wallacea, but it's hoped further research will help show people were in the region much earlier, which would resolve the Australia settlement puzzle.

The team believes the artwork was made by Homo sapiens, as opposed to now-extinct human species like Denisovans, but cannot say this for certain.

To make handprints, the artists would have had to place their hands on a surface then spit pigment over it, and the team is hoping to try to extract DNA samples from residual saliva.