Hoard all the toilet paper you want, Turkey has its bidets 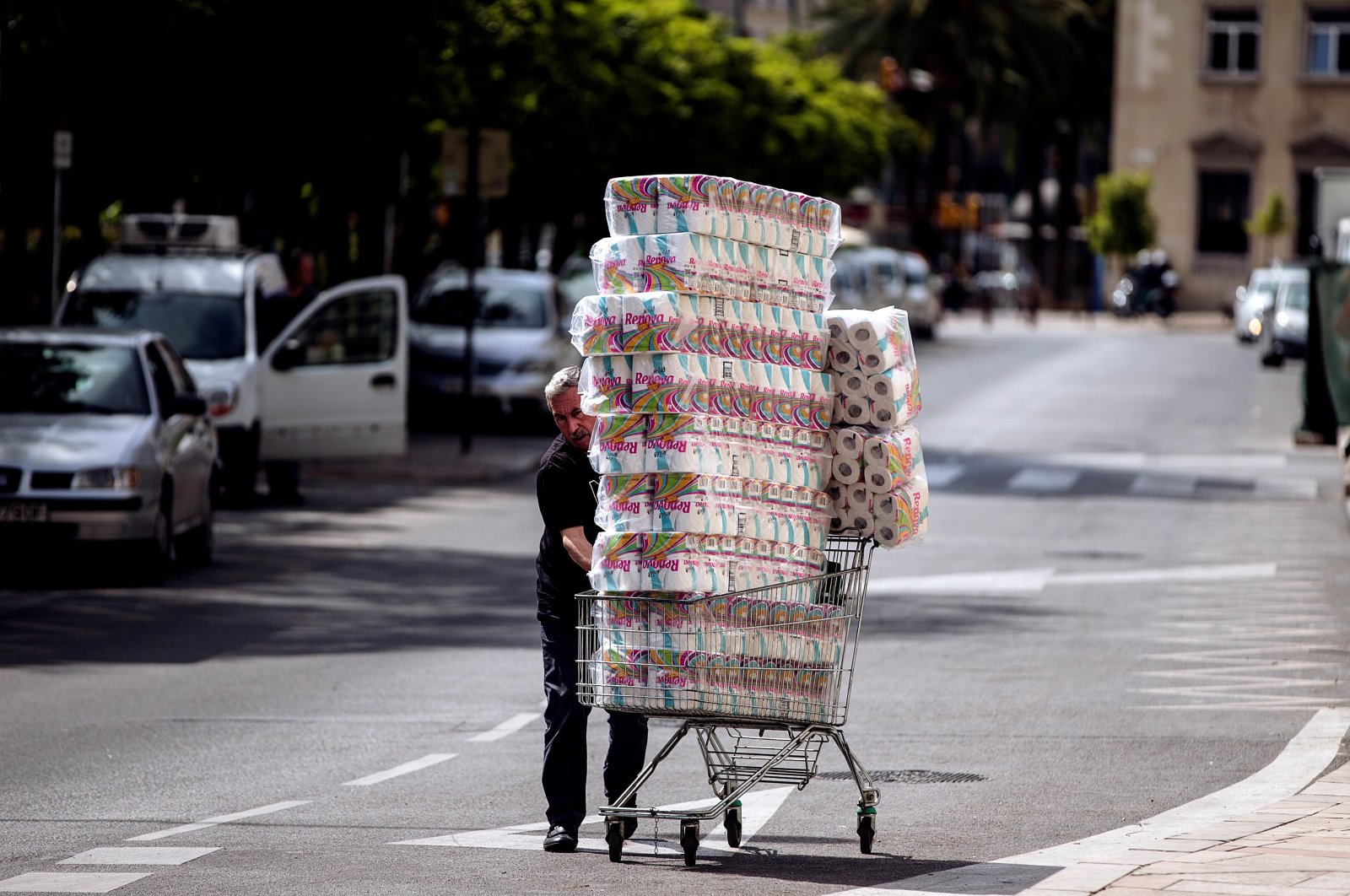 Awaking to the morning of March 11 with the news of Turkey's very first confirmed COVID-19 case, many people across the country began to display the symptoms of an illness associated with COVID-19, the disease caused by the mysterious novel coronavirus. What was even more surprising was that this illness was also seen in the U.S., Asia and Europe, and it was spreading like wildfire, worsening by the minute. What was it, you ask? Hoarding is its name.

As soon as the first victims of COVID-19 were taken into isolation and China announced a city-wide lockdown to prevent the further spread of the virus, much of the world became embroiled in a blind panic, stocking up on everything they could get their hands on – disinfectants and soap, packets of pasta, dry and canned goods, and rolls and rolls of toilet paper. One could see why people were stocking up on products such as liquid detergents and hand sanitizers; they were the most logical choice of the bunch as the virus’ point of attack is the mouth, eyes and nose – all cavities from which the coronavirus could enter the body after touching any contaminated surface. Then, of course, came another good choice: food, which was also wise considering a possible lockdown and curfew on leaving homes. But toilet paper left many puzzled, as explosive diarrhea was not one of the symptoms of COVID-19 nor did it trigger a nose running like Niagara Falls. Yet that didn’t stop anyone from buying packs and packs of toilet paper, leaving the elderly and the chronically ill in dire situations.

This conundrum eventually spurred online memes and tongue-in-cheek calculators showing people how much toilet paper they actually needed. Contrary to popular belief, you only need a few squares every time you go and if the average two-ply roll has about 500 sheets, each person only needs a roll or two a week. Things got so heated at one point that social media was flooded with videos of people fighting over the last pack of loo roll, starting full fights with a lot of hairpulling and body slamming.

Then came disaster scenarios and pessimists who were fueling the panic by making people doubt there was enough toilet paper to go around. "If all stock runs out, what will we use?" people started to ask, on a fast track to becoming unhinged.

There were expected answers such as old rags and washcloths that still preserved dignity along with a few unusual and creative ones sprinkled in, like sponges and corncobs (gross old tricks), banana leaves and even snow.

While all of this was happening around the world, there were some nations – at least the elderly and/or more traditional among them – that were just sitting back and watching the chaos ensue. The Turks were one of them.

You see, Turks have long-standing traditions pertaining to defecation and cleanliness. When some Europeans were drowning in their own excrement in the streets of big cities in the dark Middle Ages, the Ottoman Turks were evolving toward a more developed toilet culture. Ottoman facilities at least had the classic or traditional ground toilets, and there were no shared sea sponges on a stick to wipe (ahem, Romans).

In Ottoman times, especially in line with the teachings of Islam, using water for cleaning became the norm. Prophet Muhammad famously said, "Cleanliness is half the faith," which became a way of life for Muslim communities.

Soon came the good old bidets (bih-days). Nowadays bidets either come built-in with the toilet or as a separate fixture next to it. It features water jets or nozzles similar to kitchen sink sprayers that are used for personal hygiene after using the toilet, offering a much more thorough clean than the use of paper alone.

Of course, the Turks were not the only ones who opted for water over paper. Mediterranean countries like Italy, Greece and Portugal, Asian countries like China, Japan and Korea as well as Muslim countries such as Pakistan and Malaysia also have a tradition of using bidets or bidet showers in bathrooms. But of all of these, one has to admit that the Japanese have us beat on toilet culture nowadays; from seat warmers to temperature- and pressure-adjusted squirts, and even a drying function, they offer the most high-tech and in-depth cleaning options out there.

Even though nowadays the practice of using a bidet and the sight of it is diminishing in Turkey, the personal cleansing method is making a comeback, and we have the coronavirus pandemic to thank for that.

Who knows, perhaps the rest of the West will also catch on soon.