How expats celebrate the holiday season in Turkey 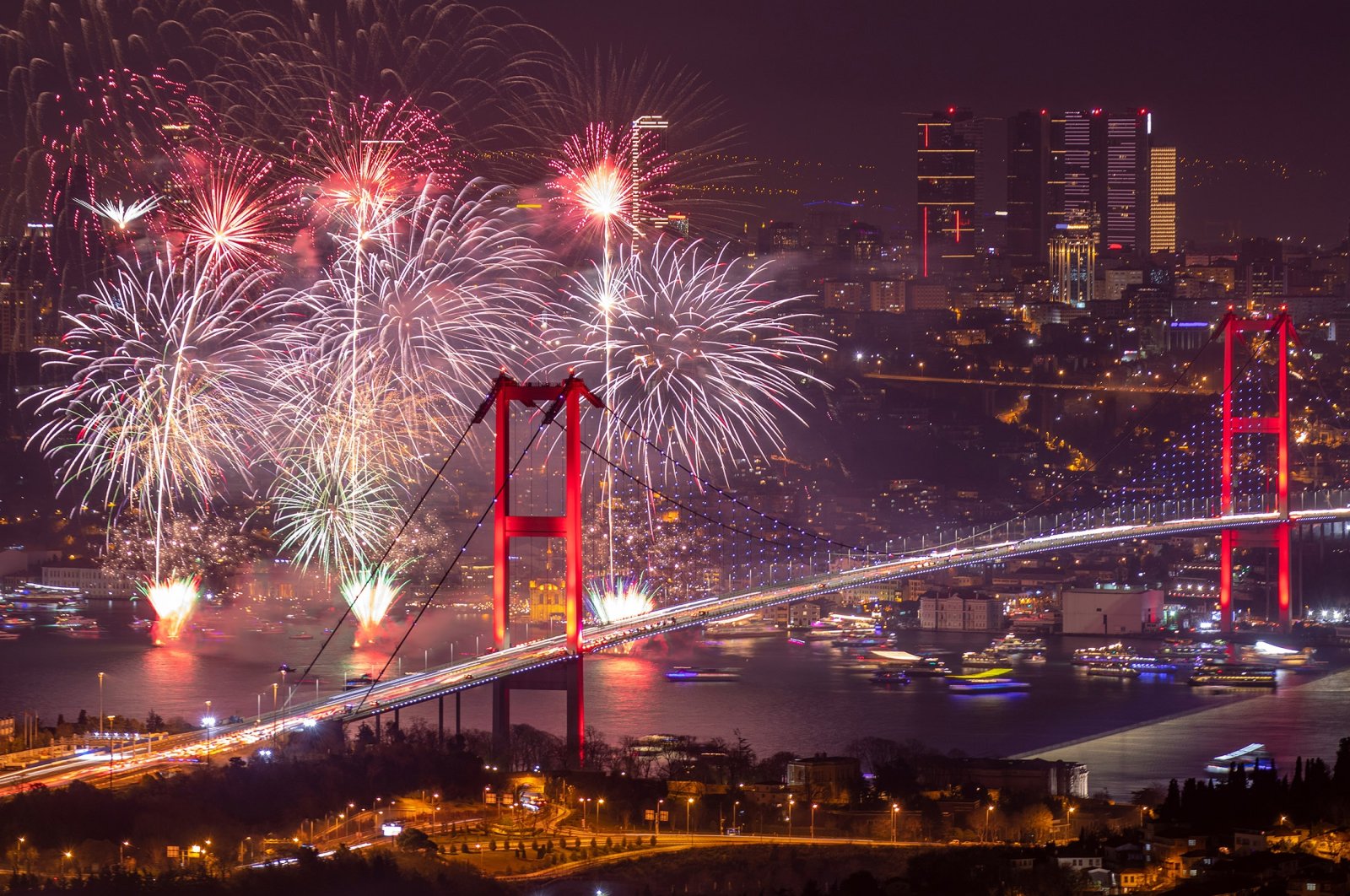 ‘Tis the season to be jolly!' What’s that, 'not yet,' you say? Well, you’d be wrong, because the expat community is already coming together in full force to make this year’s holiday season special!

It might come as a surprise that Turkey is actually a sublime destination to ring in the holiday season in cheer. From services held at some of the most spectacular churches in the world to holiday markets and fairs – and of course festivities on the day of Christmas – expats in Turkey go all-out to make this traditionally Western holiday a special one here. And why not? After all, even Santa Claus himself was born in Turkey! Nonetheless, it is never too early to plan out your holiday season, which for many an expat is the most special time of the year.

Over the years, expat communities in different regions throughout Turkey have come up with clever and entertaining ways to ring in the holiday season and start of a new year. Check out this guide to what’s happening here this holiday season in Turkey.

In the big city, the holiday season is a festive time of year with stunning decorations lighting up streets for the sake of the approaching New Year’s Eve. Admittedly, on Christmas Day, life goes on as normal. However, leading up to the actual holidays there are a number of Xmas-themed markets held that double as fundraisers for a variety of charities. The biggest holiday event in Istanbul is undoubtedly the International Women of Istanbul’s (IWI) Christmas Bazaar, which will take place this year on Sunday, Dec. 5, at the Istanbul Yelken Kulübü, which is a sailing club located in Kalamış. This annual event is one of two major fundraisers held each year by the IWI. While the organization hosts a wide variety of special interest meetups throughout the year, this is a rare opportunity for nonmembers, both male and female, to check out the organization, while also contributing to a great cause. Santa Clause will be in attendance and there will be festive gift stalls, international food and a lottery with prizes.

Istanbul Accueil, Istanbul’s Francophone cultural association, will be holding its annual Noel Bazaar over the weekend of Dec. 11 to 12 at the French Consulate in Taksim. Handmade Istanbul is a collective of foreign and local Istanbul-based artisans and crafters that make handmade products and traditionally hold a holiday market, so check out their social media accounts for updates. The same can be said for the Bomonti Kermes, which has yet to announce their annual holiday market held at and in an effort to support the Fransız Fakirhanesi located in Şişli’s Bomonti neighborhood.

On Christmas Eve and the day of, most of Istanbul’s historical churches hold multiple masses in various languages that are attended by members of the expat community. The long list of churches most notably includes the Church of St. Anthony of Padua, Church of Saint Mary Draperis, Cathedral of the Holy Spirit, St. Helena's Chapel, Crimean Memorial, Church of Saints Peter and Paul and the Hagia Triada Church, which are all located in Beyoğlu, and All Saints Church in Kadıköy.

Surprisingly, on the actual day of Christmas, there is actually less going on in the big city related to the holiday then there is in the small towns serving as expat community hubs along the southern coast. The international professional expat network Inter Nations will be organizing a party on the day and most of the city’s five-star hotels, such as the Hilton, Conrad, Four Seasons and the Swiss Hotel’s Chalet, will have buffets and holiday feasts on the day.

What’s happening down south for Christmas?

The holiday season is the best time of year to be in Bodrum, which the local expat community will also easily attest to. For decades now, the mayor has held an annual event for the region’s expats in honor of the holiday season and there are holiday markets and Christmas dinners galore organized by local venues. This year, there will be at least two holiday markets: The first will be held on Sunday, Dec. 12, at Trafo, the municipal café lining the town’s main drag and the other will take place the following Sunday on Dec. 19, at La Pasión, a beautiful restaurant housed in the town’s signature stonework with a refreshing patio located on one of Bodrum’s tunnel-like side streets.

The popular expat hangout and hosts of regular English-language Quiz Nights, The Jukebox in Gümbet, will be having a party on Christmas Eve and on Christmas Day many restaurants in Bodrum organize special dinners.

In Fethiye, a town and region in Turkey that serves as a hub for the expat communities residing in the many surrounding popular vacation destinations of Çalış, Kaş, Kalkan, Kayaköy and Olüdenız, there are a number of festive holiday events that transpire at this time of year. One such event is the Christmas Craft Fair that will take place on Sunday, Dec. 5, along the shore of Çalış. Organized by the Çalış Children’s Charity (3C’s), expats and locals will be out in the masses for this lively and festival-like holiday bazaar that will have gift stalls, a parade, bingo and a Santa’s Grotto.

The Big Splash, aka the New Years Day Fancy Dress Dip, is another exciting event that transpires in Fethiye on New Year’s Day and involves local expat-heavy volunteers who dress up in fancy outfits to take a dip in the sea to garner support on behalf of local charities.

In Dalyan, Christmas is celebrated a little differently, as a steadfast tradition for the expat and local community has become to set up tables on Iztuzu Beach for a communal Christmas Eve feast like no other. Iztuzu beach is a popular nesting ground for Caretta carettas, also known as loggerhead sea turtles, and has thus been shielded from development. This means that the 4.5 kilometer-long (2.8 mile-long) stretch of beach that divides the Dalyan River and the sea is spectacular, to say the least, and it is a blessed opportunity to share in the holiday cheer in such a sacred environment. Strangers and friends gather during the day to dine together on a potluck feast on tables set up on the sand.

The tiny picturesque town of Dalyan, which straddles its eponymous river overlooked by 4,000-year-old mausoleums carved into the mountains, also hosts a Christmas market in its town square that will be taking place this year on Saturday, Nov. 27.