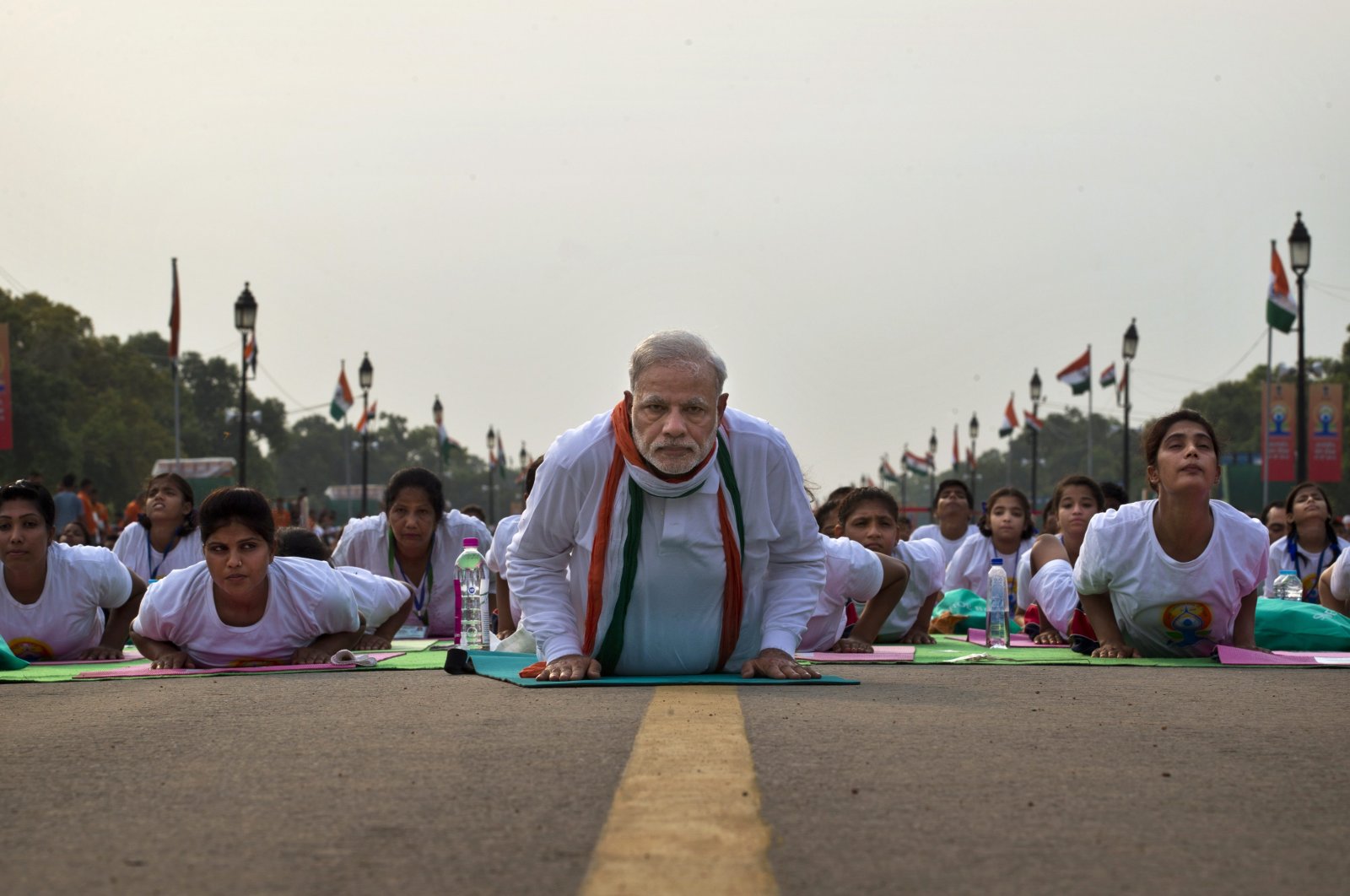 Indian Prime Minister Narednra Modi lies down on a mat as he performs yoga along with thousands of Indians on Rajpath, in New Delhi, India, June 21, 2015. (AP Photo)
by French Press Agency - AFP Jun 19, 2020 9:20 pm
RECOMMENDED

Indian Prime Minister Narendra Modi has extolled yoga as a way of building a "protective shield" of immunity against the coronavirus, as his nation battles a surge in infections.

Modi, a keen yoga practitioner who has long espoused the benefits of the ancient Indian practice, gave the advice in a YouTube message ahead of World Yoga Day on Sunday.

"We all know that until now nowhere in the world have they been able to develop a vaccine for COVID-19 or coronavirus," Modi said in the video published Thursday.

The Indian leader, a teetotal vegetarian, set up a ministry to promote yoga, Ayurveda and other traditional Indian treatments when he came to power in 2014.

The day normally sees masses of people gathering for public yoga events not only in India but worldwide, although Modi called for people to this year "go indoors."

Modi also hailed yoga as a way to ease the extraordinary stress people are enduring because of the virus.

"Yoga has the potential to cater to the mental, physical and psychological challenges. It puts to test how one can live in challenging times," he said.

In January, the Ministry of AYUSH (Ayurveda, Yoga & Naturopathy, Unani, Siddha, Sowa Rigpa and Homoeopathy) released an advisory on how ancient homeopathy and Ayurveda remedies could help Indians combat the coronavirus.

But experts, including the U.S.' National Institutes of Health, have warned that "no scientific evidence that any of these alternative remedies can prevent or cure COVID-19."

India's national and state governments have also stressed the importance of mask-wearing and social distancing.

The South Asian nation of 1.3 billion people is the fourth worst-hit country in the world with more than 380,000 virus infections, official figures show.