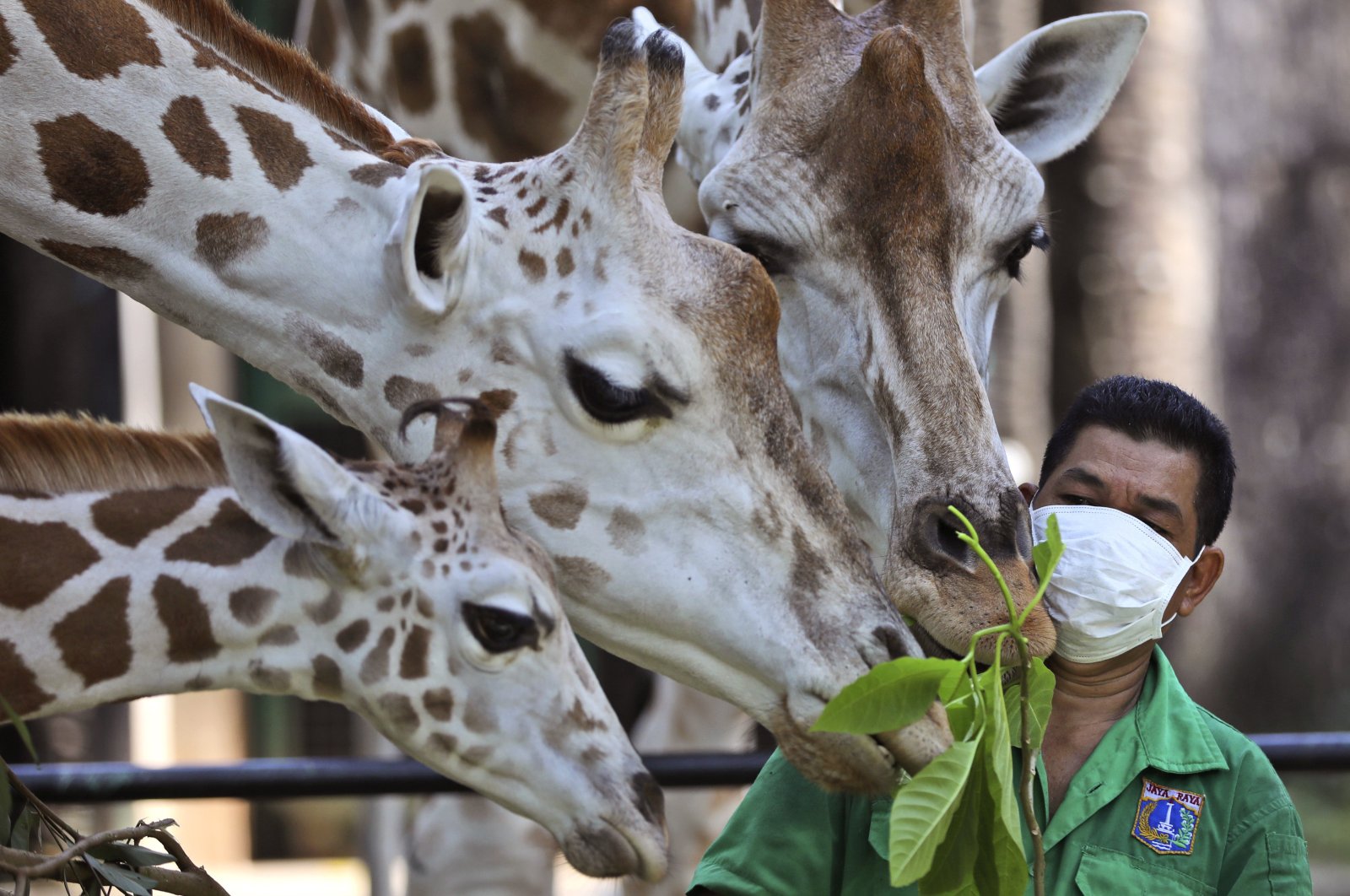 A zookeeper wearing protective face mask feeds giraffes at Ragunan Zoo prior to its reopening after weeks of closure due to the large-scale restrictions imposed to help curb the new coronavirus outbreak, in Jakarta, Indonesia, Wednesday, June 17, 2020. (AP Photo)
by REUTERS Jun 20, 2020 1:27 pm
RECOMMENDED

Indonesia's oldest zoo reopened on Saturday, but to a fraction of the normal number of visitors, after being forced to close more than three months ago due to the coronavirus pandemic.

The 156-year-old Ragunan Zoo, located in the capital Jakarta, is home to more than 2,200 animals, including many of the country's endangered species.

The zoo introduced precautionary measures to reopen, including a 1,000 a day limit on visitor numbers, markers to ensure social distancing, and health protocols.

"We are requiring people to use masks and not allowing pregnant women, children nine and under, or the elderly to visit," zoo spokesperson I Ketut Widarsana told Reuters.

Visitors said they were excited about the reopening and had been worried about the zoo's survival.

"During COVID-19, the zoo had no income from visitors, so I wanted to come to support it," Kusmana, who uses one name, told Reuters.

Others, such as Jakarta resident Budi Henry, said he and his wife felt safer in the open-air zoo than at indoor attractions and malls.

The zoo is owned by the local government and Widarsana said the animals had remained in good health and been closely cared for during the closure.

Some of Indonesia's smaller zoos have struggled to feed their animals during the pandemic. The Indonesian Zoo Association said in April that the majority of the country's zoos could not afford animal feed.

Indonesia reported 1,226 new coronavirus infections on Saturday, with 180 cases in the capital, bringing the country's total number of cases to 45,029.