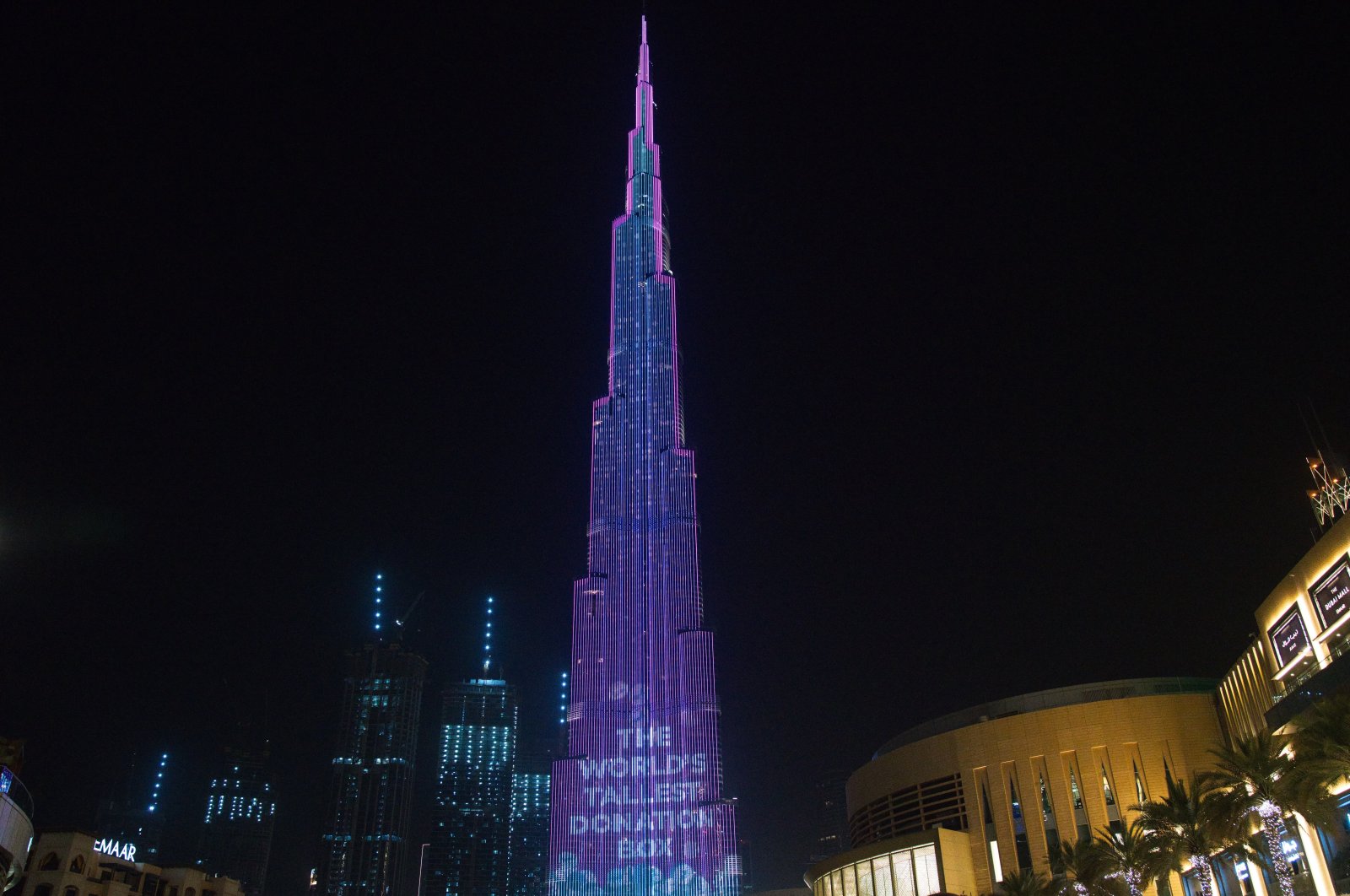 Social media stars in Dubai are facing an online backlash after staging what they billed as the "biggest baby gender reveal ever" on the world's tallest building in Dubai.

While some were quick to congratulate Anas Marwah and Asala Maleh on their second child as the needle-like Burj Khalifa lit up in blue for a boy, others criticized the extravagant light show.

Gender reveal parties are held during pregnancy to unveil the sex of the expected child, sometimes announced by pink or blue smoke fireworks.

The Dubai show coincided with a deadly blaze in California ignited by a firework at a gender reveal party.

"What a waste!" said one Twitter user, after reports that the couple – whose families originally come from war-ravaged Syria – had spent tens of thousands of dollars on the stunt, allegations they denied.

"We want to do something special but also memorable," Asala said.

The video of the event has been popular. By Sunday, it had been viewed more than 19 million times on the family's YouTube account, which has more than 7.8 million followers.

One critic took a more humorous approach to the event, tweeting: "Can you imagine the flex of these kids when they are older?"

"Dubai kid: My gender was revealed at the Burj Khalifa!

"American kid: that is nothing, mine caused a fire in California, burned more than 10,000 acres and caused pollution!"

The display also came amid a spike in coronavirus cases in the United Arab Emirates, whose daily toll hit an all-time high on Saturday with 1,007 infections.

"Glad to see the negative reactions towards the influencer gender reveal event on Burj Khalifa," said another Twitter user.

"Thought the pandemic would cause an end to how grossly money is spent for PR stunts."

Gender reveal parties have fallen out of favor recently.

Apart from the use of pink or blue fireworks, which are prone to causing accidents and fires, they are accused of reinforcing gender stereotypes.

Even the woman credited with inventing the trend – lifestyle blogger Jenna Karvunidis, who wrote about her own party in 2008 – has urged people to stop.

"For the love of God, stop burning things down to tell everyone about your kid's penis. No one cares but you."