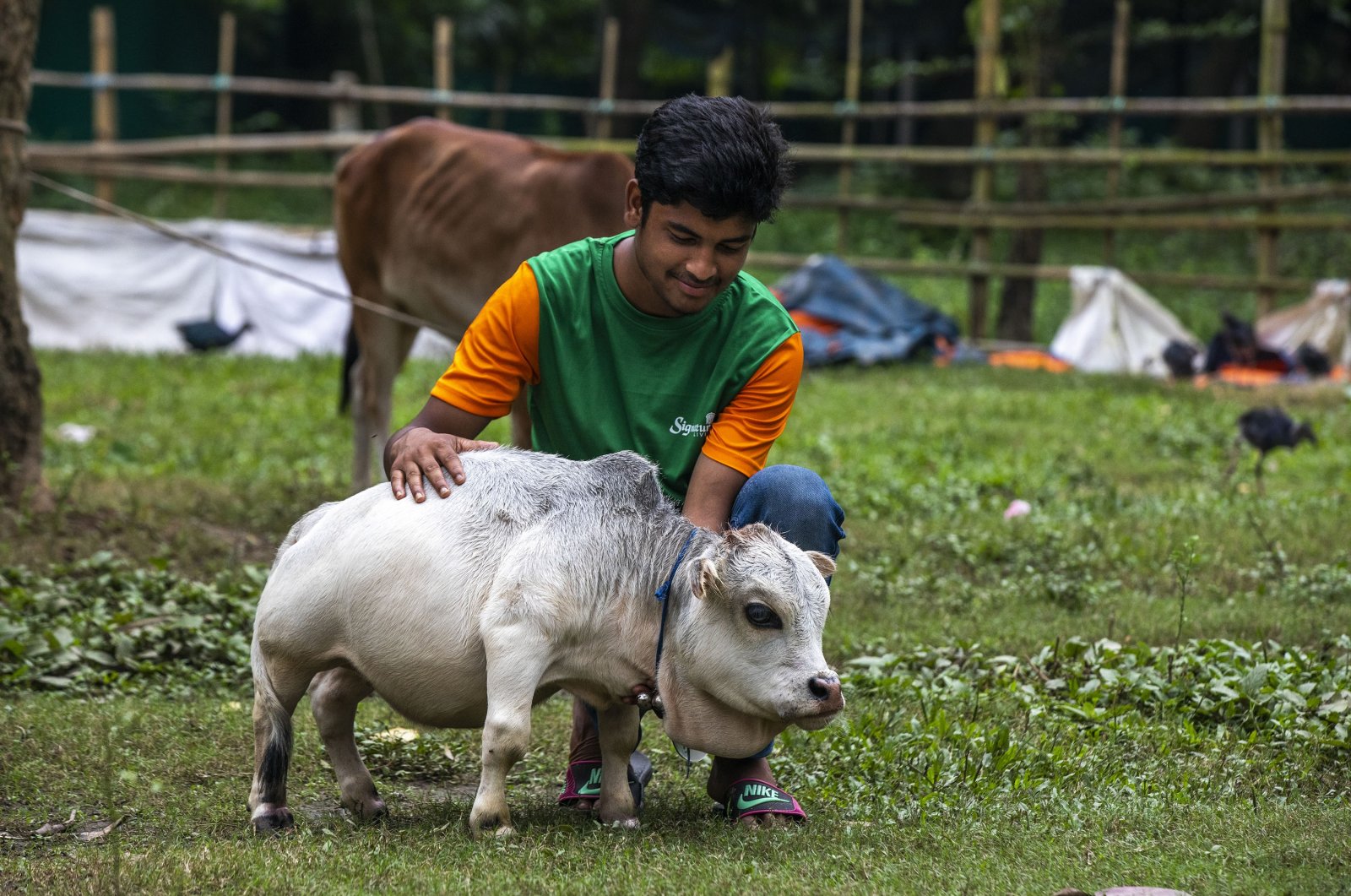 An attendant takes care of a dwarf cow named Rani, whose owners applied to the Guinness Book of Records claiming it to be the smallest cow in the world, at a cattle farm in Charigram, Bangladesh, July 7, 2021. (Getty Images)
by Anadolu Agency Aug 21, 2021 7:11 pm

Rani, who was just 51 centimeters (20 inches) tall and weighed a mere 26 kilograms (57 pounds), was in the running for the title of the world’s smallest cow.

"Rani’s stomach had swollen a lot and she was rushed for treatment at around noon on Thursday. However, the vets were unable to save her life and she died within hours,” Sajedul Islam, a local livestock officer, told Anadolu Agency (AA).

He said the swelling was due to "overeating and gas accumulation in her stomach.”

Rani had become a local celebrity in Bangladesh, with thousands flocking to her farm in the Savar area near the capital, Dhaka.

Another Bangladeshi official said in a Facebook post that authorities have informed the Guinness Book of Records about Rani’s death.

The crown for the world’s smallest cow is currently held by Manikyam in neighboring India, who is 61.1 centimeters (24 inches) tall.