Made with mischief? Blue 'smurf cats' spotted in Istanbul 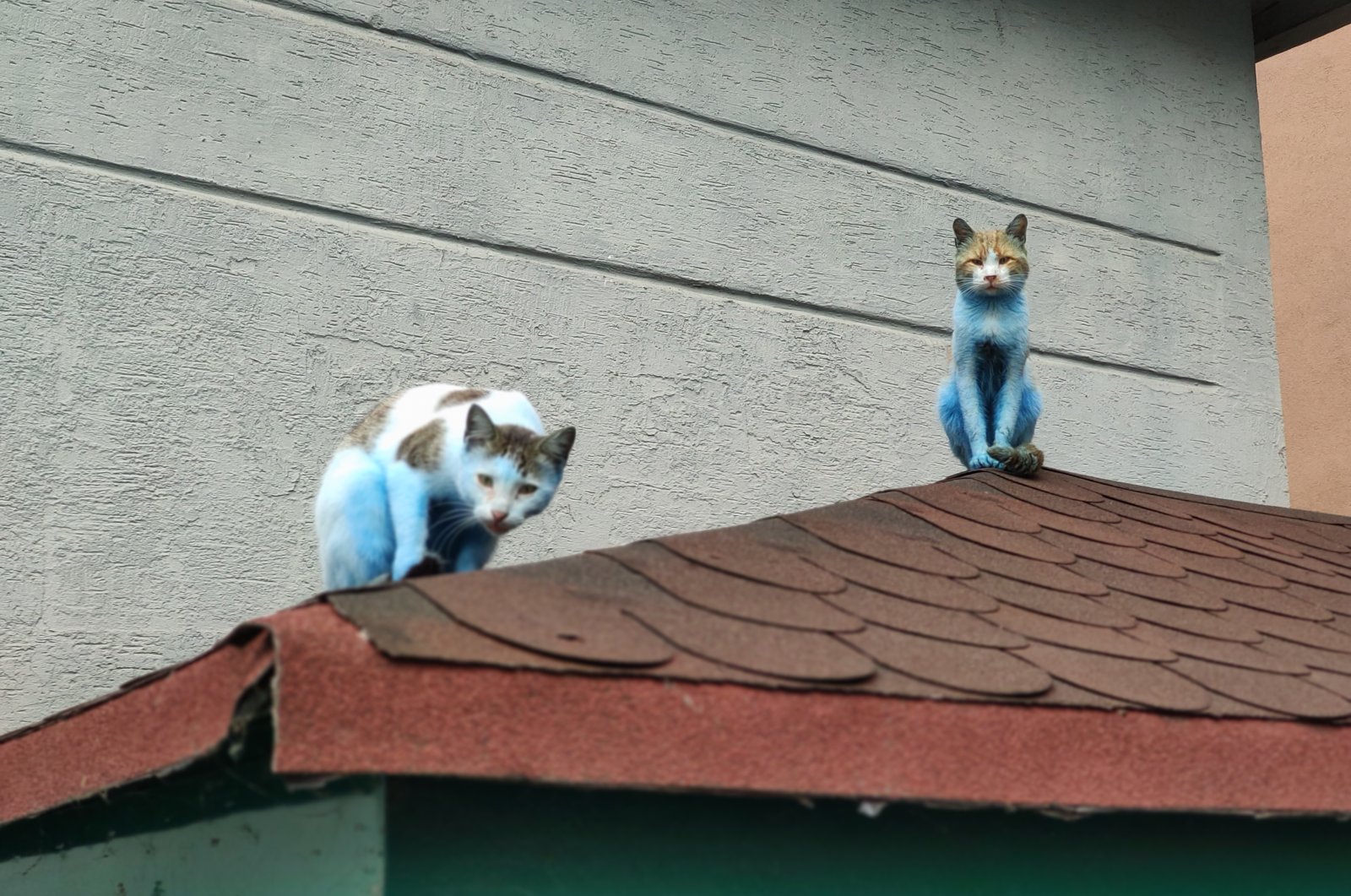 A clowder of cats, sporting a new smurfish look, was spotted in Istanbul's Küçükçekmece district this week, in what locals believe is likely a mishap with some blue paint.

The cats' mischievous makeover came about after unidentified people spilled blue paint on the grounds of a parking garage of a building complex in the Halkalı neighborhood, prompting the furry felines to investigate.

Tossing and turning in the paint, the cats' fur soon turned blue all over, garnering some disbelieving looks and shocked gasps from the locals.

Although most believe it was just a result of some catty curiosity, some locals said they believed foul play was involved. There have been similar incidents where people have spray painted stray cats and dogs in acts of animal cruelty.

Speaking to Ihlas News Agency (IHA), resident Bülent Esmer said they were shocked when they saw the cats.

"I had never seen a 'blue' cat before, and we were very surprised as fellow animal lovers. We condemn this incident if it was done on purpose and not by accident. To me, they look like they were sprayed with paint."

He added that they will alert authorities about the situation and contact veterinarians to see if they could get the cats adopted by some good people.