Marie-Antoinette diamonds up for auction for first time in Geneva 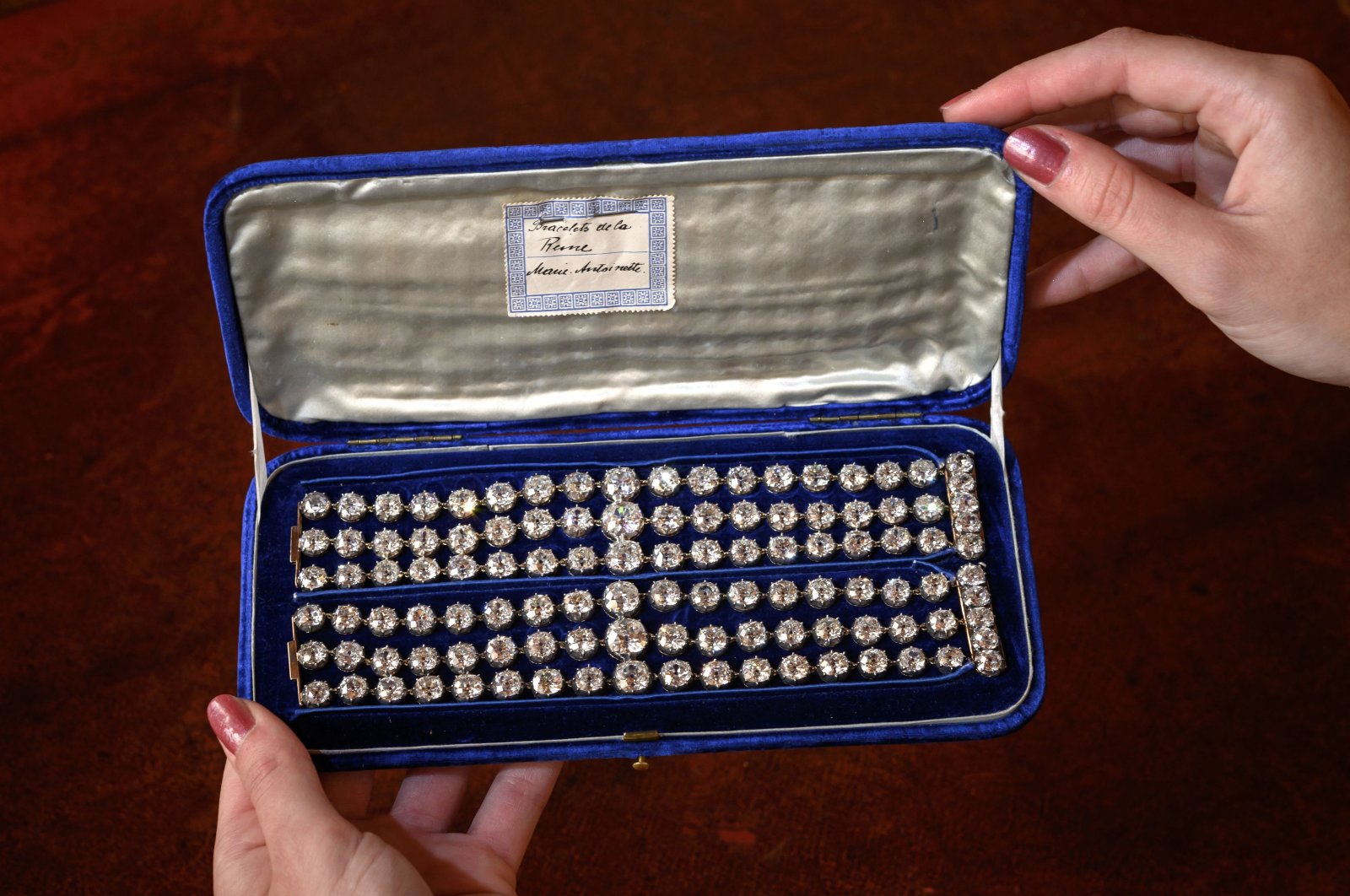 Two splendid diamond bracelets that belonged to French queen Marie-Antoinette will go under the hammer in Geneva later this year, the auction house Christie's said Wednesday.

The bracelets, coated with 112 diamonds in total, will be sold together and are estimated to fetch between $2-4 million when they go under the hammer on November 9.

That estimate "includes not only the intrinsic value of the diamonds, but also the possibility to wear jewellery that was once worn by the famous queen Marie-Antoinette," Christie's jewellery specialist Marie-Cecile Cisamolo told Agence France-Presse (AFP).

The historic jewels could meanwhile easily go for far more than the asking price.

"As seen in recent Geneva sales, the market for jewels of noble provenance continues to perform extremely well," Francois Curiel, the chairperson of Christie's luxury division, said in a statement.

In 2018, a natural pearl and diamond pendant that belonged to the ill-fated French queen was estimated by the Sotheby's auction house at $1 million to $2 million but was snapped up for $36 million.

Marie-Antoinette, the last queen of France before the revolution, was guillotined in Paris in October 1793 at the age of 37.

But Cisamolo said that it was not just their history that made the bracelets extraordinary, pointing to the large size of the diamonds, which range from around 1 to 4 carats.

"It is very difficult to measure their exact size, because these are antique diamonds, and back then the sizes were less precise," she explained.

While lacking the precision of today's laser-cut gems, Cisamolo stressed the charm and uniqueness of antique diamonds.

In total, Christie's estimates that the bracelets comprise 140 to 150 carats.

They are each composed of three rows of gems and can be connected together and worn as a necklace.

According to Christie's, Marie-Antoinette ordered the bracelets from jeweller Charles August Boehmer in Paris in 1776, two years after she ascended the throne.

Then the revolution arrived.

Before attempting to flee France with king Louis XVI and their children, Marie-Antoinette first made sure her jewels were sent out of the country.

They were sent to Brussels, governed by her sister Archduchess Marie-Christine, before being sent on to the French queen's native Austria, ruled by her nephew, the emperor.

In 1792, the royal family was imprisoned in Paris. The king and queen were executed the next year, and their 10-year-old son Louis XVII died in captivity.

Only their daughter, Marie Therese of France, survived. She was freed in December 1795 and sent to Austria, where she was given her mother's jewels.

"These jewels can thus be traced all the way back to Marie-Antoinette," Cisamolo said, adding that she hoped whoever bought them "will cherish them for the rest of their life."

"Not only are you wearing something that Marie-Antoinette wore," she said. "The diamonds are extraordinary."

The bracelets, she said, showing off the gems glistening on her wrists, "flow. It is as though you are wearing fabric."