Largest ever Russian diamond to be auctioned at Christie's 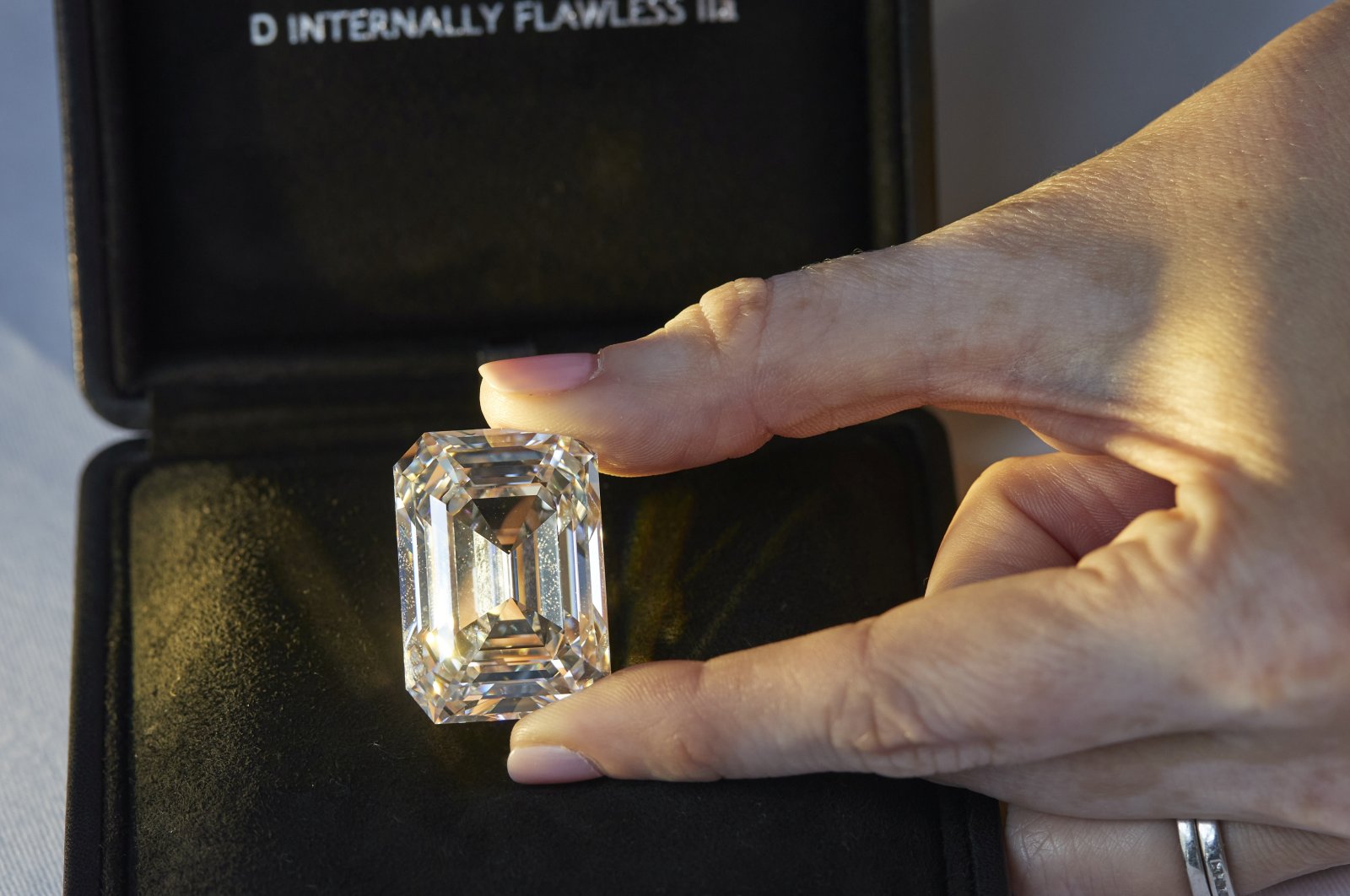 A Christie's staff member holds a D color, internally flawless rectangular step-cut diamond of 100.94 carats during a preview at Christie's before its auction sale in Geneva, Switzerland, May 7, 2021. (Reuters Photo)
by REUTERS May 07, 2021 8:25 pm

Alrosa Spectacle, a 100.94-carat diamond that is thought to be the largest ever cut in Russia, will be auctioned in Geneva later this month.

"This fantastic 100 carat D color diamond was cut from a rough stone that originally weighed more than 200 carats. It was called the Sergei Diaghilev rough diamond and it was mined in 2016," Marie-Cecile Cisamolo, a specialist in the auction house's jewelry department, said.

"Between the rough and diamond that we're offering today, it took one year and eight months to cut into this perfect stone."

The diamond is one of 144 lots on offer in the sale, which also includes rings, earrings, brooches and other pieces made with diamonds, sapphires and rubies.